Scentsy, the official fragrance products of the Walt Disney World Resort, is celebrating Valentine’s Day with one of the most beloved Disney Princesses of all time. Releasing today between 9:30 and 10:30 am PT is an updated version of the sold-out 2020 Cinderella Carriage warmer, a new mini-warmer, the return of the fragrance “Cinderella: Happily Ever After,” and the first Disney licensed Scentsy room spray in “Disney Princess: True Love Awaits. The new version of the Cinderella Carriage Scentsy Warmer is mostly identical to the original release. It’s perched on metal wheels and uses a heated plate under the dish to warm the wax, with a ring light to provide an illuminated glow. What’s different about this release is the glass trey, which features different silhouettes of Cinderella and characters from the film, now with gold accents instead of the original white. The new version retails for $95.. 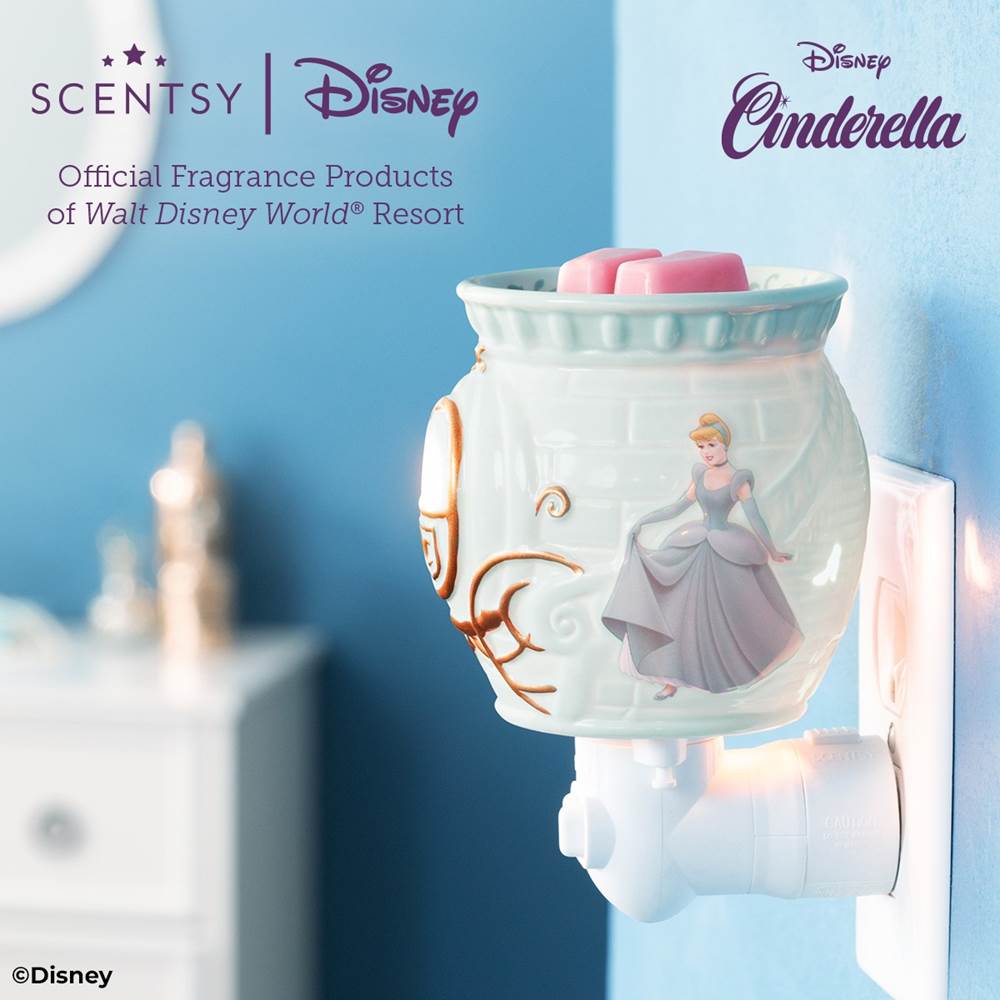 The new mini-warmer is perfect for smaller rooms and adds more elements of Cinderella’s story. In addition to the pumpkin coach on the front, one side features Cinderella descending the steps of the palace, her glass slipper behind her in silhouette. The opposite side features the Fairy Godmother casting her magic and the wax dish features the clockface striking midnight. 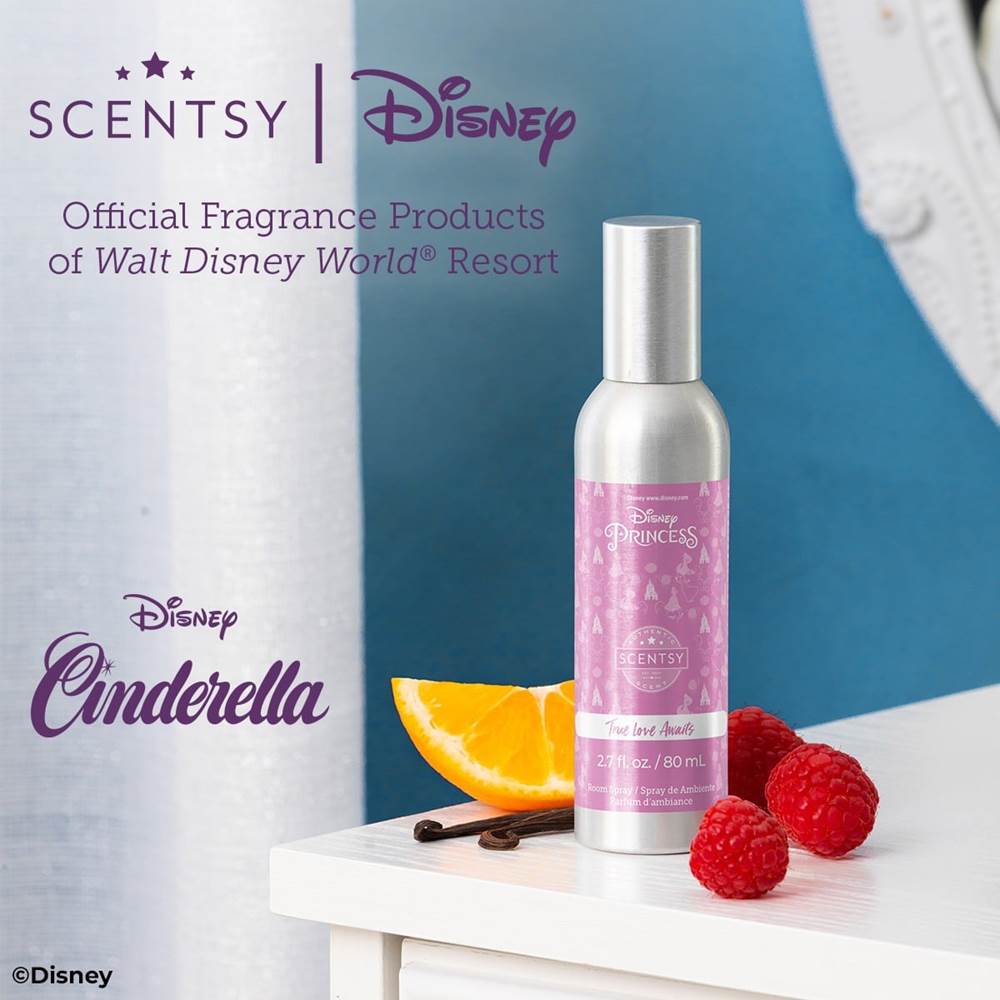 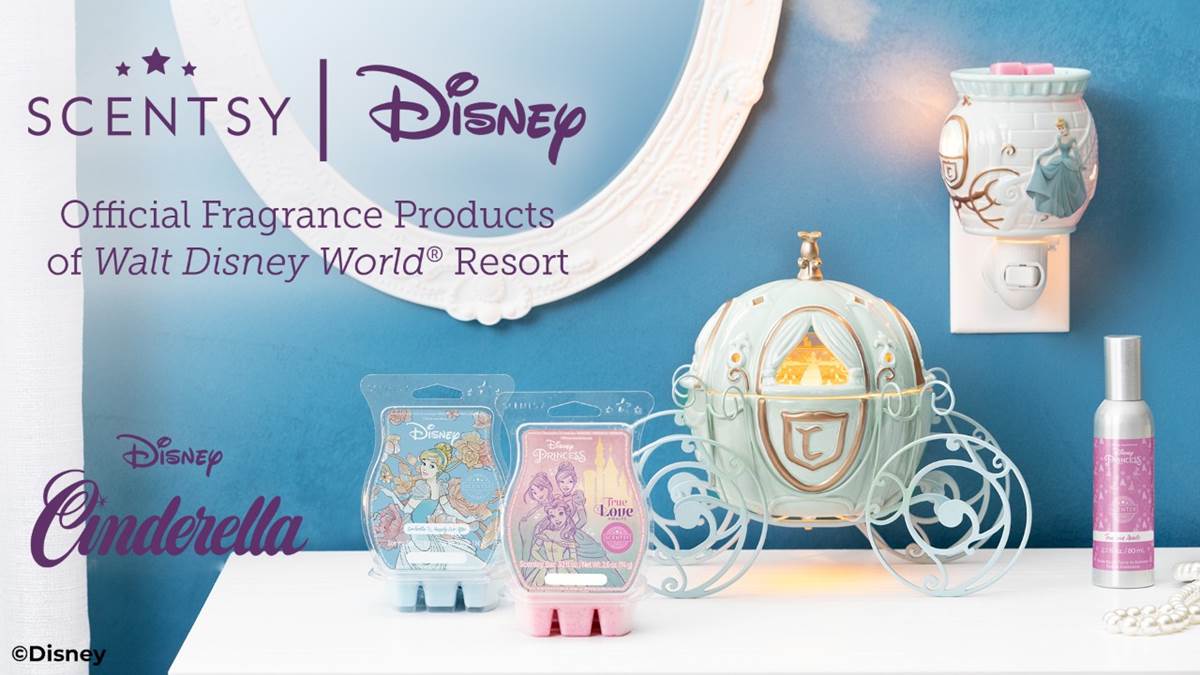 Alongside these products is the return of one of the first Disney Scentsy fragrances ever released, “Cinderella: Happily Ever After.” The floral fragrance contains gardenias and forget-me-nots with notes of lemon.