Marvel Studios broke the mold with the third film in phase four, Eternals, now available on home video formats. This review covers the 4K/Blu-Ray/Digital combo pack, branded as the “Ultimate Collector’s Edition,” although the bonus features aren’t as expansive as fans would’ve liked. The main reason to bring it home is to complete an ongoing collection or for the consistent video quality that beats streaming platforms. 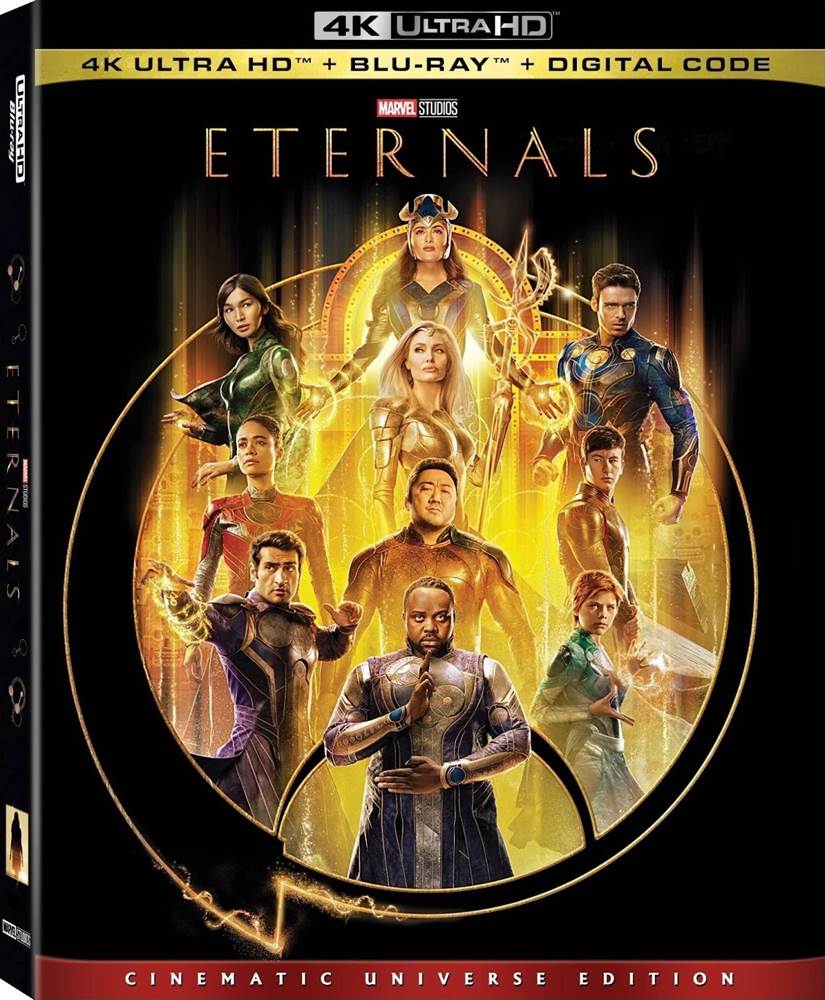 Eternals have been on Earth for over 7,000 years, an unseen presence that helped mankind flourish from the shadows while protecting the world from Deviants. Having defeated them all, they’ve lived peaceful lives apart from each other, but when Deviants suddenly reappear, they must reunite to fulfill their mission.

Featuring an all-star cast including Gemma Chan, Richard Marsden, Angelina Jolie, Kumail Nanjiani, and Salma Hayek, Eternals introduces one of Marvel’s lesser-known comics to the MCU. While presenting its own self-contained story, the plot is connected to the aftermath of Avengers: Endgame and also ends with a substantial segue into an upcoming film. And under the direction of Academy Award-winning director Chloé Zhao, Eternals feels like a tonal shift from most MCU fare.

A brief collection of bonus features accompany the home video release, but it’s a far cry from a comprehensive behind-the-scenes feature. For Disney+ subscribers, the good news is that a longer making-of feature will begin streaming on February 16th, a day after the home video release. The streamer also has a viewing option that has never been included on Marvel home video releases, the IMAX ratio version of the film, which Chloé Zhao talks about during the audio commentary.

Eternals comes in a standard black 4K Blu-Ray case with disc holders on either side of the interior. The 4K disc has disc art, the Blu-Ray disc is blue with white text. Inserts include a flier for the Disney Movie Club and a digital copy code through Movies Anywhere. An embossed slipcover with holograph accents is included with the initial pressing. The main menu features silhouettes of the Eternals underneath their ship, set to score from the film.

Marvel’s Eternals comes to home video with stunning picture and sound, but a lackluster supplemental package. With a true making-of feature coming to Disney+, where fans can also view the IMAX version, this “Ultimate Collector’s Edition” 4K/Blu-Ray/Digital release feels like less of a must-own than it should be for Marvel fans. It’s likely to appeal more to collectors and videophiles than casual Marvel fans hoping to get the behind-the-scenes experience. 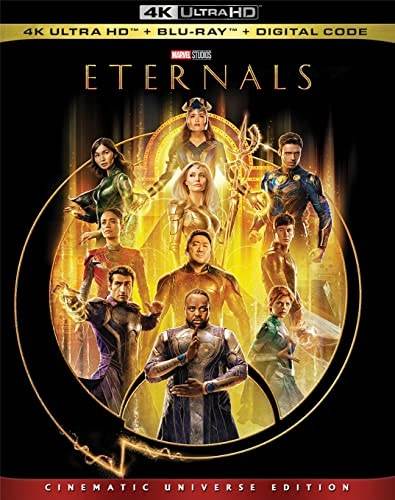 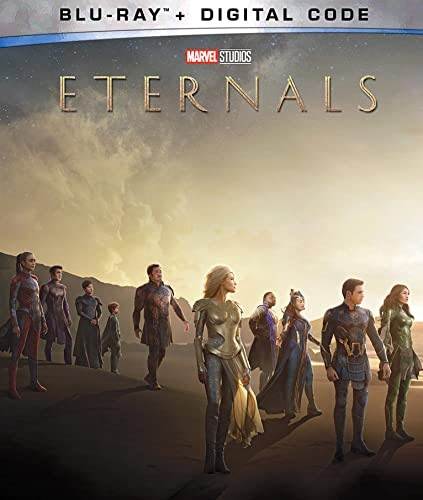