“We've been careful to maintain the sensitivity about who is rich and who is shameless,” showrunner and producer of Rich & Shameless Tom Lindley said at a TCA press conference to promote the new TNT docuseries. “Shameless behavior could be by rich people or it could be by people who wanted to be rich. And I think it’s not a brush that you tar everybody with at all. It just seems that great wealth does tend to bring some poor choices.” 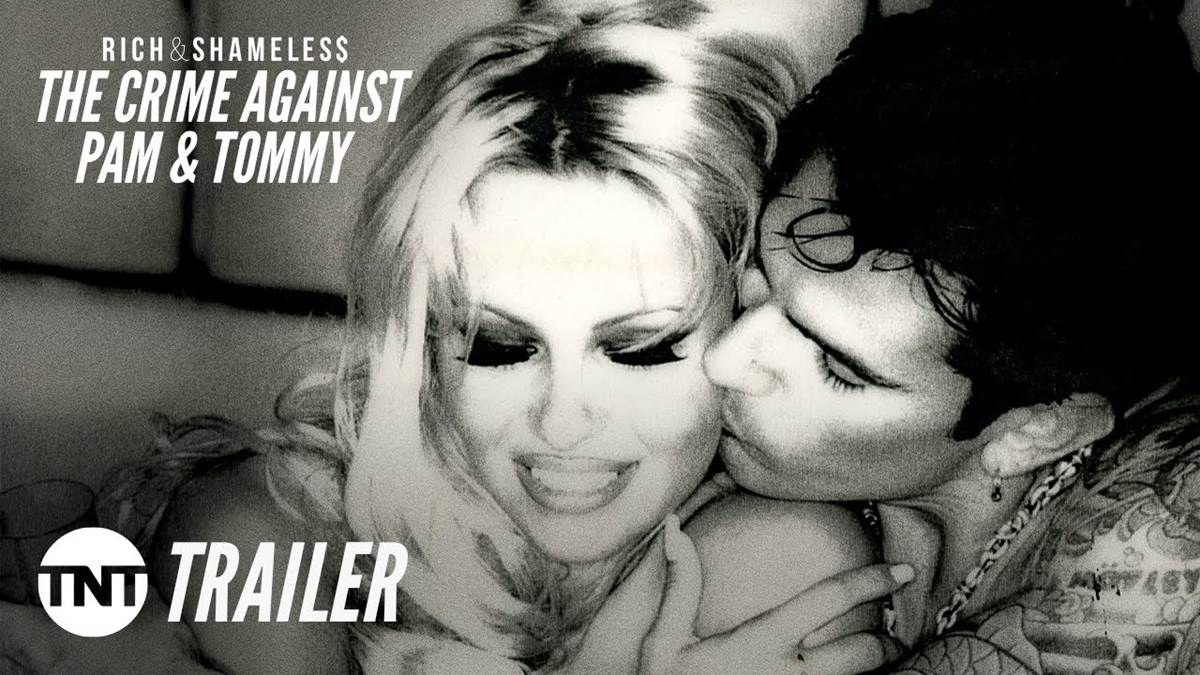 Coming this summer, TNT will debut the first film in the Rich & Shameless series with a special preview on Saturday, February 19th. Titled “The Crime Against Pam & Tommy,” the first film offers background on the same source material that inspired Hulu’s new scripted series Pam & Tommy. “It’s such an unusual, bizarre tale that to be the only person to tell that story would be unusual,” said Jenny Popplewell, director of two features on Rich & Shameless, including the special preview film. “I wasn’t surprised that there was another telling of this. It’s a shame that you can’t be the first people to break the story in such a visual way and such an explosive way, but I welcome another way to correct the narrative for Pamela. And I think the more people that know the truth, the better. And whether that comes in drama form or documentary, I think that’s good. So I was excited that it’s going to be, and is, so high profile, but also at the same time not too surprised that we wouldn’t be the only people telling this story.”

The director also revealed that the stars at the center of the scandal were offered the ability to participate. “We reached out to Pamela Anderson right at the start and to Tommy and asked them if they would like to be involved,” Jenny revealed. “And we heard back through their representatives that, no, it’s just a period of their time that they’re not interested in looking at again. But there were people that we invited into the film who were very close to Pam and Tommy, who had been their best friends during that era, and were able to speak on their behalf. They’re championing their story. They’re making sure that people understand that they had absolutely no part in this and they tried for years to stop this tape getting out. Until I worked on this, I had absolutely no idea to the lengths they went to and to the lengths that the people in this film went to, to ensure that it was seen by the public. I don’t know if this could happen today, but it’s quite an extraordinary tale of a domino effect where this tape goes from one hand to the next and each person comes up with a new plan as to how to get this out there despite legal battles from Pam and Tommy. So Pam has given interviews for many years and stated that she has never seen the tape, that she didn’t release it, that she didn’t make any money from its release. And I still think that we didn’t really listen and we didn’t really acknowledge what she was saying and when I look back at archive of interviews in 2015, 2017, it’s still kind of a joke. People are still laughing at her, or with her, or she’s laughing with them, and I think that’s been quite a key part of this film is to turn that dial up and say, ‘It wasn’t a laughing matter, we needed to take her seriously.’ This was revenge porn before we knew it was revenge porn. And I think that’s what this job is going to do. It’s going to settle that truth for her and maybe it won't be brought up again in interviews to be laughed at.”

Additional subjects on Rich & Shameless include the Girls Gone Wild phenomenon, the mysterious death of Gerald Cotten, Clare Bronfman’s sex cult, the battle between Martin Shkreli and The Wu-Tang Clan, the disappearance of NBA great Bison Dele, and Peter Nygard’s quest for eternal youth. “We have a very good team of people who spend a lot of time reading a lot of things, and it takes a great deal of effort to identify stories that I think have an endpoint where the audience are going to have an idea about what the subject is but perhaps don’t know the full story,” Tom Lindley explained about how subjects were chosen. “There’s got to be a ring of familiarity to it. Then you’ve got to be able to ascertain whether you think you could get people who are interesting to talk about that subject.”

The filmmakers also took a sensitive approach to each interview. “We had to start with a degree of sensitivity towards the people who were talking, primarily,” Tom shared. “I think when you spend a lot of time with the subjects of these films, it’s quite — I don't think you feel happy about it. I think you feel angry a lot of the time. These are people who in a lot of cases behaved extremely badly. And the people we've interviewed and who've come forward to talk have often been very nervous and worried about that. And I think our key requirement has been to respect that sensitivity and try and tell their stories primarily.”