We’re sad to share that Oscar, Emmy, and Tony-winning set and costume designer Tony Walton has passed away at the age of 87. For Disney, he is best known for providing costume designs for Mary Poppins and helping the Sherman Brothers develop their approach to adapting and writing songs for the Winnie the Pooh shorts. 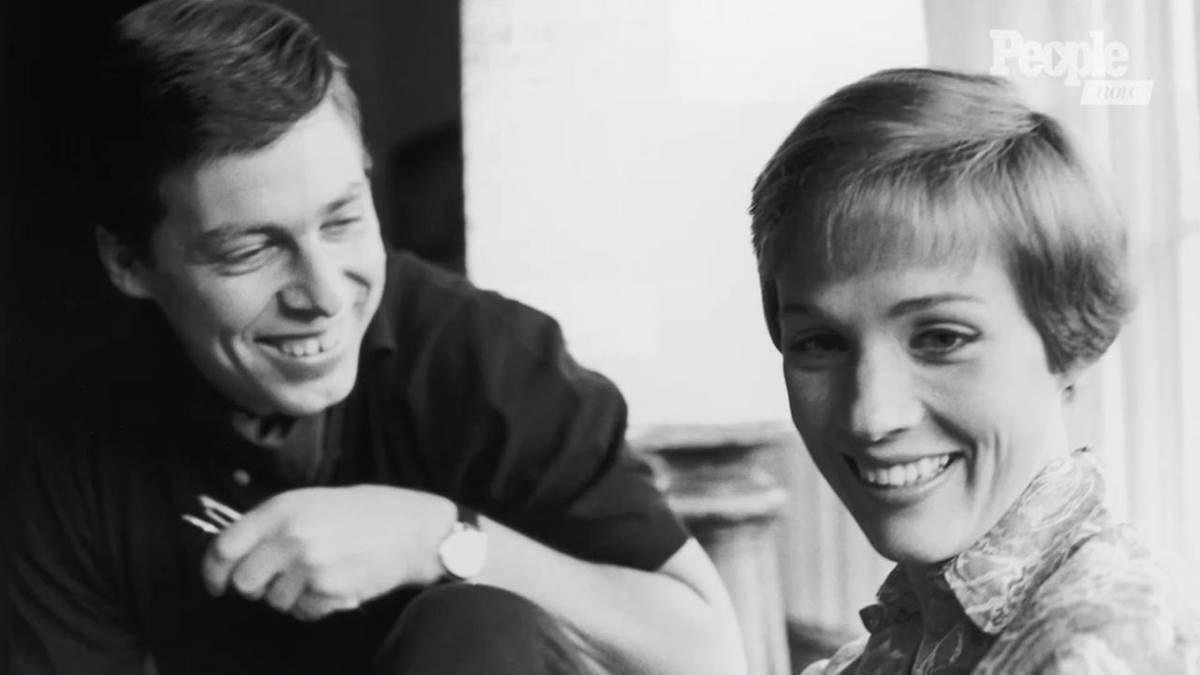 Tony Walton was born on October 24th, 1934 in Walton-on-Thames, England. Tony was childhood sweethearts with actress Julie Andrews, falling in love with her in their teenage years and marrying her in 1959. He studied Greek and Latin at Radley College in Oxford and attended the Slade School of Fine Art in London. His career in theater began in 1957 in London, following Julie Andrews to New York and continuing his set and costume design work on Broadway.

Tony Walton’s career in film began the same way Julie Andrews’ did, through Walt Disney. When Walt attended a performance of Camelot and met Julie Andrews backstage, proposing her for the lead in Mary Poppins, she asked if there could also be a job for her husband. Walt Disney took a look at Tony Walton’s portfolio and hired him as costume designer, set designer, and visual consultant for Mary Poppins, for which he earned his first Academy Award nomination.

During his illustrious career as a sed and costume designer, Tony Walton worked alongside stage and screen legends including Bob Fosse, Sidney Lumet, Paul Newman, Mike Nichols, Ken Russell, Volker Schlöndorff, and Francois Truffaut. His Broadway credits include Chicago, Our Town, The Man Who Came to Dinner, Annie Get Your Gun, 1776, and A Funny Thing Happened On the Way to the Forum. He won three Tony Awards for Pippin, The House of Blue Leaves, and the 1992 revival of Guys and Dolls. Later in life, he became a theater director and producer but still contributed to designs. He even reunited with his first wife Julie Andrews as the production designer on her 2003 revival of The Boy Friend.

Film and television work continued between theater projects, winning an Oscar for art and set decoration in All That Jazz in 1979. His other film work includes The Wiz, Murder on the Orient Express, Fahrenheit 451, The Boy Friend, and The Glass Menagerie. He also won an Emmy for a television adaptation of Death of a Salesman in 1985 that starred Dustin Hoffman and John Malkovich.

Tony Walton was recently featured in the Mary Poppins episode of the Disney+ original series Prop Culture, where he was reunited with costume pieces from the film.

Tony Walton is survived by his second wife, author Gen LeRoy Walton, daughters Emma Walton Hamilton and Bridget LeRoy, and five grandchildren. Our hearts go out to his family and friends during this difficult time.

We are deeply saddened to hear of the passing of Oscar-, Tony-, and Emmy-winning set and costume designer Tony Walton. Among his legendary film credits, he was the costume designer & visual consultant for the 1964 classic Disney film Mary Poppins.