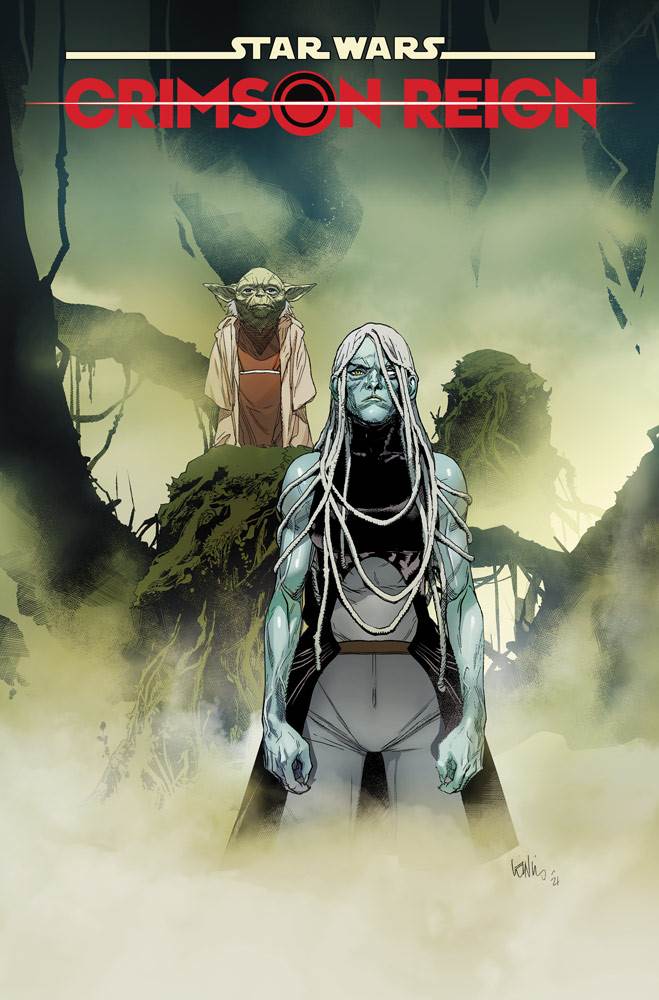 Marvel’s current miniseries event Star Wars: Crimson Reign is taking an interesting approach to its storytelling: each issue after the first has zoomed in on a member of Lady Qi’ra’s cabal– the Crimson Dawn acolytes who are helping Han Solo’s former girlfriend in her attempt to take on the Sith Lords currently ruling the galaxy during the period between The Empire Strikes Back and Return of the Jedi.

Last month we got the story of Crimson Dawn’s two top assassins: Deathstick and Ochi of Bestoon, next month we’ll find out how the Knights of Ren got involved in Qi’ra’s quest, and in issue #3 of Crimson Reign (out today) writer Charles Soule dove into the backstory of what is perhaps the comic’s most intriguing character– the enigmatic being known only as the Archivist. 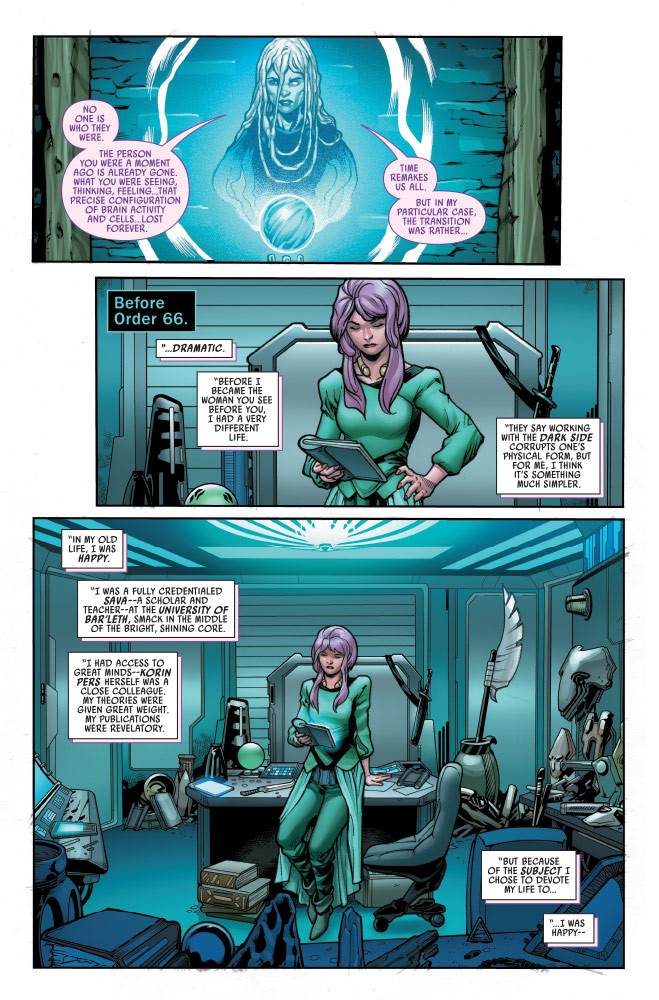 Well, she was known only as the Archivist until this issue, which gives her previous name as Madelin Sun (almost certainly a nod to real-world Lucasfilm archivist Madlyn Moskowitz)– a scholar who studied the dark side of the Force prior to Order 66. Once the Jedi Order was eliminated and their beliefs outlawed by Emperor Palpatine, Sun gave up her academic pursuits and worked as a junk dealer until one day when the Empire came calling. Rescued by Qi’ra, Sun was then enlisted to track down Jedi Master Yoda in his exile– a task she performs successfully, though the question remains whether she wishes to divulge her findings to Crimson Dawn. Along the way she interrogates Jeremoch Colton (the character played by original Boba Fett actor Jeremy Bulloch in Star Wars: Episode III – Revenge of the Sith) and finds that she has a distaste for using the Ascendant’s dark-side artifacts Qi’ra has in her collection. I loved getting an entire issue’s worth of information about the Archivist, and especially appreciated how this relatively new character’s history was built around already-familiar events in the Star Wars timeline. It’s also great to get an exploration of exactly how the galaxy almost completely forgot about the Jedi Order in such a short amount of time (the answer is pretty much what you’d expect– threat of punishment by the Empire– but I’m still glad it was addressed in-universe). This installment  is nearly spilling over with fresh additions to franchise lore, constructed around the framework we already know and love, which to me is the best possible way to introduce new elements into this ever-expanding canon. I’ve established time and time again that I believe Charles Soule knows what he’s doing in crafting these Star Wars stories, and the art by Steven Cummings continues to go a long way in helping the writer achieve his goals. This is the middle chapter of the middle series of Soule’s current Qi’ra trilogy, and I adore how much of it is being spent building out the characters involved so we care that much more when things happen to them. Consequently, I’m expecting big things when Star Wars: The Hidden Empire rolls around this summer.