Will Pam & Tommy have a happy ending? On the final episode “Seattle” the fallout of the sex tape will have lasting consequences. Fans have packed into the parking lot of Tower Records. Motley Crue is ready to release their next album. Grunge rock fans watch from the side but see little relevance in the aging hair band. Tommy Lee (Sebastian Stan) might be happy, but music has passed them by.

Pam (Lily James) is auditioning for a role in Warner Bros. L.A. Confidential. Confident that she is the perfect person for the role of the Veronica Lake look alike, the couple seems to have rebounded from the Penthouse lawsuit and the disaster that Barb Wire was. As Tommy states, life couldn’t get any worse.

For Rand Gauthier (Seth Rogen) life has gotten worse. He not only owes money to Butchie (Andrew Dice Clay) to pay off that debt, but he’s also become the gangster’s personal enforcer and debt collector. Desperate to be free of this criminal life, Rand asks how much he must pay to be free of his debt. Gauthier must come up with ten thousand dollars and Butchie will let him go.

Pam’s confidence is shattered when she learns that Kim Basinger got the part over her (Basinger would go on to win the Oscar for a brilliant performance). Motley Crue is supposed to play at the MTV Video Music Awards but is annoyed when the band’s performance gets bumped to the pre-show warm up spot. The notoriety of the tape needs to die down before Pam and Tommy can be taken seriously by Hollywood again.

Depressed, Rand is trying to figure out why the world has turned on him. After visiting a physic, he realizes that in his quest for justice on Tommy Lee, he has harmed an innocent person, Pam. While Rand has his awakening moment, the lawsuit filed by Pam and Tommy is thrown out. Since Seth’s company is not charging to watch the video, they can continue what they are doing.

Hounded outside their home by paparazzi, Tommy and Pam make a dash through the media scrum line, only to be accosted by Rand who has launched himself onto their windshield. Desperate to apologize, Rand flies off the car as Pam and Tommy speed away from the press.

Since the rights of the tape are held by Pam and Tommy, anyone can broadcast it for free online. Seeing an opportunity to corner the market, Seth approaches the couple about buying the rights to the tape. If Seth and his company were to own the rights, they could put up a paywall which would force other sites to take down their broadcast of the tape. Tommy and Pam are not happy with this suggestion. 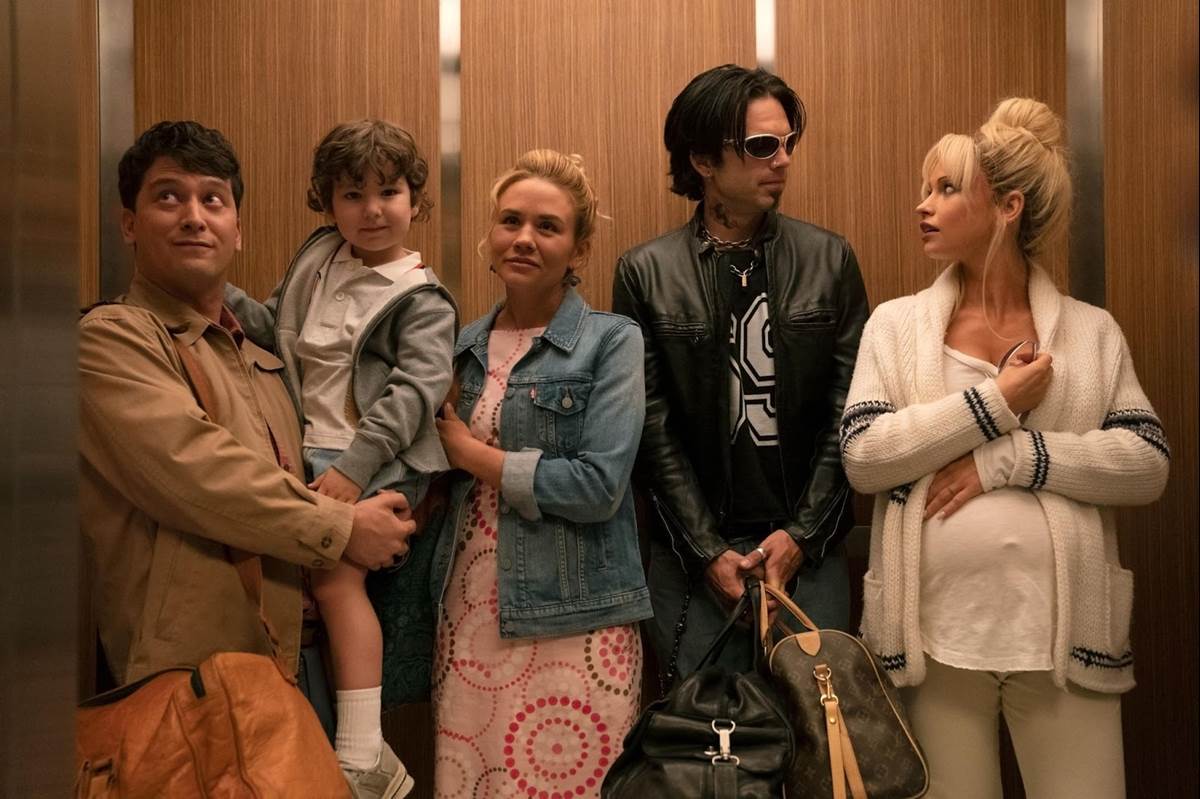 The couple tries to escape the madness of their life and head off to Las Vegas and Lake Meade. In Vegas they get a hotel suite, but they can’t escape the insanity that the tape has created. Pam finds Tommy at the hotel bar drunk and laughing about the tape as some fans laugh along with the inebriated rock star. Pam has had enough and leaves. Finally making it home, Tommy is forced to sign over rights to the tape, for no cost, at Pam’s insistence.

Tommy has no desire to give the tape away, and he wants to know what would happen if he refused to sign the papers. The love this couple had is fading fast. Tommy realizes what his future may hold, and his anger boils over. Throwing objects and screaming, he signs the papers.

Focused on apologizing for his actions, Rand seeks out a Pam Anderson lookalike for his penance. After making amends to the imposter, Seth Warshavsky comes knocking on his door. While Warshavsky has been able to claim that tape for his company and knock out his competitors, he doesn’t have the master tape with the best quality. Offering Rand ten thousand dollars for the master tape, it’s almost as if karma has rewarded Rand for his absolution.

Selling the tape, Rand has a decision to make, he could pay off his debts to Butchie and be free, or he could continue to make amends for his past actions. He chooses the ladder and gives the money to his ex-wife Erica (Taylor Schilling).

The tape becomes private property and life continues. Pam gives birth to a baby boy at home with her husband by her side, but the happiness ends quickly. By 1998, Pam files for divorce from Tommy after he pleads to an assault charge.

Seth Warshavsky’s company distributes the sex tape with Vivid Entertainment for millions of dollars, which would go on to earn millions more. Pam and Tommy try to reconcile in 2008, but that doesn’t last long.

Rand Gauthier fades into obscurity, occasionally claiming that he is the genius who leaked the Pam and Tommy sex tape. 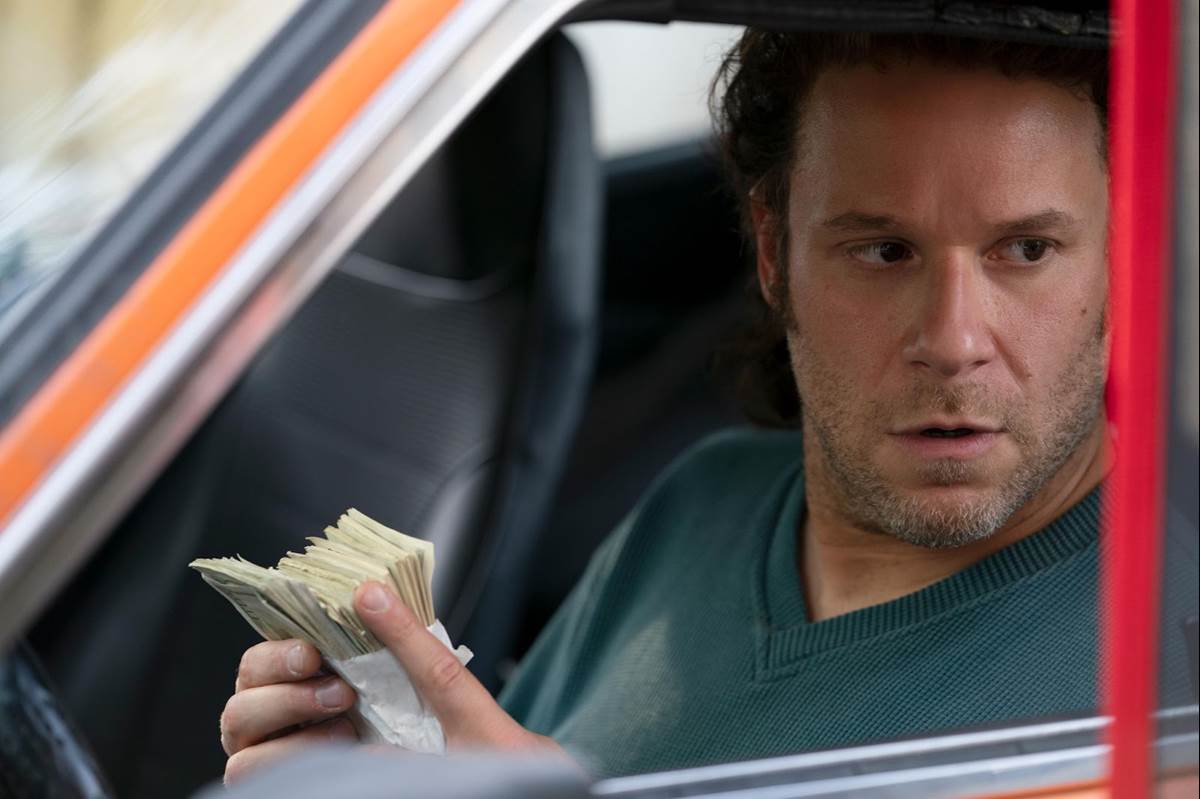 Wow! This show was brilliant. While the series was filmed without Pamela Anderson’s consent, I applaud the producers for taking the opportunity of humanizing two people who were very much maligned in the press and in public opinion. Not only did Pam & Tommy offer humor, but it never once chose to poke fun at Pam or Tommy.

For the first time on television, we see the story of what this leaked sex tape did to the participants, and how it ruined their lives. Lily James and Sebastian Stan not only captured the essence of Pam and Tommy, but they made the audience feel for them.

On a subject that is a focus of the national spotlight, where others have chosen to mock and insult, Pam & Tommy makes the audience think about this historical moment, evaluate it for what it meant, and why exploitation is never something to mock. The degrading treatment that the media gave to the couple, especially Pam, and the unwillingness for the law to stop this abuse is appalling.

I think the lesson of Pam & Tommy (beyond the fact that every actor deserves awards for their work) is that our actions always have consequences, and that by using the internet to exploit someone else is just about the vilest thing to do. A leaked sex tape is not something to celebrate. The fact that Rand Gauthier perpetrated this crime and faced no real consequences because the media and the law victimized Pam for her career choices highlights the gender inequity that is still rampant today.