After a few weeks of severe romantic tension, we’re all anticipating Sam and James getting together and… soon. This week’s episode is called “James” which only strengthens our case, but as this week unfolds it looks like we’re going back in time. Well, one would hope as we see the sobriety calendar going off the rocker as James jumps into frame. We’re starting off in the days where James was -729 Days Sober… meaning not sober at all. In fact, he’s showing up to his family’s Thanksgiving extremely and visibly intoxicated. 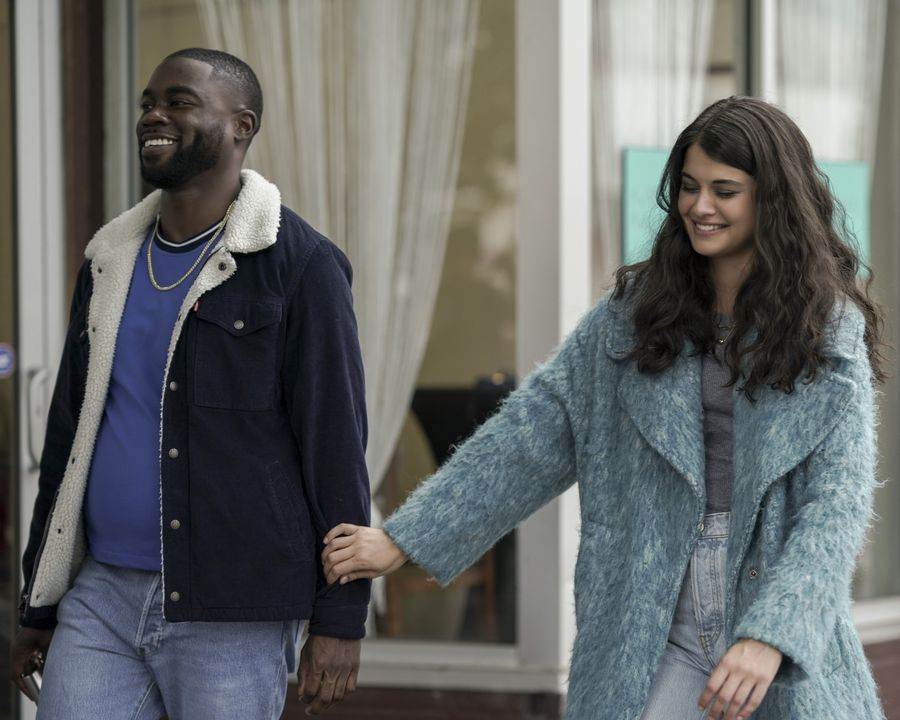 We discover that James is working at an MIT Media Lab and he’s stressed and drinking a lot. His older brother Lucas seems to be the only one at the dinner who cares to notice, while the rest of their family praises James for his brand new big job and berates Lucas for being single and not as successful. When asked to say grace on behalf of the family, James can barely stand up and ends with the not-so-powerful statement, “Jesus, my boy, my guy!” His brother whisks him away before it becomes too much and confronts him about his early intoxication for this holiday. “I apologize for being a good time,” James mumbles. It’s a version of James the audience is unfamiliar with – brash and messy, instead of focused and endearing.

At the dining table, Lucas does his best to twist the day into a much needed intervention for his brother, but no one seems to budge. James has such a pull on his family, he’s nearly able to turn it into an intervention on his sober brother Lucas. Frustrated, Lucas makes a final and jarring statement about being grateful that James didn’t die in his drunk-driving accident. There’s a moment of silence, perhaps a moment of revelation for the family and James abruptly leaves Thanksgiving dinner.

A sight for sore eyes, Not Sober Sam of the past is at the bar with Ronnie at Good Time Sally’s. James enters the bar with determination and orders a liquid version of a Pina Colada. Meeting eyes with Sam for the first time, he offers her a drink, but this doesn’t work for Sam: “Then I’d owe you a smile or something and I don’t want to do that.” James shrugs it off and breaks into a solo dance party to Ginuwine’s “Pony.”

Shockingly not turned off by this performance, Sam flips the script and orders James a drink as she introduces herself as Katrina. “Just because you bought me a drink, doesn’t mean you can take advantage of me,” James teases as it promptly cuts to the pair in the bar bathroom. At this moment, audiences are granted their wish of Sam and James finally getting together… However, it’s unfolding in their past with their drunken selves.

The pair exits the bathroom, trying to be discreet, but this isn’t bartender Ronnie’s first rodeo and we discover it isn’t Sam’s either. Ronnie calls Sam out for being a repeat offender, James realizes Katrina is no more, and they are both kicked out of the bar.

“What brought you out here?” Sam asks as they wander through the streets of Malden on Thanksgiving Day. James sarcastically explains he had a fantastic day with his family, so he needed to celebrate at the bar and Sam reveals she had to pre-game before her evening visiting her mother for the holiday. Before they know it, it’s dark out and Sam has missed said holiday.

Being “monsters together,” James and Sam have quite the evening. They walk through a drive-thru, only to be denied service for their lack of car (despite their convincing miming) and decidedly head straight to the 7/11 for some booze and slurpees.

“I’m thankful I don’t live in this sh*t town anymore,” Not Sober Sam says, offending James a bit who still does. James explains he got a new promotion with coding and he’s feeling extremely overwhelmed. Although she just met him, Sam pins him as someone with imposter syndrome. She explains that it’s when someone who is absolutely qualified to do something, doesn’t believe in themselves enough to be able to do it. “But I actually am an imposter,” Sam adds insecurely. On the curb in front of a 7/11 on Thanksgiving Day, these two strangers keep discovering their commonalities. Suddenly there’s a beat between them, romantic French music is playing, and they share an extremely romantic kiss. There’s chemistry here, even way back when. As the pair walk to their next unknown destination holding hands, they decide to not exchange information and instead, plan to meet up at Good Time Sally’s again next year.

Speaking of a Good Time, we’re back at the bar as this incredibly intoxicated duo sneaks back in for a nightcap although they can barely walk. Somehow Ronnie is convinced to give them one last round as Sam and James ignorantly laugh at how miserable their families’ holidays have turned out. They’re kicked out again.

After a quick vomit session and a prepared 7/11 toothbrush reset, James asks, “What’s next?” But, Sam’s tired. James begins to beg, “I can’t go home.” Out of nowhere there’s a strange shift in James' behavior and he’s thinking it would be fun to run into the street and narrowly escape getting hit by a car. Sam grabs him at the last second, “Do you know how insane this is?…You need help, you should talk to somebody.” The night of romance has quickly turned sour and quite scary. James decides to leave and apologizes. Sam shakingly replies, “I had fun…minus the whole terrible end bit.” Walking away, James says, “See you next year at Good Time Sally’s.”

The Sobriety Calendar displays 1 Day Sober and we’re now seeing Lucas and James in front of AA. Time has passed and James is now ready to go to AA. Guided by his big brother, the pair meet Olivia (with a wild set of bangs) and with the warm welcome, “There’s snacks,” James begins his sober journey.