With every new film from Pixar Animation Studios comes a slew of new easter eggs to find. Turning Red is no different. There are several that pay homage to Director Domee Shi’s past at the studio, and there are the usual suspects like the Pizza Planet truck and A113. Ahead of the movie’s debut, Shi confirmed that they would all be there and here is a list of what we’ve found with a little bit of fan theory fodder at the end. It should also be noted that I have also included screengrabs where I could, revealing their location. So if you want to find them on your own, turn away now. Also, when describing their location, I refer to story moments in the film, so consider this a Spoiler warning as well. 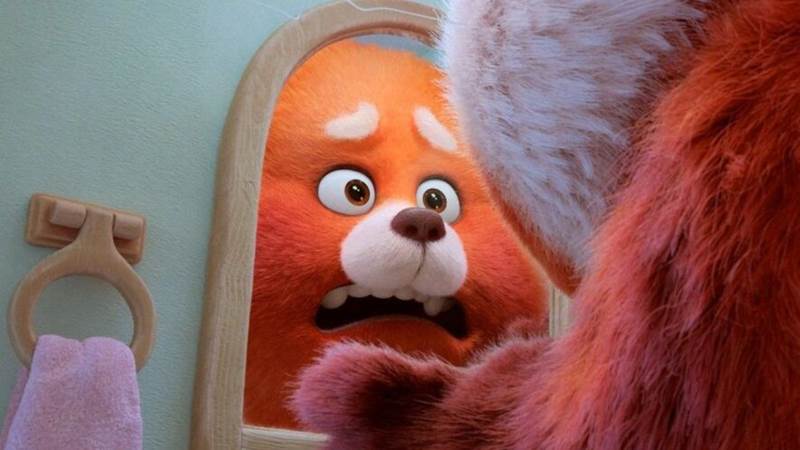 Pizza Planet is the well-known pizza restaurant that made an appearance in the first Toy Story back in 1995. Since then, the delivery truck that appeared in the film (and also became important in terms of story in Toy Story 2) has appeared in every Pixar film since then in some way.

In Turning Red while Mei Mei is running down the street to the 4*Town concert in red panda form, you’ll see her run right past the Pizza Planet truck, complete with the rocket on the roof and “YO” on the tailgate. BUT WAIT! There’s more! While you may see the infamous truck, look closely during Tyler’s party. Those pizza boxes are all branded with the Pizza Planet label, and you’ll see a Pizza Planet billboard in the background during the climax of the film at the stadium. 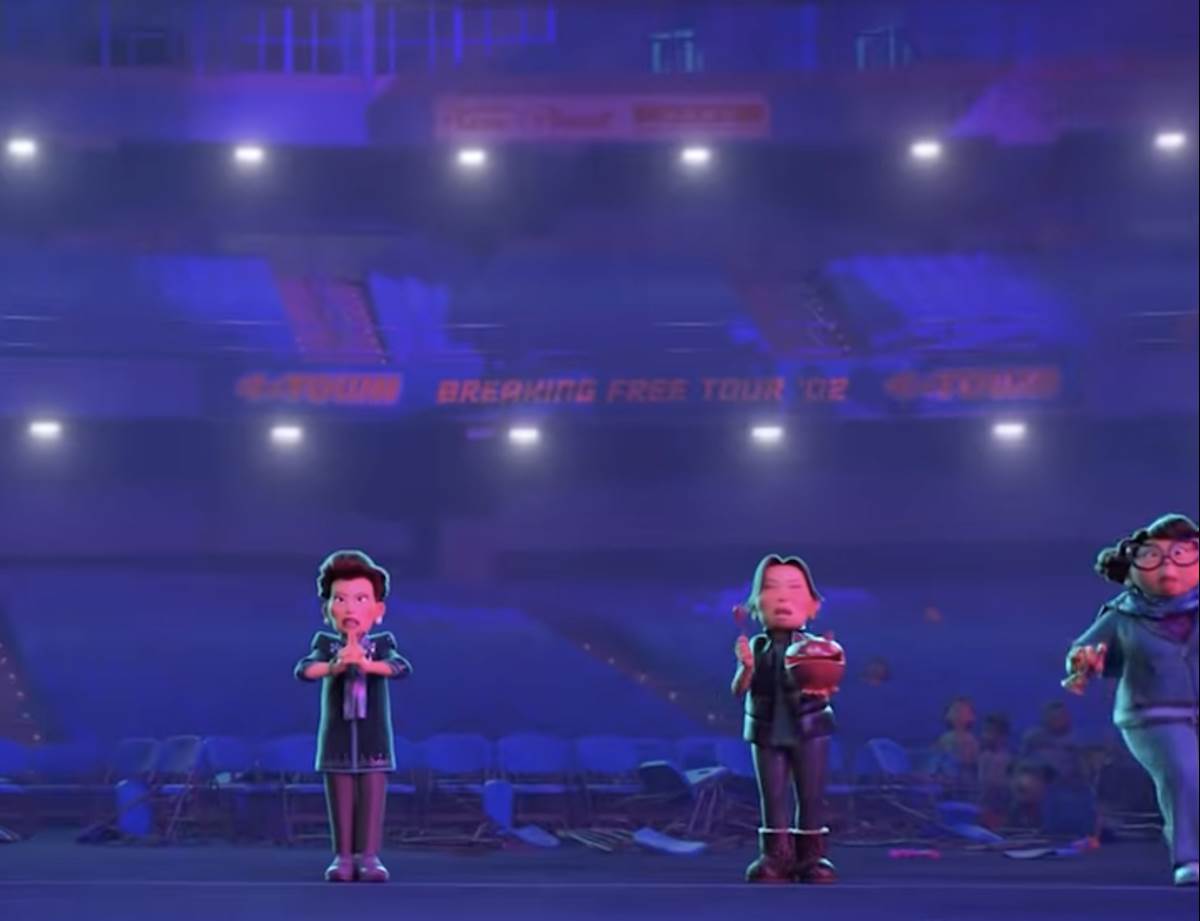 Speaking of Tyler’s party, that’s where you’ll find another of the recurring Pixar easter eggs. Dating back to the short, Luxo Jr. (which gave the studio their iconic lamp logo), the ball that is popped in that short has also appeared in feature films for decades since Toy Story hit theaters in 1995. The ball can be seen floating in the pool during the party. 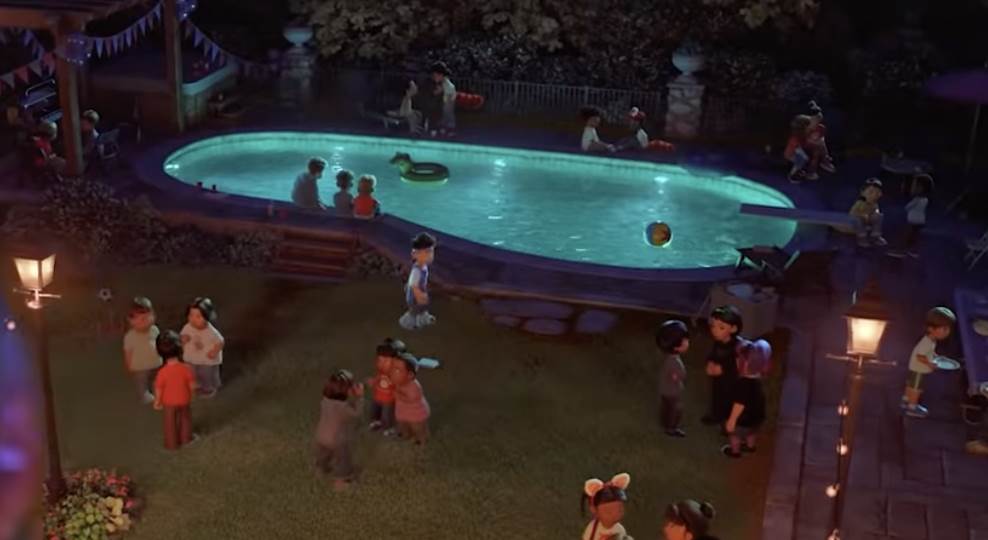 My personal favorite of the usual Pixar Easter Eggs, referencing a classroom where many animators studied the artform at the legendary California Institute of the Arts, the appearance of the number A113 can sometimes be either the easiest to spot or the most difficult. In Wall-E, it serves a story purpose and is actually said out loud and appears on screen as the (Spoiler) top secret directive that keeps The Axiom from returning to Earth. In The Good Dinosaur, it appears in the logs of a fence. Good luck.

Turning Red features the infamous number pretty clearly but it happens so quickly that if you blink you’ll miss it. As you may recall, during the film’s climax at the stadium, Dad runs and gets a chalking device to draw the circle that will allow the de-panda-fication ritual to take place. While we only see brief glimpses of him running, it's on the front of his chalking cart where we see the A113. 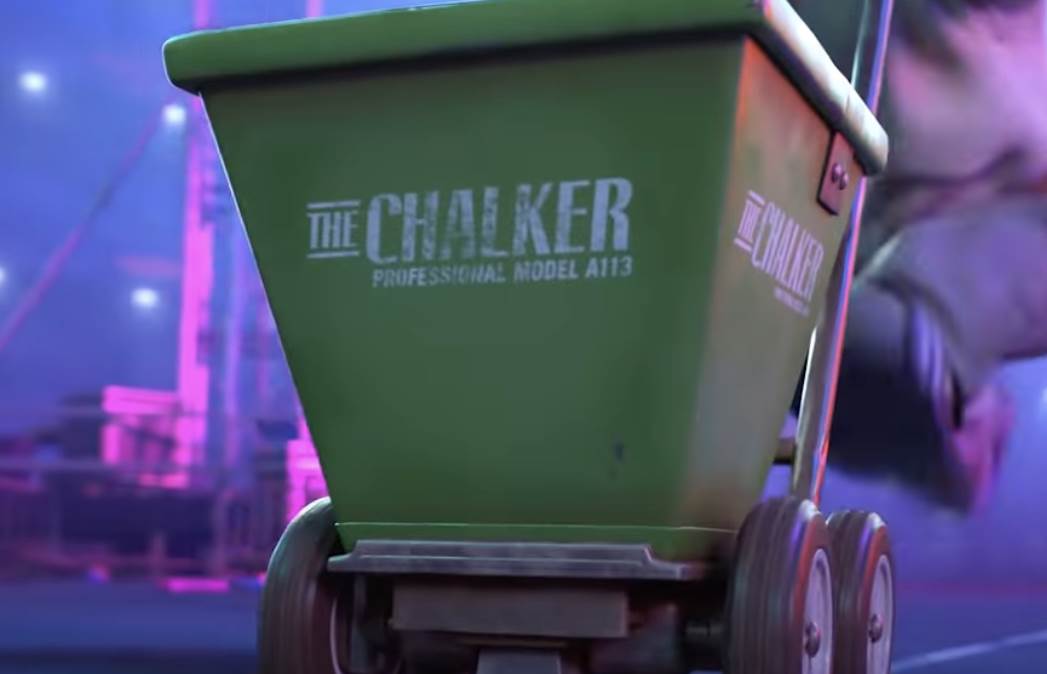 Did you miss that one? That’s okay, there is actually a second one but you have to sit through the credits (which you should be doing anyway, you’ll definitely be rewarded) to see it. While little iconography and such adorn the credits, you’ll also see the 4*Town concert tickets scroll by. There, you’ll find another A113. 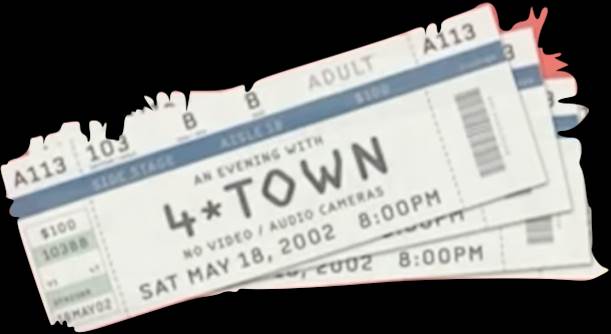 Dating back to Monsters, Inc. Pixar has left some kind of easter egg referencing an upcoming film slated for release on the official Pixar schedule, usually the next one. Turning Red keeps this trend alive with a look at Lightyear. This one is actually easier to spot than previous easter eggs like this since Lightyear is already pretty widely known, coming out only a few months after Turning Red and based on an already well-known character.

As Miriam is running with Mei and the rest of the squad at the beginning of the movie, you’ll see her skateboard covered in stickers. Two of them are instantly recognizable if you’re looking forward to Pixar’s 26th film. On the skateboard, you’ll find the winged Star Command logo as well as a sticker of Sox, Buzz’s faithful robot companion that will be seen in the film. 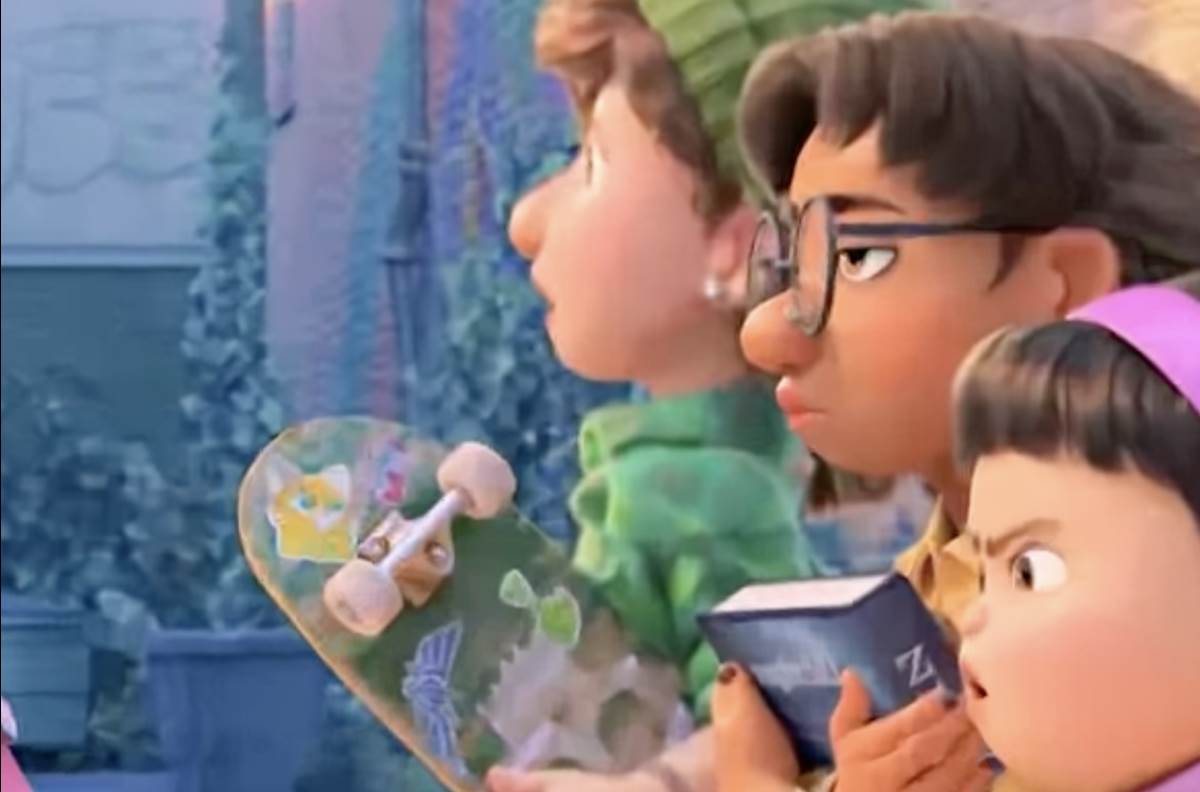 While Domee Shi may be a first-time feature director with Turning Red, she has previously won an Academy Award for her short film Bao. Many of the themes and cultural influences of that film carried over into Turning Red, and it should come as no surprise that you will find a reference to Bao. You can see that a restaurant in Toronto is called the Bao Restaurant, and has the same typeface and logo of the short on the restaurant’s marquee. 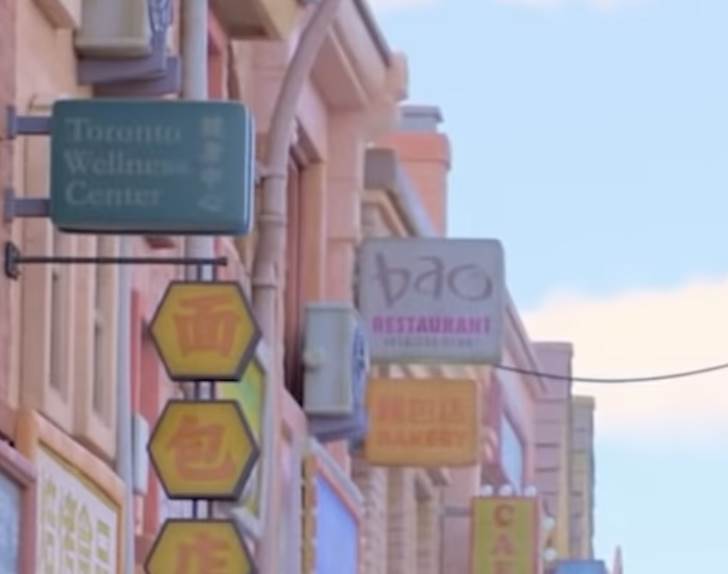 Other easter eggs from two of the SparkShorts can be found in Mei’s Room. Look closely at her desk and you’ll find a toy referencing the title character from the short Purl, and a look at her notebook will reveal a familiar looking bunny from Burrow. This one is especially fun if you pay attention to the many Pixar documentaries on Disney+, where you’ll find Domee Shi spending time with her friend, Maddie Sharafian, who just so happened to direct Burrow. 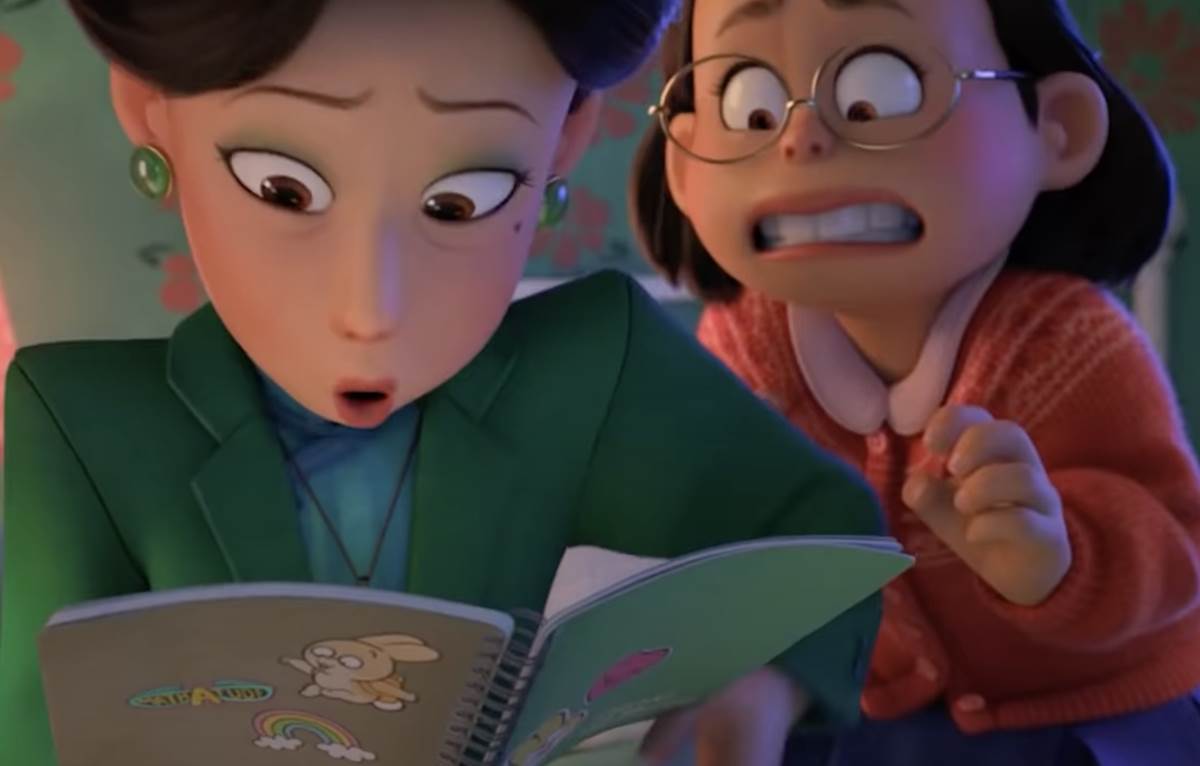 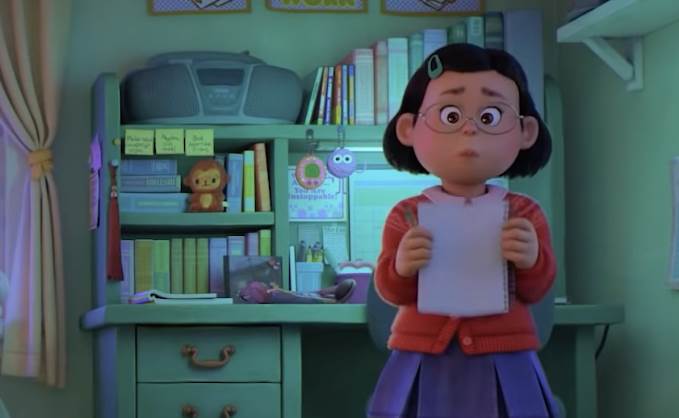 Domee Shi also spent some time as a story artist on the film, Coco. While you might see some flags and banners that COULD BE homages to Coco throughout Toronto in Turning Red, there is no denying a very obscure and substantially less obvious homage that can be seen. When Mei is lusting after one of the boys at the school, he is wearing an Escapula T-Shirt. Escapula was a dead rock band that appeared in the battle of the bands scene for a very brief moment. 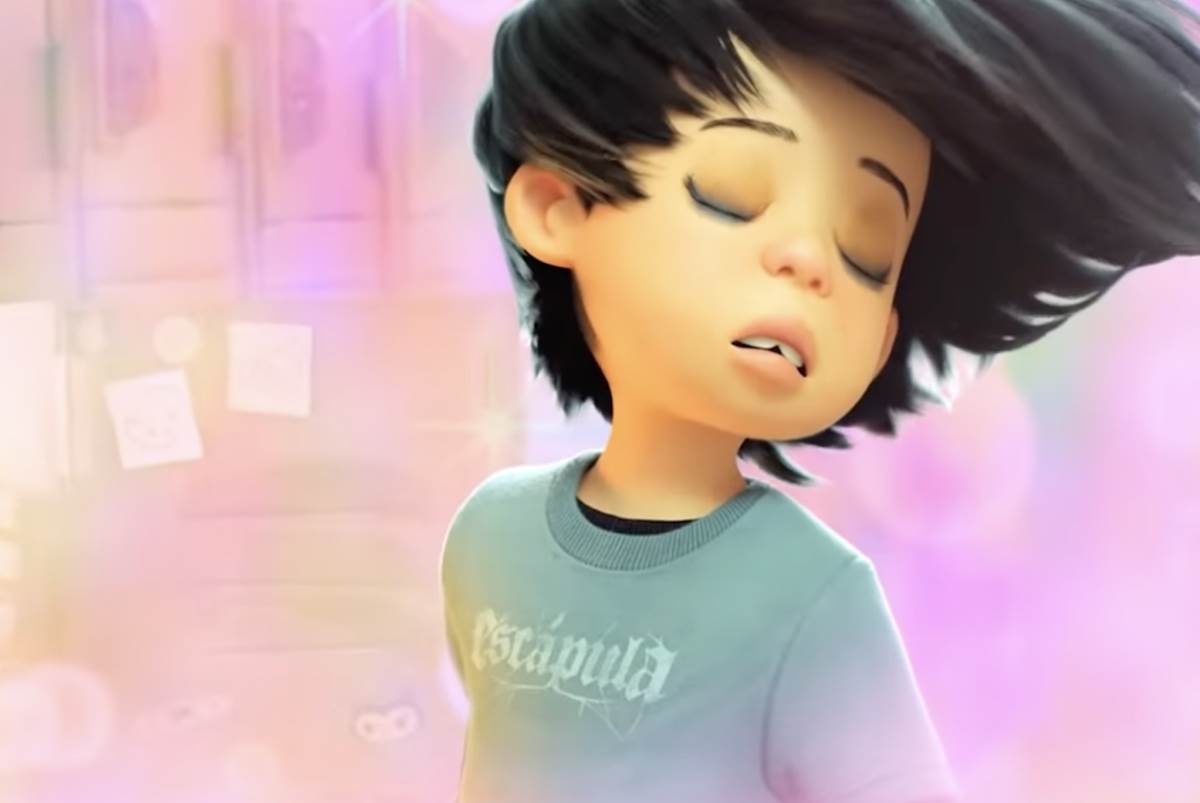 Nowhere near as fun as some of the other sightings, it should be noted that there is a sticker on the bathroom stall door featuring either Marlin or Nemo from Finding Nemo. 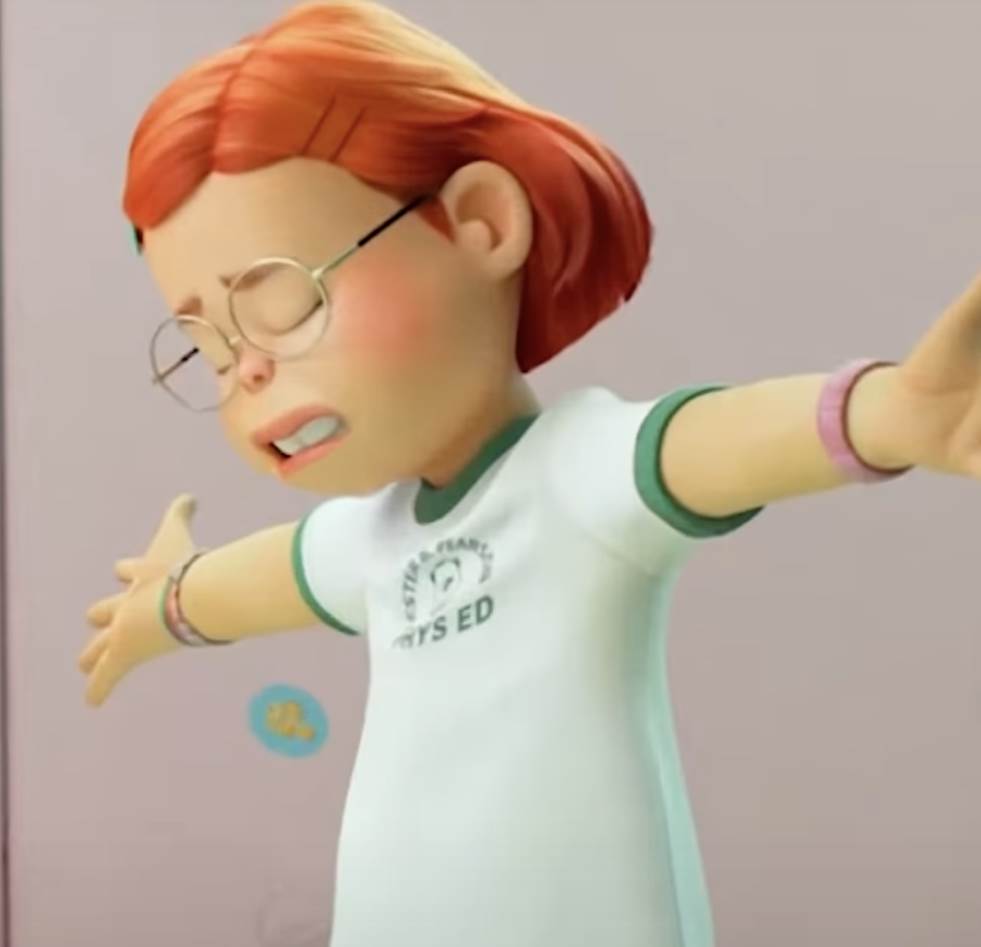 This one doesn’t refer specifically to a Pixar film, just a subtle nod for sports fans out there. When we pan out and see the stadium being rebuilt, in the foreground of the shot a Blue Jay appears. If you remember that the film takes place in Toronto, that could be a Toronto Blue Jay, which is the baseball team that would play at that stadium. 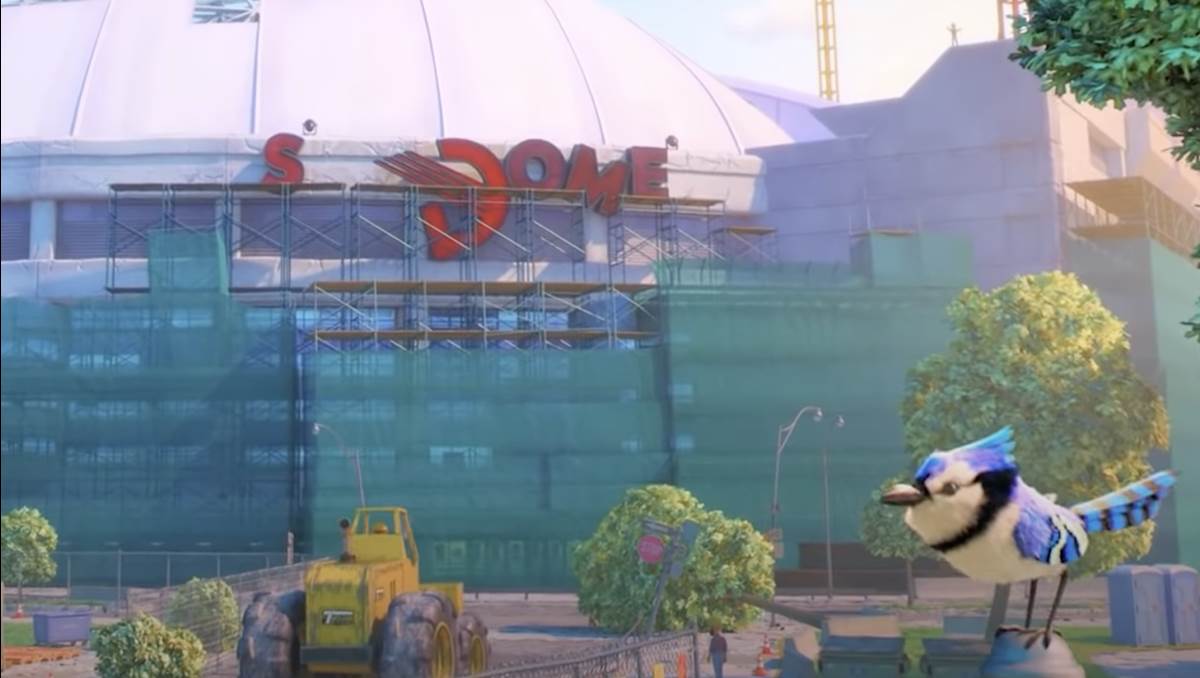 OH BUT WAIT! There is a Pixar connection. Fans of Dug Days may recall that a Blue Jay was one of the neighborhood animals, and it sure does look a lot like the one seen outside of the stadium. 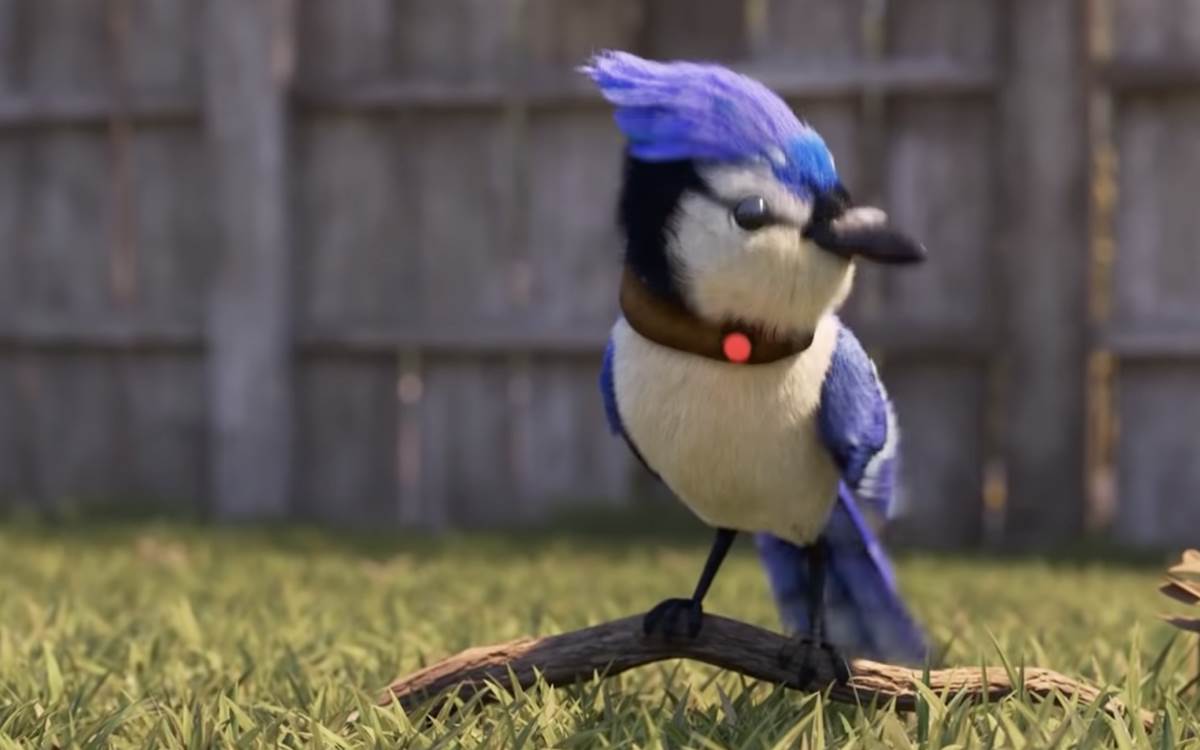 Every film seems to have a long list of fan theories. Some reasonable. Some outlandish. One of the more popular fan theories is the idea that all the films in the Pixar catalog are all connected and in the same universe. Almost adding fuel to the fire, Turning Red not only mentions the astral realm but almost accesses it exactly the same way that is explained in Soul. 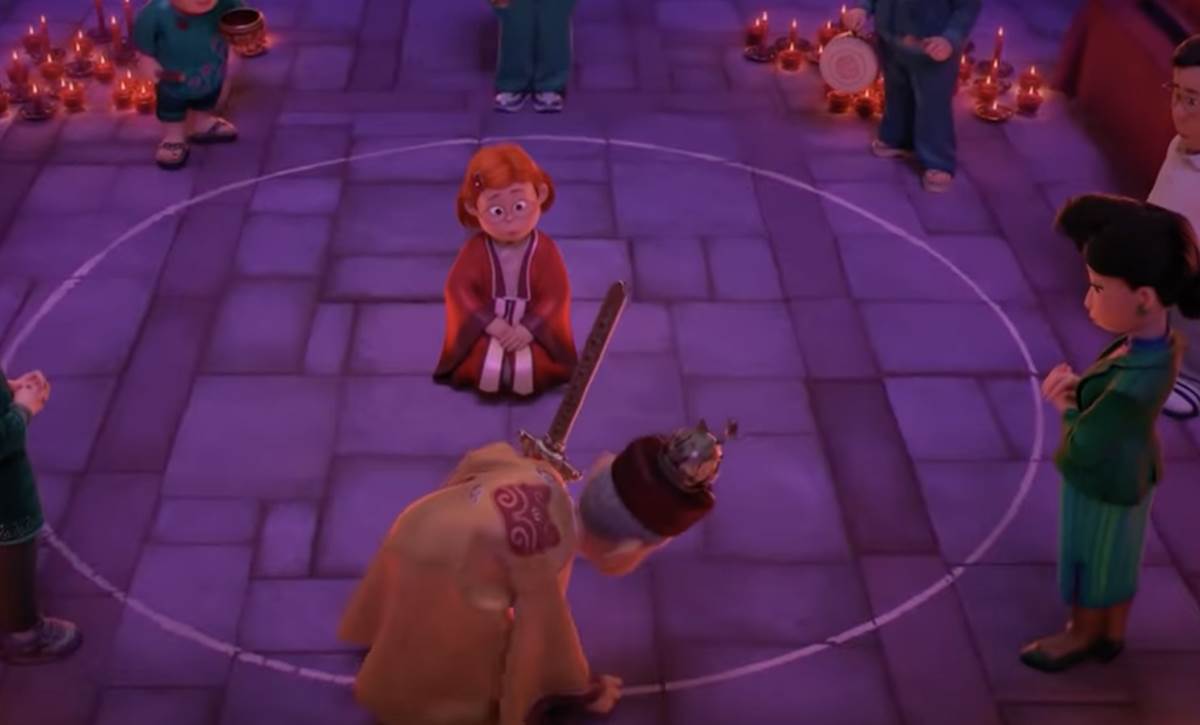 Mr. Gao, the Shaman, explains that he must draw a circle to access the astral plane and transfer the soul from the red panda back to the human. In Soul, we see Moonwind draw a circle and explain that it's how one connects from the soul world to Earth.

I’m not proud of it, but if this helps those theorists, enjoy I guess.

You can find all these easter eggs yourself, and likely more that haven’t been found yet by checking out Turning Red, now streaming on Disney+.