On Friday, March 18th, Disney+ will debut its newest original film, which also happens to be its latest adaptation of a film from the 20th Century Fox canon. This time around, it’s Cheaper by the Dozen getting the updating treatment. While most people likely associate the title with the 2003 film starring Steve Martin, Bonnie Hunt, and Hilary Duff (and its sequel), the legacy goes back much further — 1950, in fact. Now, the concept has been reimagined for 2022 and, to my surprise, sticks what could have been a hard landing. 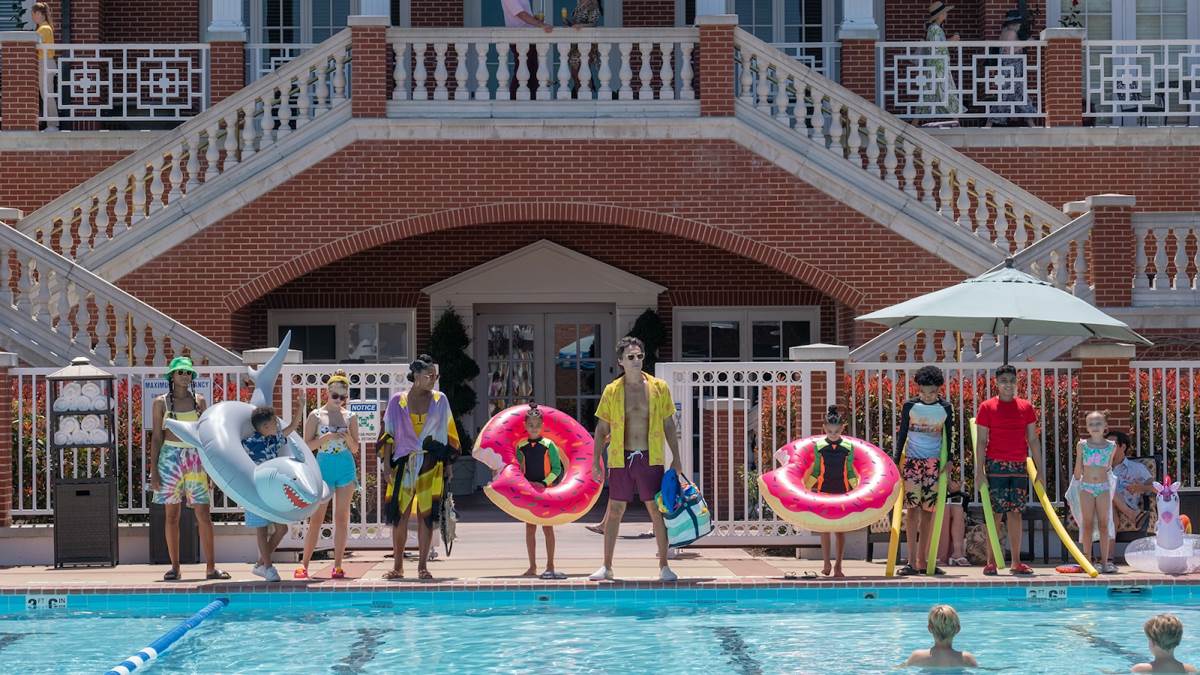 This rendition of Cheaper by the Dozen stars Gabrielle Union and Zach Braff as Zoey and Paul Baker — the parents to a blended family. For those keeping track, the titular dozen this time includes both parents as well as two biological children and one adopted child from Paul and his ex-wife, two children from Zoey’s previous marriage, two sets of twins they’ve had together, and, eventually, Paul’s nephew who comes to stay with the family. Just for extra fun, there are also two dogs.

Given that set-up and what I’ve seen from trailers promoting both this and the 2003 version of Cheaper by the Dozen, I anticipated this film to mostly be two hours of slapstick hijinks. After all, could you imagine? 10 kids?! So wacky. To my delight, however, that’s not at all what the 2022 version of Cheaper is about. Instead, I found the film to be far more grounded, focusing not on antics and gags as much as relationships and the world of today. In particular, I really enjoyed the way the film not only looked at the dynamics between the family unit itself but also with those on the periphery — namely the ex-spouses of Zoey and Paul. In the latter case, Kate (Erika Christensen) plays perennial babysitter to the Baker’s despite being Paul’s ex. While it’s mostly kumbaya, there are a couple of instances where tensions flare slightly… although I’m not sure if she even notices given her ultra laid back demeanor. Meanwhile, Zoey’s sports star ex Dom (Timon Kyle Durrett) adds another interesting angle, including promoting a serious discussion on race in America. Elsewhere, the movie also explores what it means to have a dream, how those dreams can evolve over time, and how we sometimes misunderstand our own hopes and desires.

Of course, with a family this large, the list of ensemble cast is also quite lengthy. Yet, there is enough time for many of these actors to shine. Starting with “The Littles,” Mykal-Michelle Harris of Mixed-ish fame continues her star trajectory here, nailing every scene and line of dialogue she has. In the middle, although I feel like we don’t spend a ton of time with the older kids individually, I did enjoy all of their characters and thought each respective actor did wonderfully. Meanwhile, both Union and Durrett turn in compelling yet fun performances as well.  On the other hand, while I am a huge Zach Braff fan (I may or may not even have a tattoo of him on my arm) and found his portrayal of Paul enjoyable, it’s very hard not to compare Paul to Braff’s Scrubs character J.D., especially during some of the more physical moments such as the dance battle.

So, with all this talk about the film being grounded and exploring series issues, the question becomes, “Is it funny?” And the answer to that is… kinda? Don’t get me wrong, I laughed out loud at least a handful of times thanks to some of the clever dialogue coupled with the talented cast’s outstanding deliveries and reactions. Alas, what small “hijinks” moments there are fell flat for me. Then again, I suspect that it's such moments that will keep younger viewers engaged and allow them to hang on through the more drama-esque elements.

Overall, I have to say that I enjoyed watching Cheaper by the Dozen — something I didn’t really expect going in. While it’s not one I plan on returning to often, it is a film I think families can watch and discuss together in a positive way. Thus, those looking for something to do this Friday night will be well served by checking in with the Bakers.