“People want black and white answers, but there's a lot of grey here,” Drew Crevello, co-creator of AppleTV+’s WeCrashed, explained during a TCA press conference to promote the series. “We feel very confident that we've laid out our story and provided enough for you to draw your own conclusions and it's gonna be provocative. There will be debate. There aren't easy answers.” 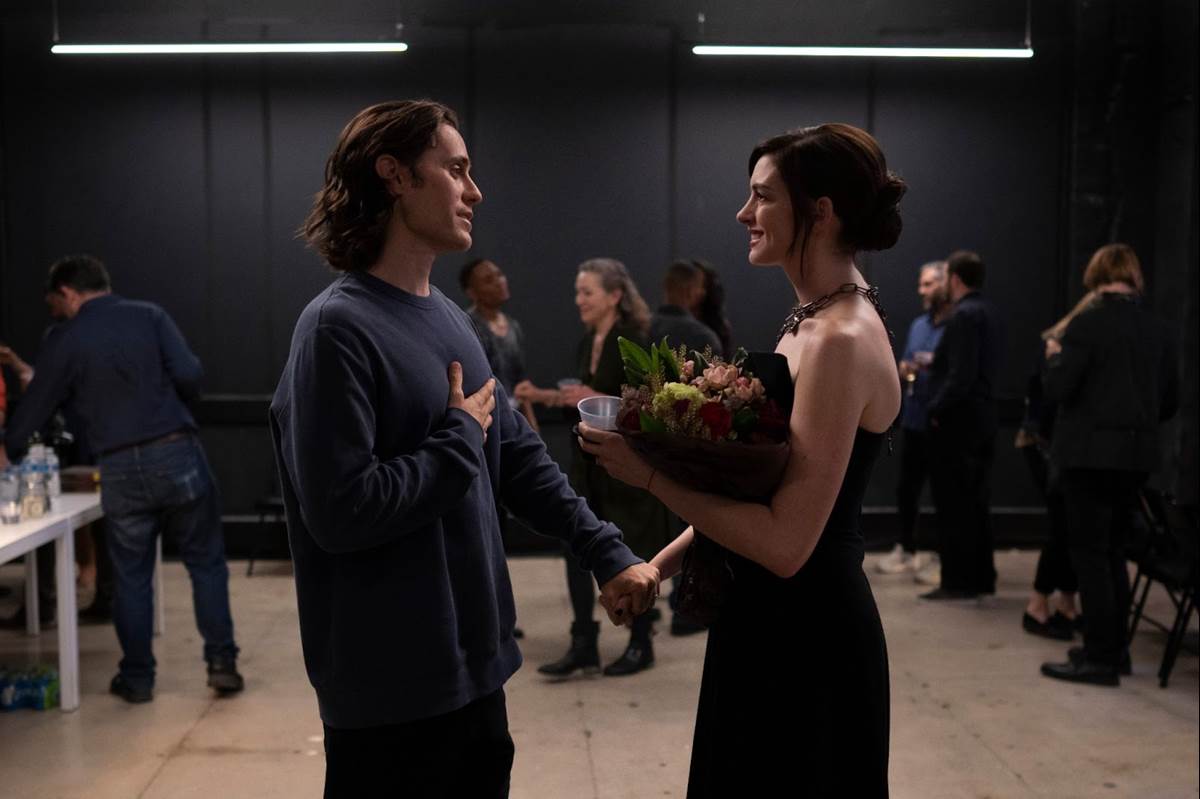 “It started off with a podcast,” Lee Eisenberg revealed, who serves as co-creator, co-showrunner, co-writer, and executive producer alongside Drew. “We had read a few articles ahead of that but the podcast was something we really dug into, and it would surprise me if there's an article that has been written about Adam or Rebekah that we haven't read. The process of doing the show and wanting to get the characters as specific as possible and get this world as right as we could, I mean we poured through interviews of Adam and Rebekah, articles. We spoke to former employees. We spoke to investors. We had researchers. We really wanted to be as thorough as we could be.”

With a pilot script written, it soon landed in the hands of both Jared Leto and Anne Hathaway, both Oscar winners who haven’t had much experience in episodic content. “I was unfamiliar with the story when it came to me, and I became very interested in this idea of the mentality that people have that doesn’t let them see the world that other people see,” Ann Hathaway revealed about her interest in the project. “As I got to know Lee and Drew, I began to realize that this was a really serious team and then they told me that Jared Leto was involved, and I realized this was a team I wanted to very much to be on. So that was the beginning of it for me, was the possibility of exploring how these two people work. And then as we got deeper into it and realizing the depth of the love story, that’s when it went to a new place for me.”

While WeCrashed is the story of the rise and fall of WeWork, the narrative shapes itself around the couple at the center of it all and their love for one another. “It didn’t feel like we added a love story to a business story,” Lee Eisenberg explained, sharing that in their interviews with WeWork employees, Rebekah was an integral part of the company. “We felt like they were completely organic from the beginning, and we were as fascinated by their relationship as we were by the growth of this company, and we felt like the two were intrinsically linked.”

“I love that this story is the story of an immigrant who comes to this country and really wrestles his dreams into reality,” Jared Leto shared, who takes on an Israeli accent as Adam Neumann. “I had just come from House of Gucci. Literally went from Italy to New York and just come from the House of Gucci where I was playing Italian, and, little did I know, they actually have a lot of similarities, the two accents, as far as sounds, vowel sounds, and things like that. But with Adam’s accent, I wasn’t really doing an Israeli accent, I was doing Adam’s accent… We had hours and hours and hours and hours of footage and just buried in footage, kind of the opposite with Paolo Gucci. I had about a minute-and-a-half of his voice in an interview. So, in this case, it was a blessing.”

“We ended up designing a three-floor WeWork headquarters that we were kind of seeing in pictures, and then finally we walked into it for the first time, and everything just became alive,” Lee Eisenberg revealed about the elaborate set. The actors were also encouraged to improvise, using the script more like a roadmap than a bible. “Even during the shooting of the show, we used the script as that was the worst that we could do. I worked on The Office for years with very gifted improvisers, but Jared and Annie, talking to us and through the process, were improvising and just the script and the shooting of the show, just everything felt alive, and that was a exciting experience for me.”

The first three episodes of WeCrashed are new streaming on Apple TV+, with the limited series unfolding over the cours of eight episodes, to be released weekly on Fridays.