“To be honest, I wanted to end it after Season 2,” Donald Glover said during a TCA press conference to promote the third season of Atlanta, premiering March 24th on FX. The award-winning comedy series took a four-year hiatus, but that wasn’t the plan when it was decided that the show would continue through a fourth season. “We wrote all of this in 2019,” Donald Glover revealed. “A lot of this stuff is going to seem like a parody of stuff that happened, but we actually prophesied most of this [stuff] in 2020. Like, the world is extremely predictable. We really just knew how a lot of this stuff was going to pan out, so I just want people to know.” 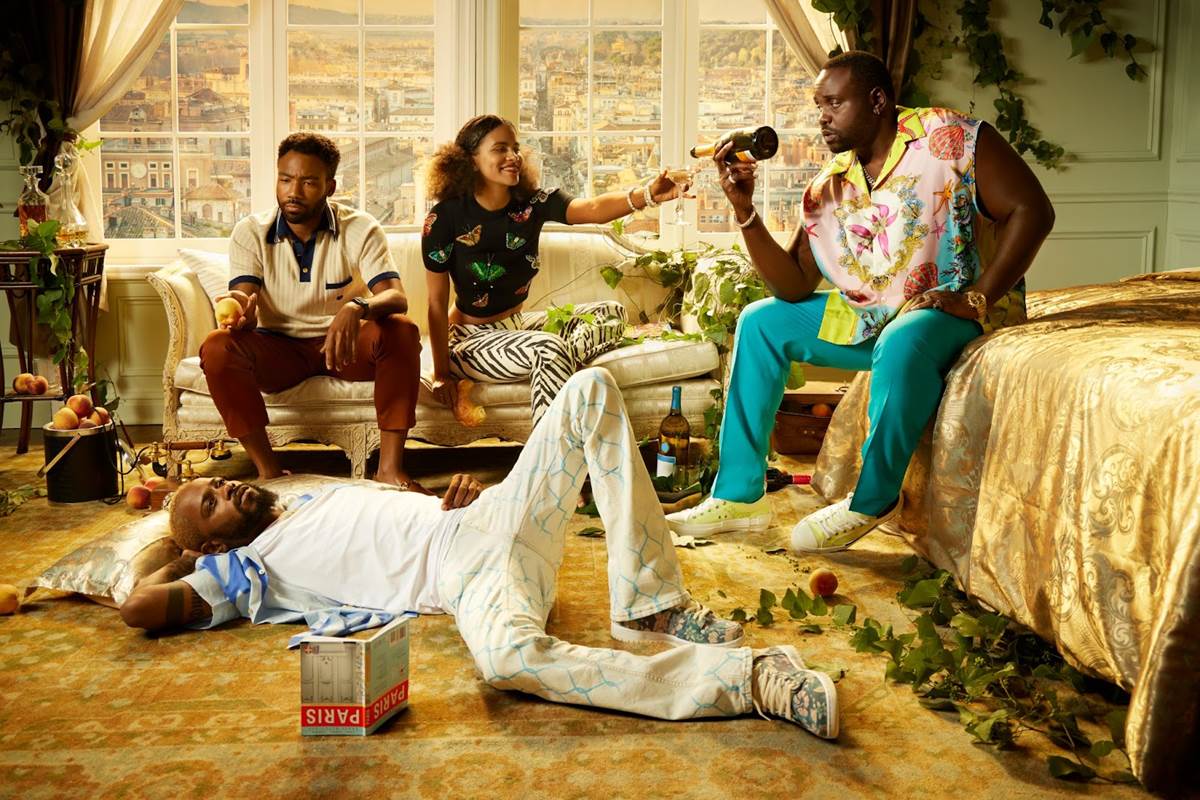 “Season 3 is about curses and the curse of whiteness,” writer and executive producer Stephen Glover explained. “I can't remember the guy's name on CNN, but he had that speech where he talks about white people freeing themselves from the curse of racism, and we talked about that in the writers' room a lot. And I think you'll see that in a lot of the episodes, this idea.” With the crew on tour in Europe this season, the story was semi-inspired by a real experience in Canada where they were told that racism didn’t exist there. “When you are from the South and you are American especially, you can see things differently. And I think white people have blind spots, obviously, to race and things that are going on, and they are affected by this too. It's not just Black people who are going through it and having a hard time. It's, like, you are actually affected by it too.”

Zazie Beetz plays Van, who was struck by the difference between a Black American experience and a Black English or European experience. “I think race is talked about less in Europe,” she shared. “In 2020, these conversations started bubbling up. It's just interesting for me to be comparing our U.S. experience with the European one.” The bulk of filming took place in the U.K. and Paris, but included other European destinations. “Amsterdam was way more diverse than I thought it was going to be. I had no idea that there was such a rich, diverse culture there. I thought it would be quite homogenous, and it wasn't. And that sort of shocked me and also how happy people were. It was very interesting.”

While the third season is just beginning to air, the cast has already wrapped production on the fourth and final season. “Atlanta has played such a huge part in all of our lives, and being able to play these characters, it has changed our lives in such dramatic and drastic and beautiful ways,” Brain Tyree Henry said, who plays Alfred ‘Paper Boi’ Miles on the show. “For us, it just naturally felt like it was time. Atlanta, in its own way, felt like an institution. You go to high school. It's four years. You go to college. It's four years. This is, in our own essence, like a graduation of going on to something bigger and better but still feeling like we found a deeper connection. I know, for one, that I am so deeply connected to these people in a way that they see me before I can even tell them what's going on with me, and I think that that is what was the greatest gift of doing this show… I found between Season 3 and Season 4 to be so elevated just because, I don't think Alfred ever dreamed as big as he could have dreamed if it wasn't for the dreams of his cousin and the fruition of that friendship and that familiar bond, a loss, what it means to be Black and famous on our soil and then in another country and how you are still who you are no matter where you go and what that means.”

You can watch ‘Earn,’ ‘Paper Boi’, ‘Darius,’ and ‘Van’ remain true to themselves abroad with the double-episode Season 3 premiere of Atlanta on FX on Thursday, March 24th at 10/9c. New episodes will stream the day after they air on Hulu.