The UFC is on the road again and this time it’s coming to Columus, Ohio. Some of the best fighters in the world will once again step into the octagon for a very exciting fight card that includes 13 ranked fighters and ESPN+ subscribers can watch for free.

Two of the top 10 fighters in the UFC’s heavyweight division will clash in a main event with future championship implications and one that is sure to see some fireworks. Plus, two of the best flyweights will look to stake their claim for a championship and two top women’s flyweights will try to climb the rankings. 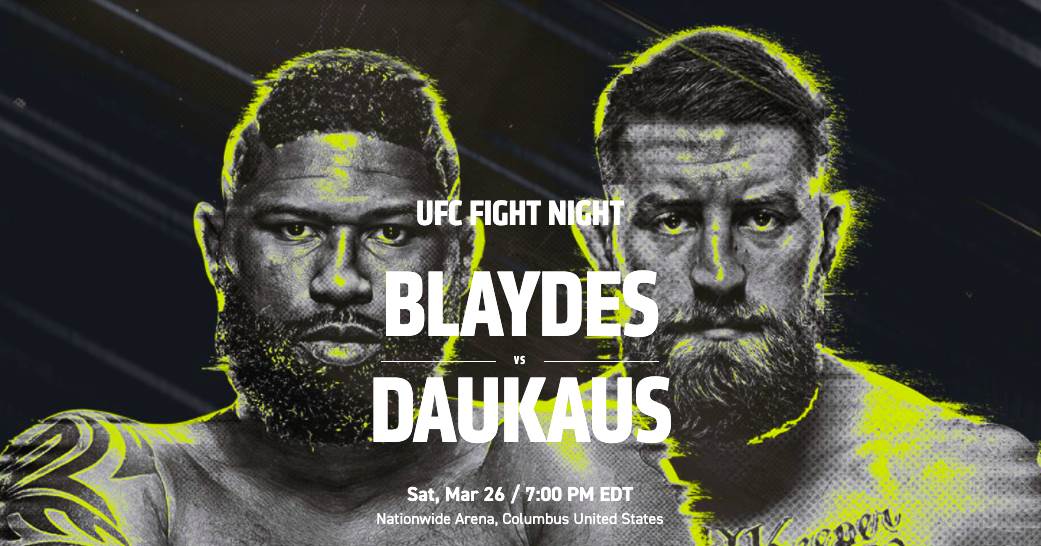 It is completely wild that this is not even the co-main event on a a free card. The number two and number six flyweights in the world will be meeting with a potential championship on the line, and it’s the third fight of the night. Askarov is a perfect 14-0 and has already fought former champion Brandon Moreno to a draw. He has seven submission victories on that perfect record and is as dangerous on the ground as they come.

Kara France is bringing in a 23-9 record and coming off of back-to-back knockout wins, the latest over former champ Cody Garbrandt. A very dangerous and explosive striker, those two knockouts brought his total to 11 in his career. A third straight knockout here would certainly put Kara France in position for a championship opportunity. Of course, that would have to wait until after the likely fourth-straight matchup between Moreno and current champ Deiveson Figueiredo.

It’s a different story in this women’s flyweight matchup. Both of these fighters are in the top 10 in their division but they’re not exactly lighting the world on fire lately. Wood has lost three of her last four, including a submission loss in November. Despite the skid, she still sports a 15-7 record with five knockout victories. A win here would be huge for Wood and could possibly grab so momentum as she looks to climb the ranks.

Grasso has had a bit more success lately. She is coming off of back-to-back wins, including a decision over top prospect Maycee Barber. A just 28 years old, Grasso already has an impressive 13-3 record with four knockout wins. A dominant win hear could vault Grasso up from the number nine spot in a division where most fighters have already had a shot at a dominant champion. 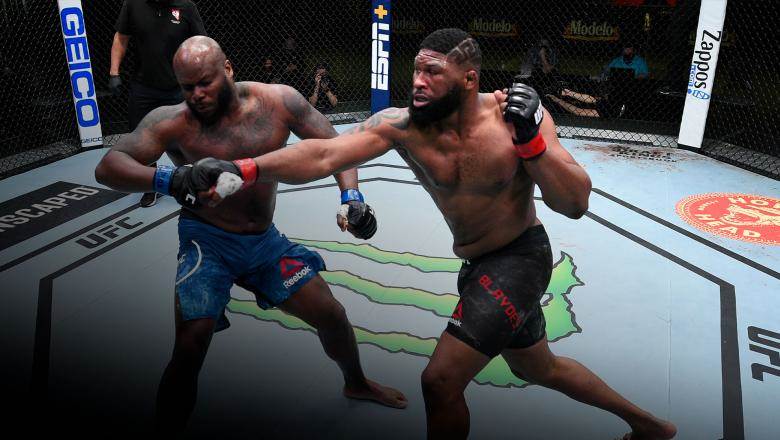 The heavyweight division is as stacked as it’s ever been. It seems like every other week we’re looking at another main event between two top-15 guys who can put anyone to sleep in a blink of an eye. And we have another one with this Fight Night.

Curtis Blaydes has been a mainstay in the heavyweight division’s top 10 for a few years now. Unfortunately, he’s just never been able to get over the hump and claim a true championship opportunity. Blaydes sports a 15-3 record and his only losses have come against Derrick Lewis and current champ Francis Ngannou. He’s also coming off of a decision win over fellow top-10 contender Jairzinho Rozenstruik, so a win here could put him in title contention.

As for his opponent, it has been a very fast rise for Daukaus. The 32-year-old made his UFC debut less than two years ago and already finds himself in the top 10 after winning his first four fights by knockout. He suffered his first UFC loss in December when he was knocked out by Derrick Lewis so this will be the first time we get to see him try to bounce back from a defeat in the octagon. A knockout of Blaydes would certainly move him up the rankings. It’s no secret both of these guys will be looking to land that big knockout punch.