The first episode, titled “From the Top Rope,” sees Carter taking the assignment from Peyton to lead us through the history of basketball. He starts right from the beginning, with the creation of the game and into some of the more violent iterations of the sport. 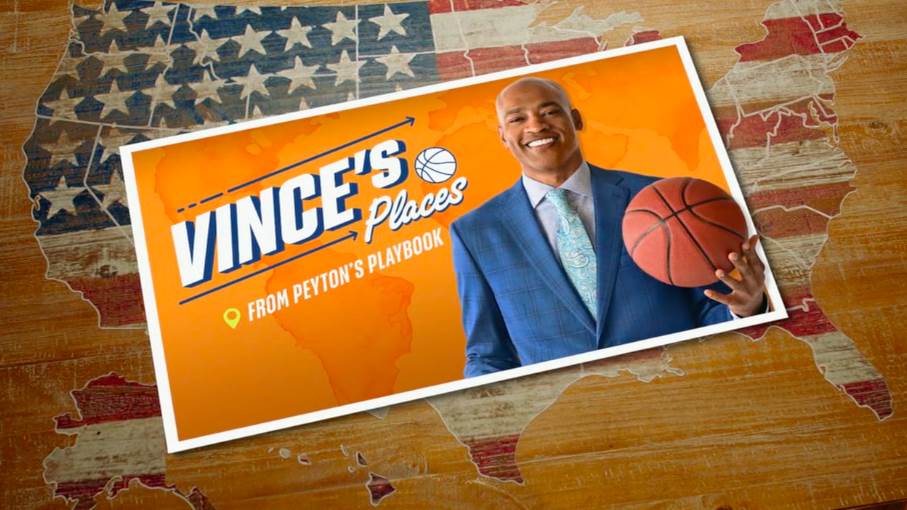 The episode opens with Peyton Manning rolling up on Vince Carter in a DeLorean, of course playing off of Back to the Future as they start down a road (not that they need roads) of basketball history. Carter accepts the challenge to teach us about basketball’s history, and has Peyton take him to the creation of he game.

Vince and Peyton arrive in Massachusetts to explore the creation of basketball by Dr. James Naismith. Carter explains the rules of the original game, which saw two teams of nine trying to throw a ball into a peach basket, with no dribbling allowed. We actually see some old footage of the original game and Carter tells us the first final score was just 1-0.

Peyton and Vince actually lead a couple of teams in a game of the original version of basketball, which proves to be much tougher thant it looks. The two professional athletes miss shot after shot until Carter goes back to his game and throws down a dunk. 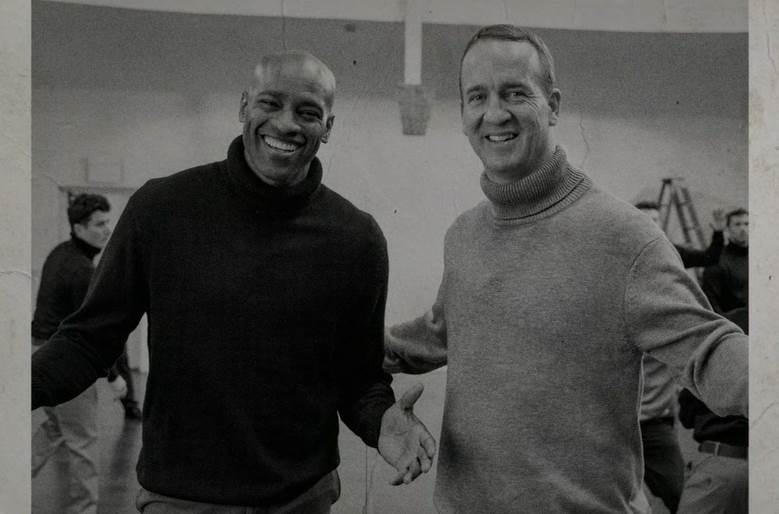 After a couple more Back to the Future jokes, Carter then heads to New Jersey for the site of the first professional basketball game, where he meets with former NBA star Alonzo Mourning. Carter explains that the game used to be a lot tougher and players were actually referred to as “cagers” because the game was played in a cage-like structure.

The two former NBA stars actually step into a recreated cage to get a good idea of what the game was like. Carter explains that there were no timeouts our water breaks or even player substitutions during this era of basketball.

They then get into why Mourning made the perfect guest to talk about this rough kind of basketball. They look back at the rivalry between Mourning’s Miami Heat and the New York Knicks, which turned violent on more than one occasion. Mourning also says the player he would most like to see in the cage was Dennis Rodman because he was able to get under Mourning’s skin more than anyone else. They even get into the mini rivalry between Mourning and Carter as we see a highlight where the latter dunked on the former.

The two players clear the air before stepping into the cage for a little 1-on-1, but a heckler shows up to give Mourning a hard time. Carter explained that fans would actually burn players with cigarettes or stab them with knitting needles. He even takes things a step further by brining in WWE Hall-of-Famer Titus, who knows a thing or two about competing in a cage.

The three play some pickup basketball and really just use it as an opportunity to beat each other up. It’s a good glimpse of just how brutal the game was back then, without taking things too far and getting anyone hurt. After scoring just one point, they decide to call ift a day.

The episode comes to a close with Carter basically recapping what they've already gone over in this episode. It’s a fun episode with some intersecting guests and a whole lot of information. Coming off of some of the big-feeling episodes of Big Papi’s Places, it will be interesting to see if this show ups the ante in future episodes a little.

You can watch Vince’s Places on ESPN+ now. Fans can subscribe to ESPN+ for just $6.99 a month and can cancel at any time.