Star Trek has beamed down to Chicago with Star Trek Mission Chicago, featuring three days of intergalactic fun. With panels, a show floor, and more, the festivities are banking not only on the past of the franchise but also on the future. This includes the newest series coming to Paramount+, Star Trek: Strange New Worlds. 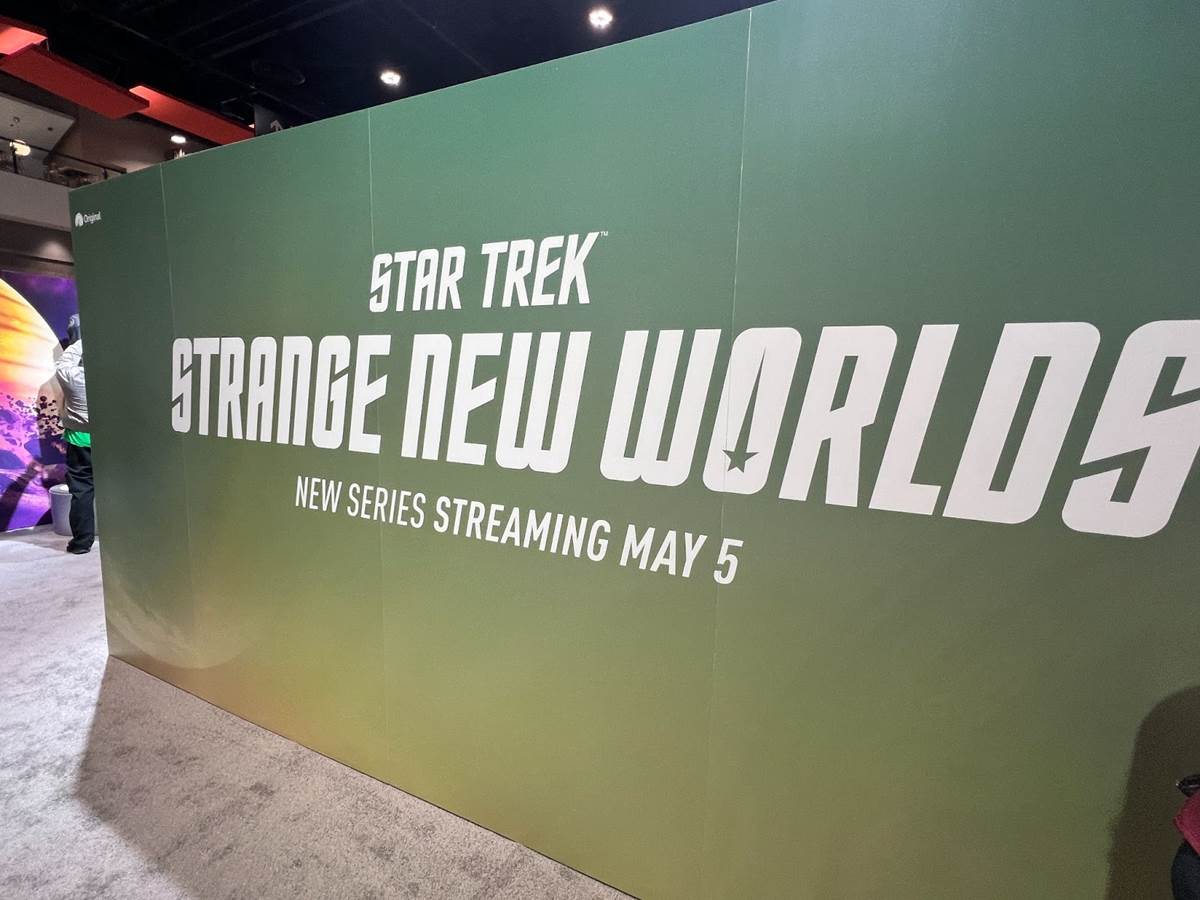 The new series has an exhibit in the center of the show floor featuring artwork and costumes. This show brings us back to the Enterprise in a timeline that predates the original series. Before Captain Kirk, there was Captain Pike and we get to see the ship under his command. This includes classic characters such as Spock and Uhura as well as lesser-known returning characters such as Number One, Dr. M’Benga, and Christine Chapel. We also have new characters such as Erica Ortegas, Hemmer, and the curiously named La’an Noonien-Singh.

The exhibit is building excitement ahead of the show’s May 5th premiere (a panel will serve a similar purpose this weekend). With the Paramount+ series Discovery, Picard, Lower Decks, and Prodigy, there has never been more Star Trek at one time. Strange New Worlds will keep building the franchise while also looking back at what made Star Trek so popular in the first place. Check out some pictures from the exhibit below and catch the show when it debuts on Paramount+. She is back! The new show takes place on the classic NCC-1701 Starship Enterprise which is seen in the Original Series. Here is Captain Pike’s Starfleet Duty Uniform. The gold color represents the command position of the officer with the stripes representing rank. Captain Pike appeared in command of the Enterprise in the first pilot for Star Trek. He was recently portrayed by Anson Mount in Star Trek: Discovery and is returning for the new series. Blue represents a member of the science crew on the ship. According to the exhibit, this could include various specializations such as biological studies, technicians, as well as the medical staff. This costume was worn by Ethan Peck who is returning to fill the shoes of half-human, half-Vulcan science officer Spock. 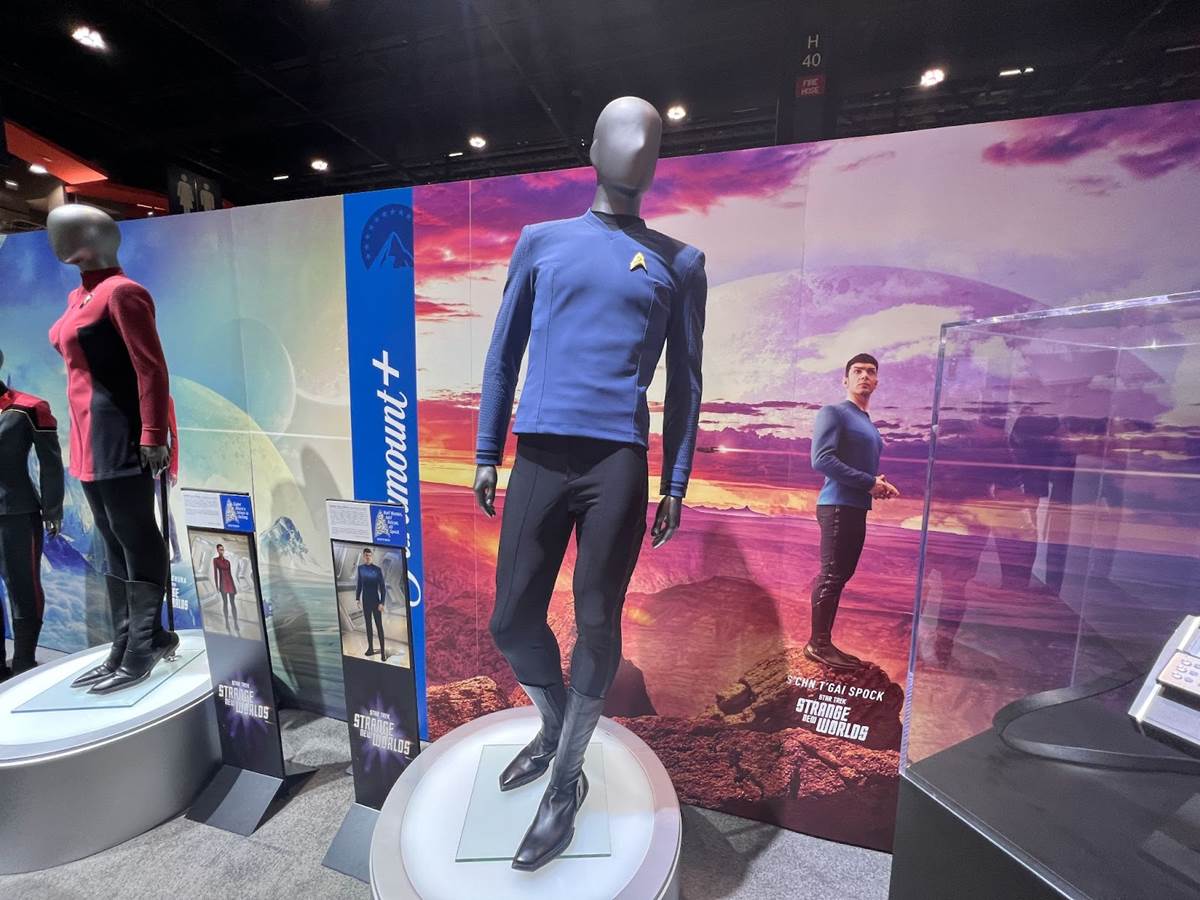 Maroon tunics were worn by those in communications, engineering, and security. This outfit was worn by Celian Rose Gooding as she portrays the iconic Uhura who is a cadet in this new show. We have a feeling she is going to make a good impression. Rebecca Romijn returns to play Una Chin-Riley, a.k.a. Number One. It is a role that must come with a lot of pressure as in the original pilot the role was played by Majel Barrett, the eventual wife of Star Trek creator Gene Roddenberry. You have probably heard of Khan Noonien Singh from The Wrath of Khan. That is why there is a lot of mystery surrounding the character played by Christina Chong as the connection should prove to be very interesting. Adding to the intrigue is this unconventional costume on display. 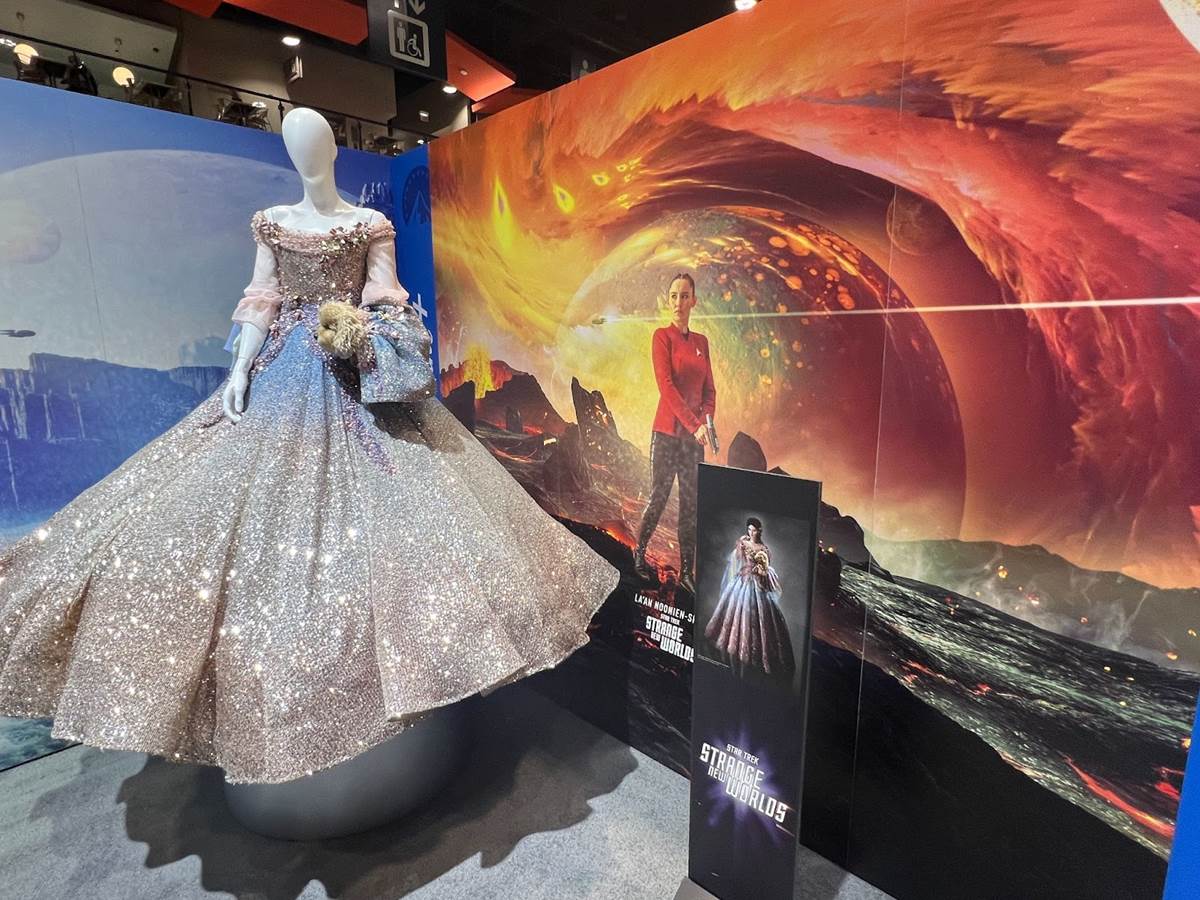 Also in the original pilot was Dr. Jabilo M’Benga, the ship’s doctor. While he was eventually replaced by the iconic Dr. McCoy, actor Babs Olusanmokun finally gets to make sure Dr. M’Benga gets his moment in the spotlight. Assisting Dr. M’Benga is nurse Christine Chapel. In the Original Series, she was played by Majel Barrett after the Number One character was dropped. Stepping into the role now is Jess Bush. 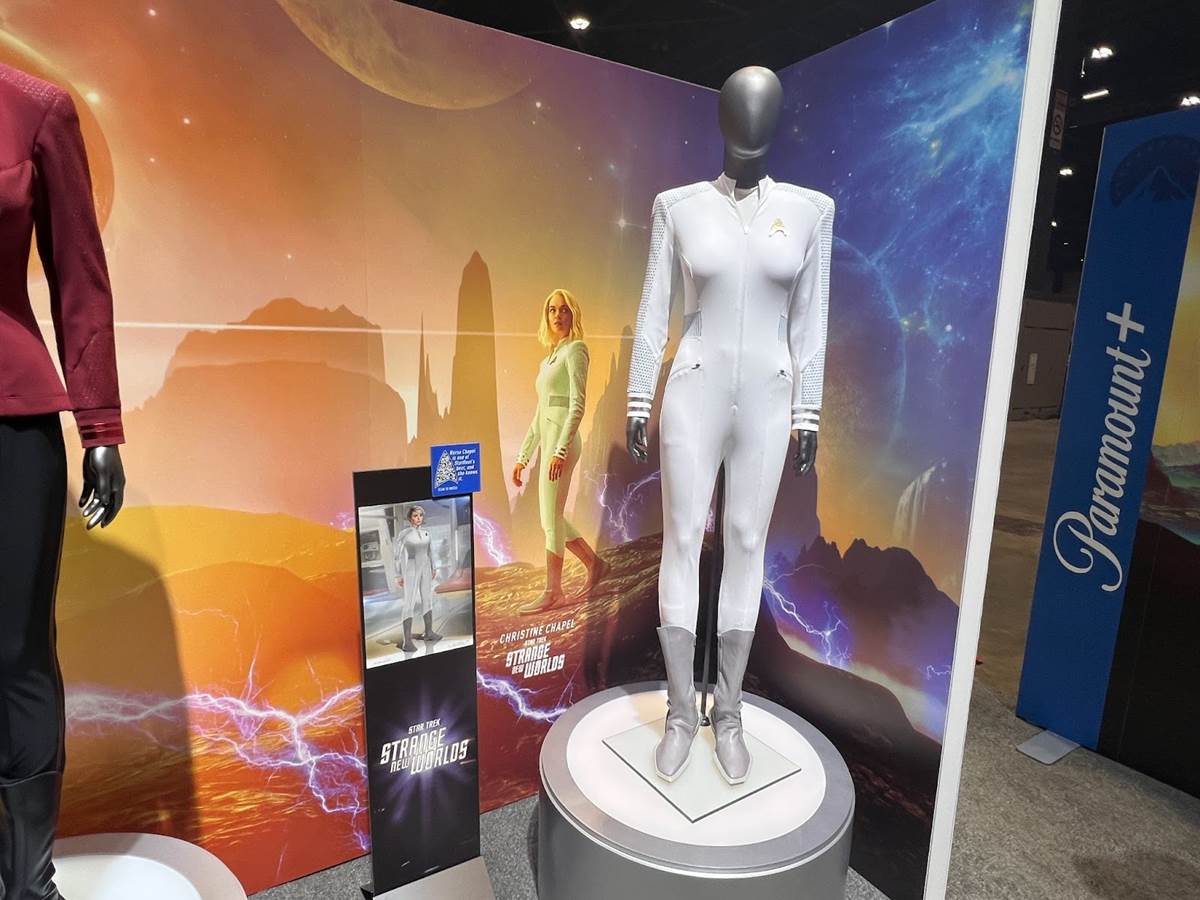 Little is known about some of the other characters in the cast, but we can’t wait to learn more when Star Trek: Strange New Worlds premieres on Paramount+ on May 5th. 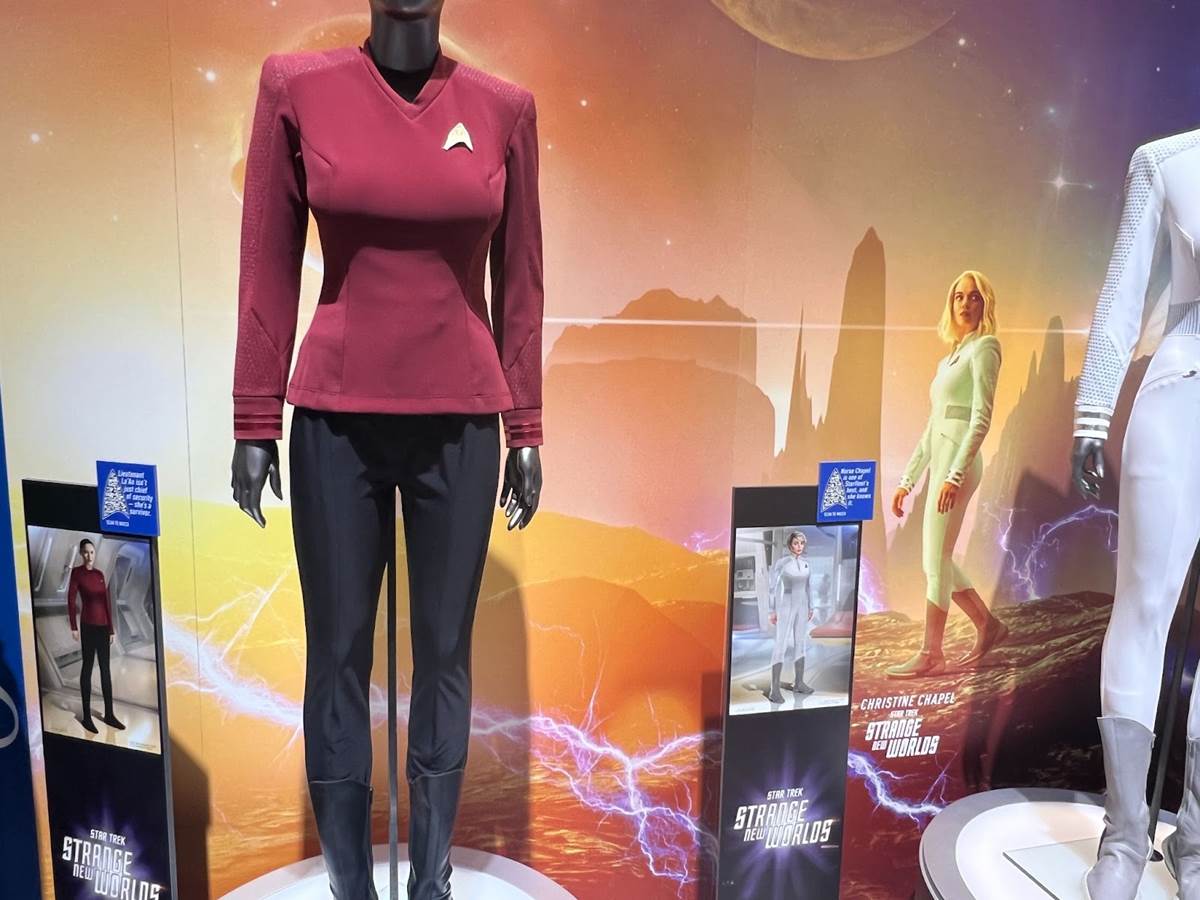 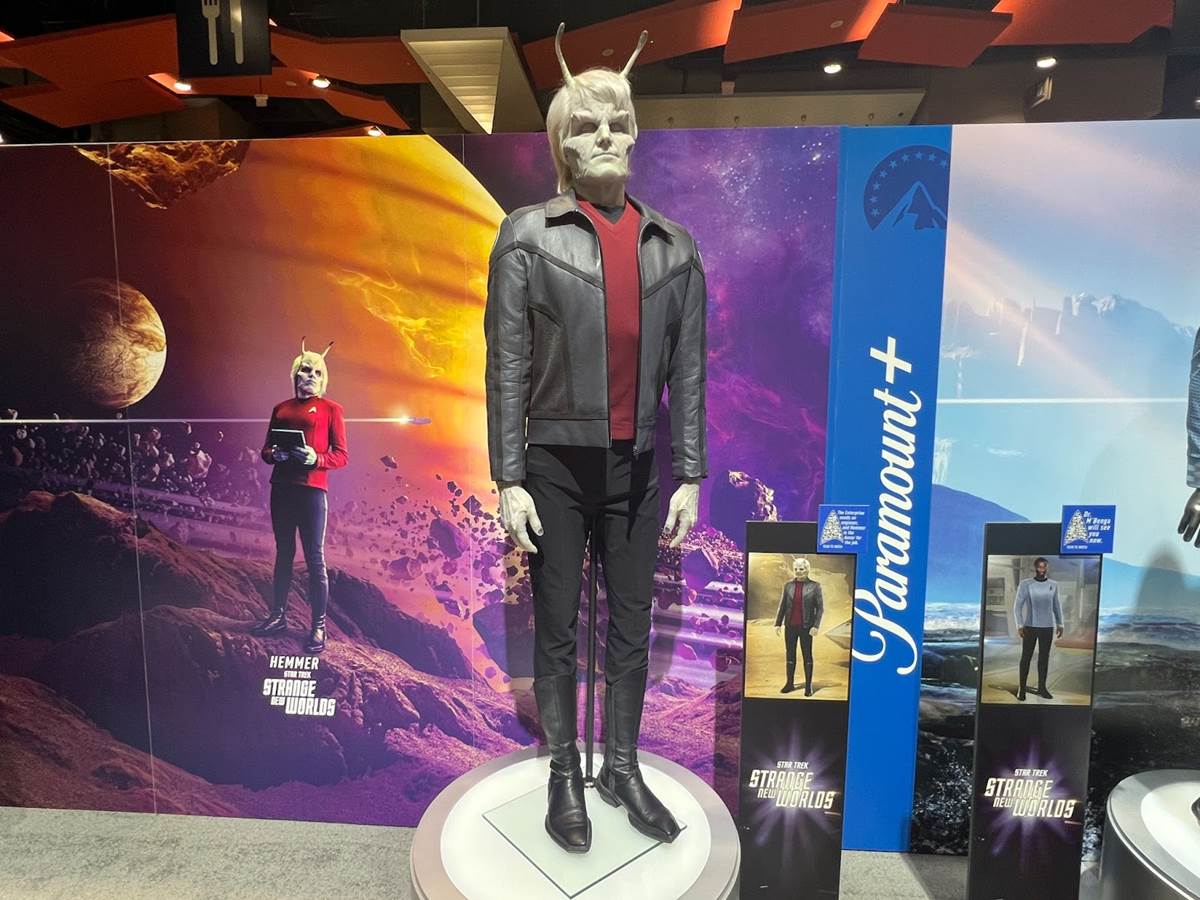