I must admit that when I sat down to watch Ice Age Scrat Tales there was definitely a certain level of hesitation. Not only am I admittedly not the biggest fan of the Ice Age franchise, but the latest entry prior to this series of shorts was The Ice Age Adventures of Buck Wild, which left a lot to be desired. 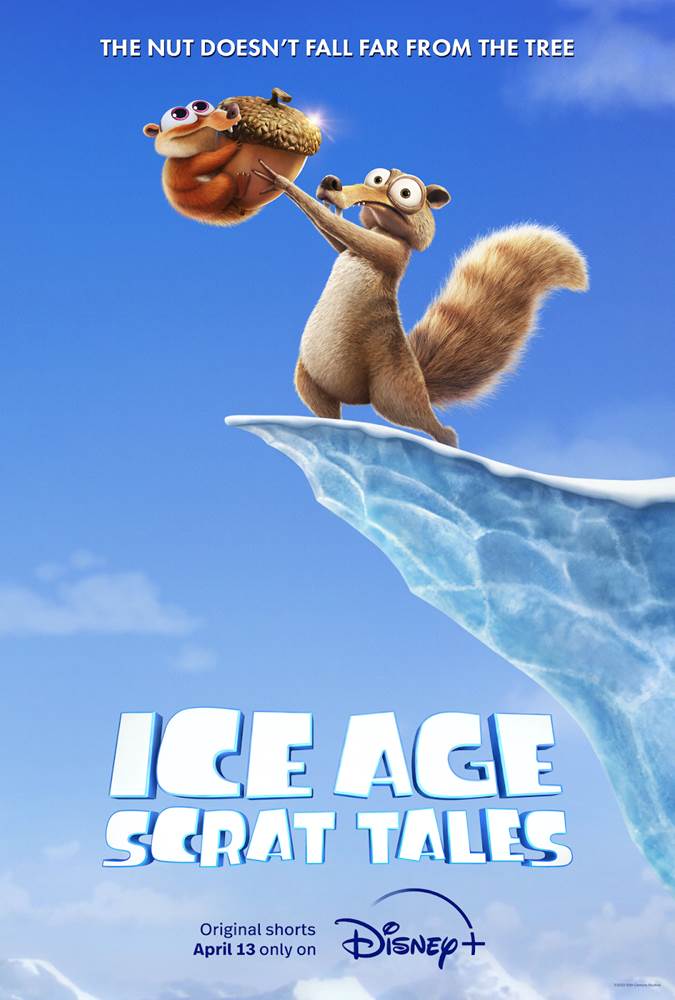 I’m very happy to report that any doubts or skepticism I had, regardless of how warranted it may or may not be, was quickly thrown out of the window with the first entry in this six episode series, and reinforces why Scrat is the character usually chosen to represent the franchise as a whole. First off, I must say that any silent character in animation immediately has my adoration simply because without dialogue, all emotion must be shown through the character animation. While Scrat Tales does use vocal noises, let’s be clear, the character animation is still very well done and we know exactly what is going on (or not, in some cases) inside their heads. The majority of my favorite animated characters have little to no dialogue, but the one I’ll mention in this instance is Wile E. Coyote from the Looney Tunes. In Scrat Tales, the prehistoric creature we know and love still only has one thing on his mind (quite literally): to get that Acorn. However, from the outset of the first episode, we discover that Scrat has a new son, and it’s all loving and sweet until that son also wants that one thing…the acorn. 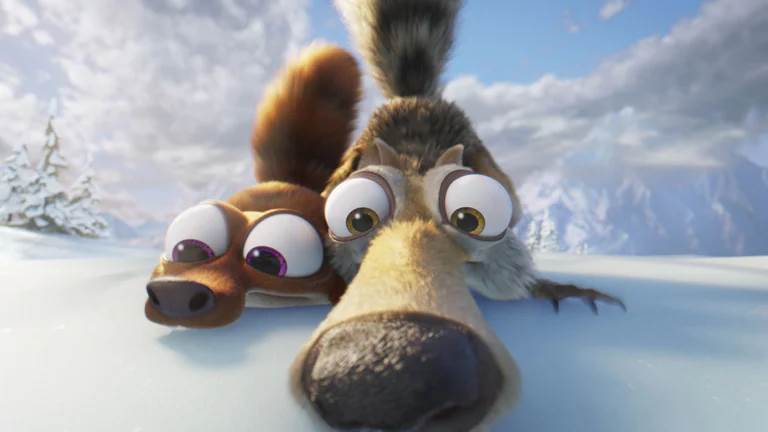 From there, and throughout the rest of the episodes, there is a tumultuous relationship between the two that is caring yet adversarial and is reminiscent of the trials and tribulations of the aforementioned iconic coyote. Crazy antics, wacky violence, and all other sorts of shenanigans in order to get what they want, which in this case is not a roadrunner, but rather that lone acorn. I can only assume that the animators loved every minute of working on this project, because the fun that they had seemed to ooze out of the screen. Sight gags, the Tex Avery-like mayhem, and even a camera pull back revealing a storyboard artist was just plain fun and funny, to a point where I found myself enjoying these shorts the same way I would have enjoyed the Nickelodeon cartoons of the 90s, with Ren & Stimpy and Rocko’s Modern Life energy. One scene with Scrat teaching Baby Scrat how to jump onto an acorn screamed Prometheus & Bob (from Kablam!), complete with the horrible end result for the teacher. 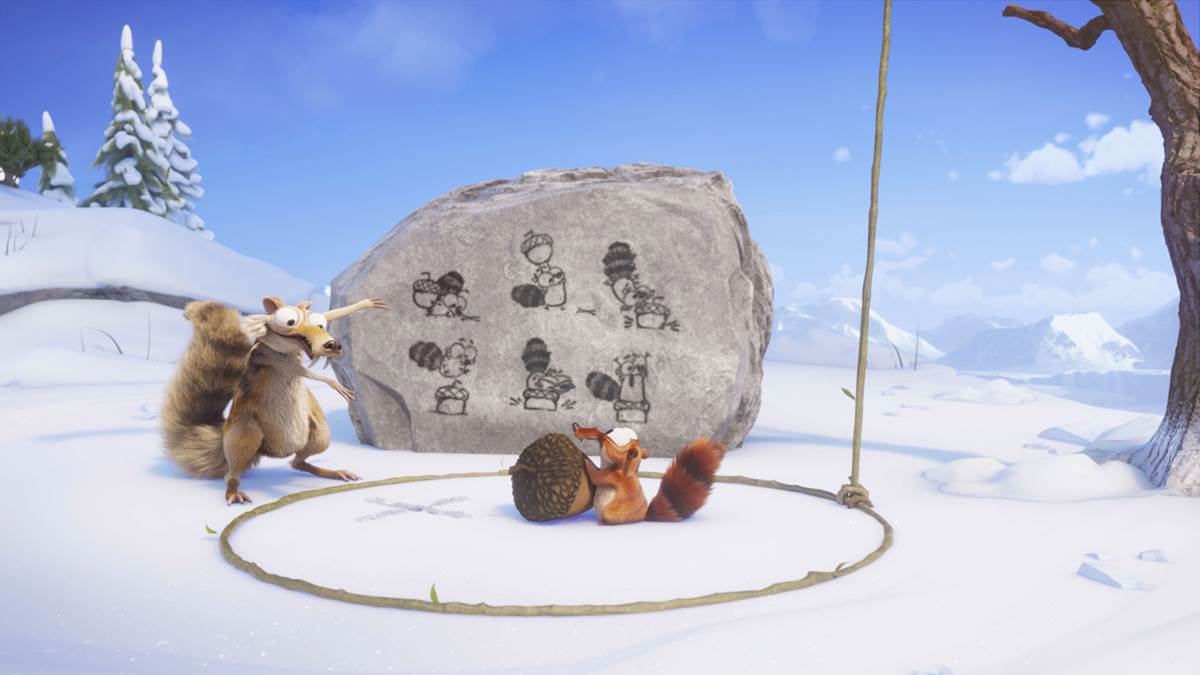 The outstanding character animation is also shown to great (and absolutely horrifying) effect in one short where our two friends have an encounter with their reflections in the ice, and the two characters somehow become six entirely different personalities. The series of shorts also features beautiful title cards, yet another thing I was not expecting. One admittedly got me laughing so hard I had to literally pause the short, and if you spend any kind of time on YouTube, you likely will get a hearty chuckle out of it as well. 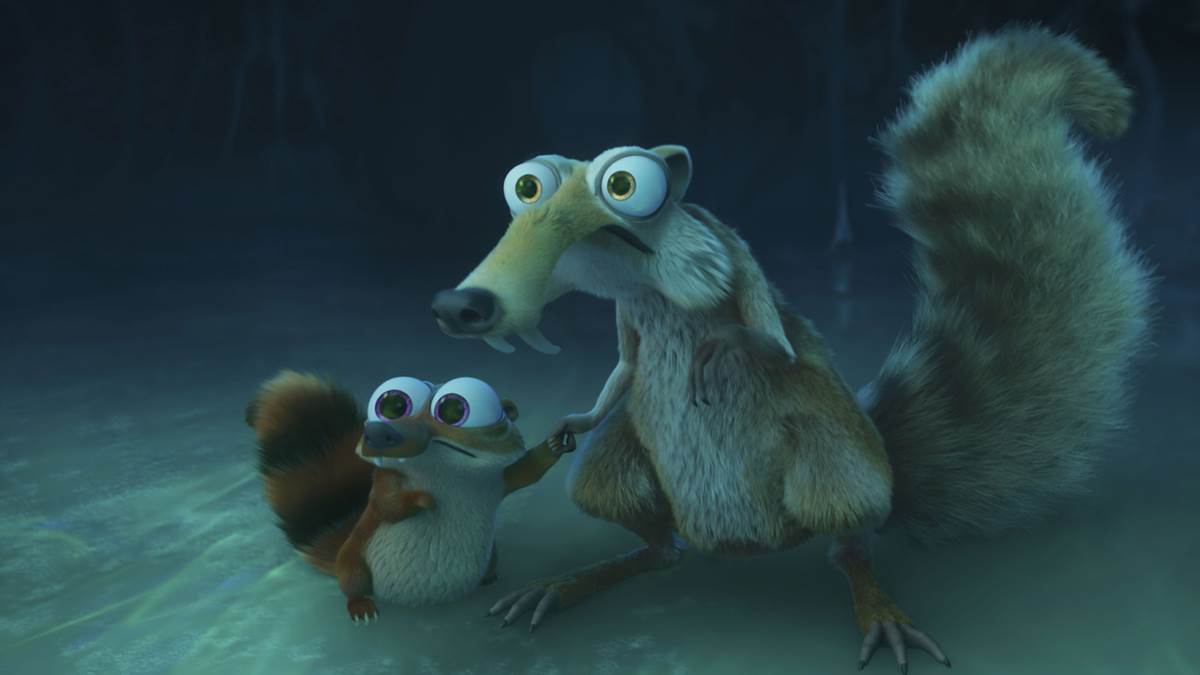 I was astounded and entertained, which admittedly was not something I was expecting at all from an Ice Age entry. What surprised me most however, was that after the sixth and final short (for now?) was that I wanted more. I want to see what becomes of Baby Scrat now that we know how cunning he can be, and I’m probably also the only one who was rooting for the Dodo the entire time, so I’d want to see more from him. But most importantly, I want a full album of Scrat’s LOFI Beats. Until then….