“#0” issues can often be frustrating for comic fans. On one hand, they’re a perfect jumping-on point for fans who just want to get into a new story. On the other, they’re a whole lot of repetitive exposition for stories that are already very familiar to avid fans.

“Captain America #0” accomplishes the seemingly impossible task of walking a line that makes it perfect for both groups. At this point, if you’re picking up a “Captain America” comic, you already know what the character is all about. This issue doesn’t bog you down with his origin story. Instead, it sets up an exciting new era for the iconic character and does so in an action-packed comic. 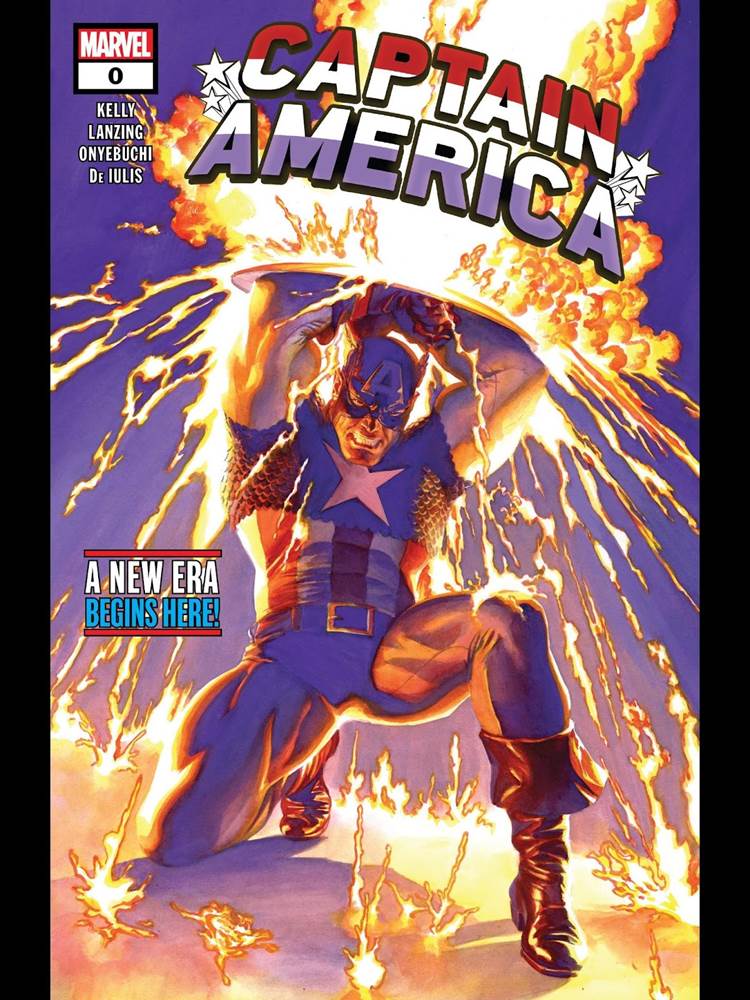 In an evil plot that feels like it came right out of a 1940s comic, Arnim Zola has disguised a rocket inside a New York skyscraper and plans to use it to turn everyone in the city into dinosaurs. He has the city at his mercy and it seems as though there is no way he could possibly lose at this point.

With two Caps trying to stop an explosive rocket littered with dozens of deadly Zola bots, we’ve got an action-packed adventure on our hands. And with Steve and Sam getting ready to embark on their own stories soon, this is only the beginning. 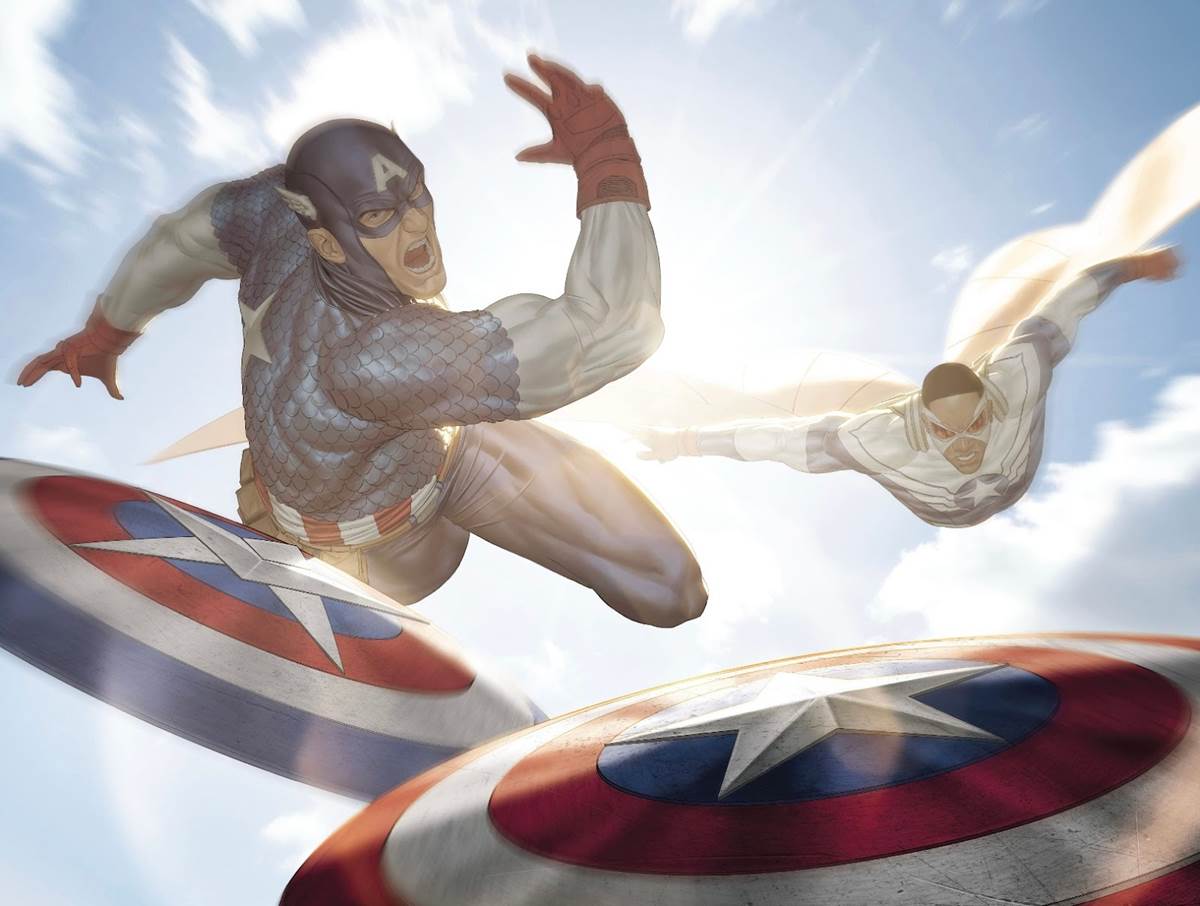 This feels like a classic Captain America story. The Steve Rogers dialogue is that quintessential, star-spangled man with a plan kind of dialogue that only works with this character. Even Zola and his ridiculous plan takes the reader back to a much simpler time in comics, when it was a good guy and a bad guy and not much else.

Following that same suit, this issue is very action-heavy. It takes only about a page and a half for the two Caps to leap into action and their mission almost plays out into the final page. There are plenty of explosions, shield throws and *KLANGS* to go around in this issue. 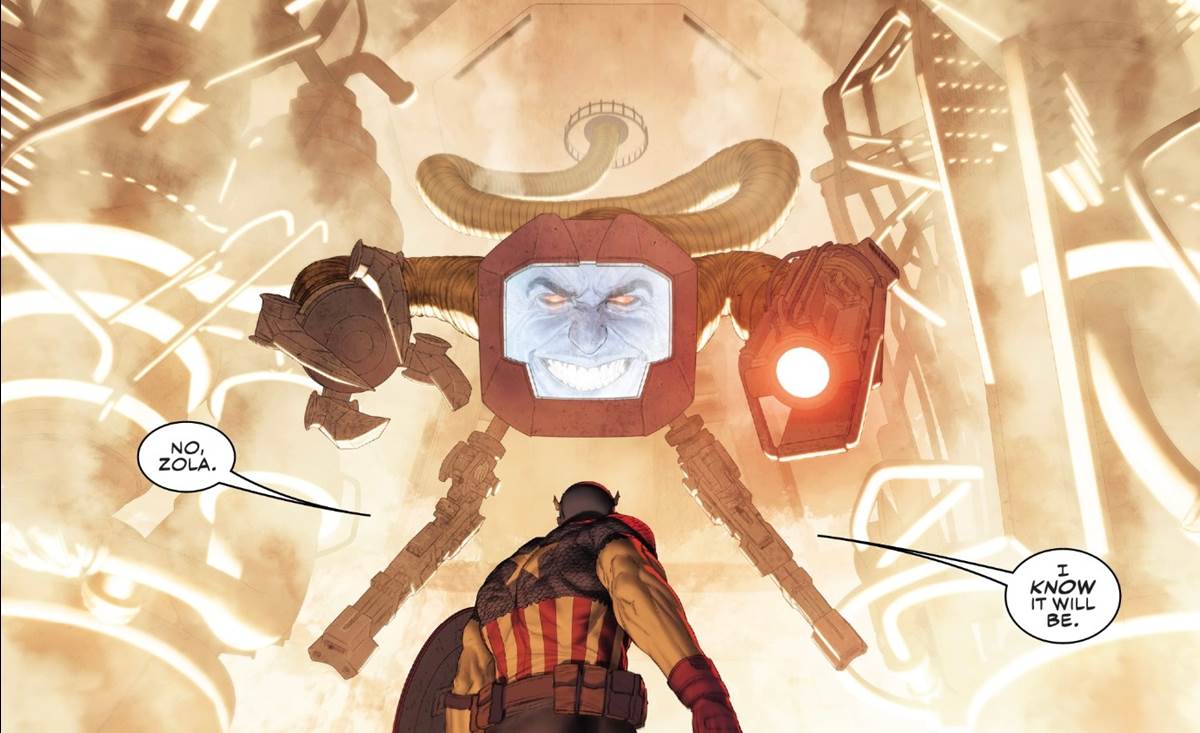 All that action is counteracted by a fair amount of humor though too. Sam Wilson is always a fun character to read because he can be serious but he’s always willing to crack a joke every now and then. Even Steve Rogers gets in a couple of one-liners in this comic and that’s not something you see every day.

The real star of this issue though is the art. Not only do we get that incredible Alex Ross cover (seen at the top) but we also get some fantastic images from Mattia De lulis all throughout the issue. This modern take on the art balances out nicely with that classic storytelling. 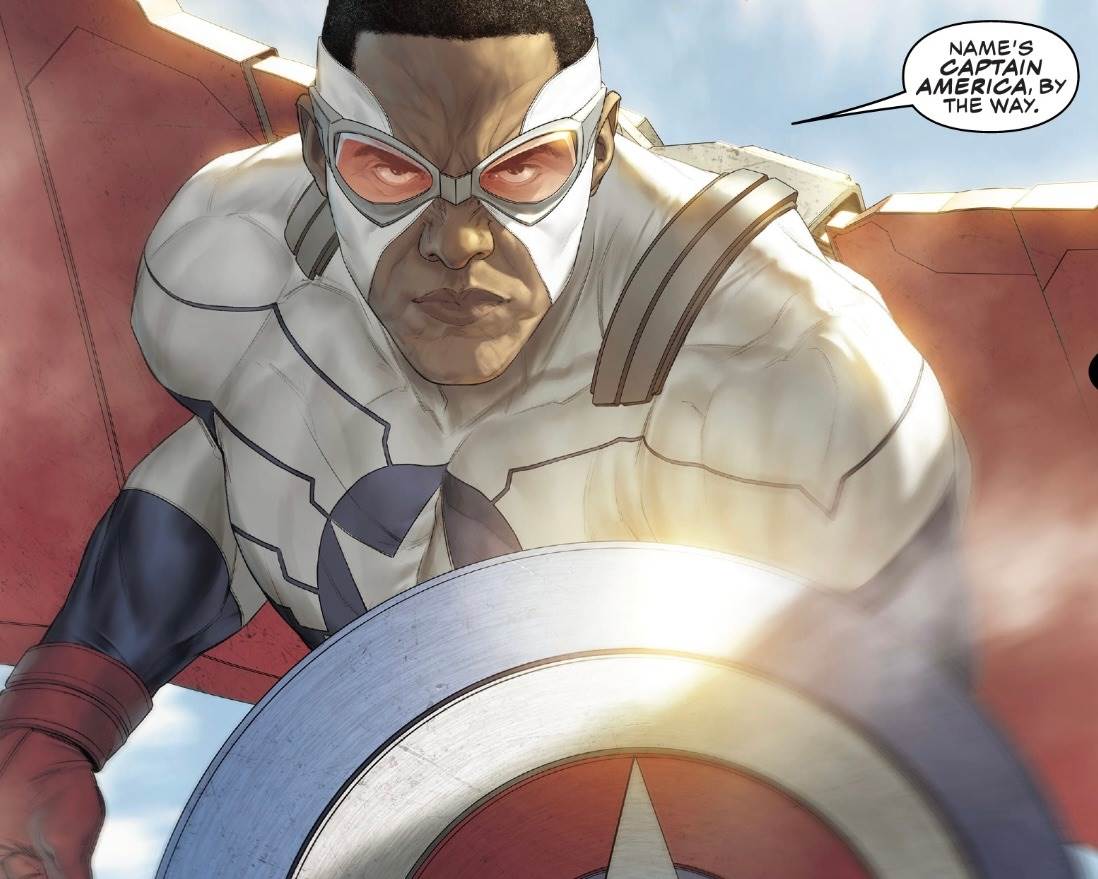 You can check out “Captain America #0” now.