The third episode, simply titled “24,” Carter heads to Syracuse, New York to explore the history of the 24-second shot clock. 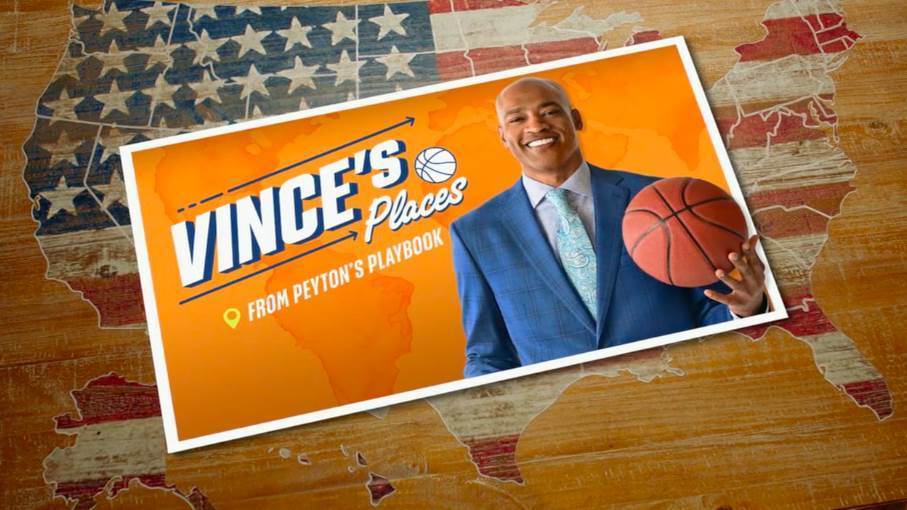 The episode opens with Carter meeting former NBA player Danny Schayes in Syracuse for a 24-second cold open. Carter then explains some of the history of the shot clock. We see some footage of games being played before the introduction of the shot clock. He explains that one of the best players in the leagues was none other than Danny’s father, Dolph Schayes, who played for the Syracuse Nationals.

Schayes explains that a major strategy in the game back then was simply to play keep away and dribble out most of the game, which led to very low scores and disinterested fans. That led to the creation of the original shot clock, which is currently located in the Noreen Reale Falcon Library.

The pair heads inside to take a look and, after a very long and drawn out joke, they find it. They turn the clock on to make sure it still works and check it out of the library. They then bring it to the War Memorial Arena, the home of the Syracuse Nationals.

Carter explains that it was in this arena that the clock sounded for the first time, signaling the first ever shot clock violation in the history of basketball. As they try to bring the clock back to where it belongs, they realize the arena is now only used for hockey. 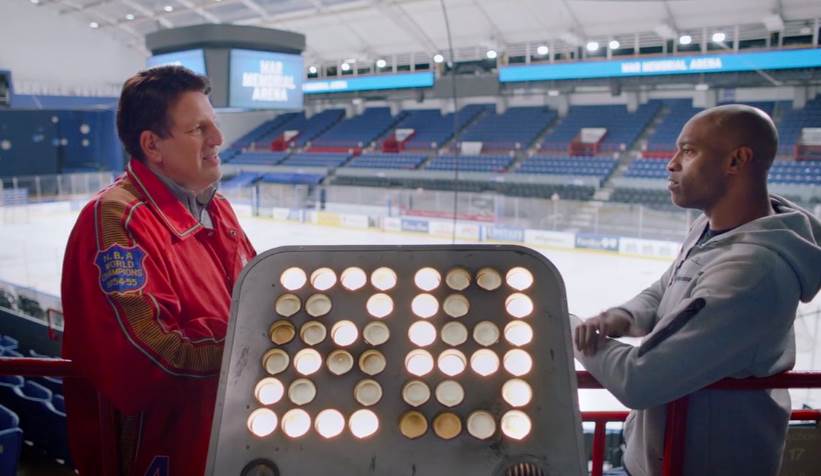 Schayes explains that in addition to the lack of a shot clock back in the early days of basketball, there was another rule that slowed the game down. Non shooting fouls would result in a team getting one free throw, allowing them to only score one point on any given possession. So, when teams were trailing, they would simply foul to try and trade one point for two, which resulted in long free throw contests.

The final straw was a game that ended in a 19-18 score and the shot clock was instituted shortly thereafter. Schayes then explains that the shot clock was used in one exhibition game and was so effective that it was immediately adopted after.

Working with what the arena as given them, Cater and Schayes take to the ice. Schayes explains that this classic hockey film Slap Shot was actually filmed there, so they get into a little slap shot competition, proving that hokey is not their sport.

The two then take the shot clock around time and use it to time people doing ordinary things. A woman at an ATM, a deli worker and someone trying to parallel park their car are given shot clock violations as the episode comes to a close.

This is one of the shortest and least substantial episodes of any of the shows following this format. It’s still entertaining, with a few good jokes strewn throughout, and there is an interesting lesson in basketball history here, but this doesn’t feel as though it’s a topic that deserved a full episode. That is made evident by the episodes less-than-16-minute runtime.

You can watch Vince’s Places on ESPN+ now. Fans can subscribe to ESPN+ for just $6.99 a month and can cancel at any time.