An animation desk sits on an empty soundstage, surrounded by all of the materials an animator would need to draw. A door opens and someone enters, an animator from Walt Disney Animation Studios. Sketchbook is an intimate portrait of both the talented artist behind the pencil and the character they’ve chosen to draw. This enchanting documentary series debuts on April 27th on Disney+. 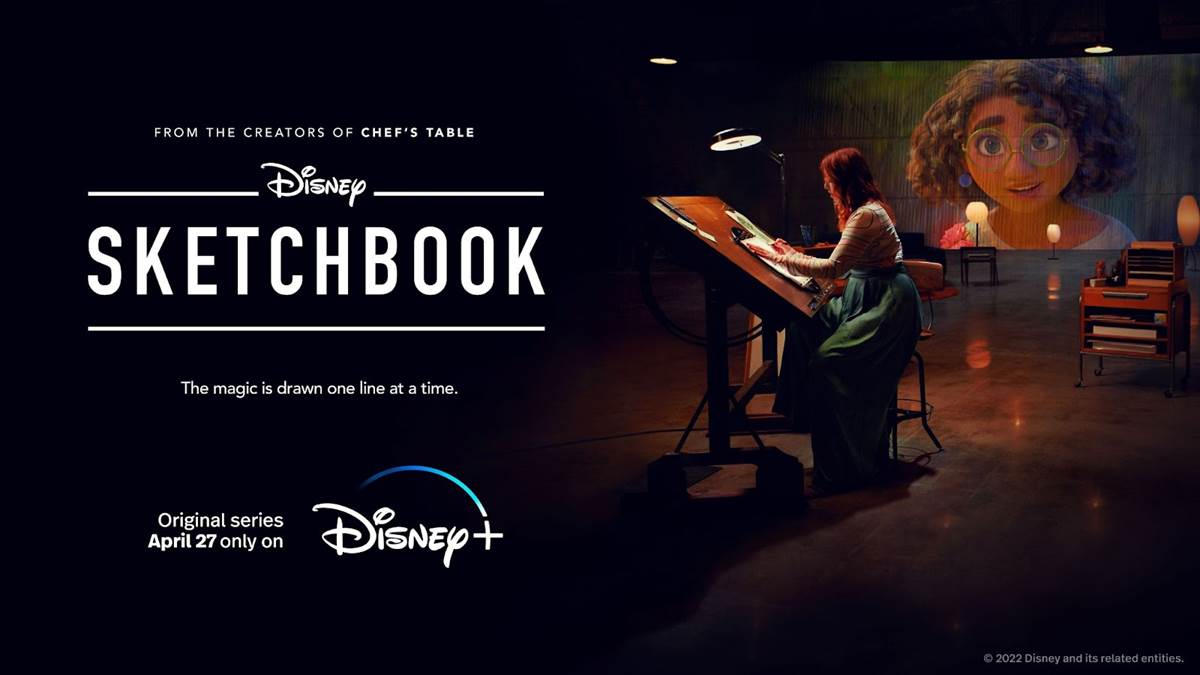 In the inaugural six episodes, animation fans will watch a mix of fresh faces at the start of their careers and seasoned veterans whose names are already legend in the animation medium. The two most familiar faces in the series are Eric Goldberg and Mark Henn, who have chosen to draw Genie from Aladdin and young Simba from The Lion King, characters they both helped create in addition to animating. The other four artists choose a mix of characters with special meaning for their journey in animation (Captain Hook from Peter Pan for Jin Kim, Kuzco from The Emperor’s Groove for Gabby Capili) or characters they’ve animated before (Olaf from Frozen for Hyun-Min Lee, Mirabel from Encanto for Samantha Vilfort).

Sketchbook includes elements of a how-to-draw tutorial, but it’s so much more than that. By the end of each episode, you feel like each of the artists has bared their soul. The interviews interspersed between drawing segments reveal something that all of the animators have in common: This was their calling. The interviews can sometimes get emotional, too, with Hyun-Min Lee’s episode creating some tear-jerking moments that stay with you.

As someone with no talent for drawing whatsoever, I’m not predisposed to try to draw along with the show. But like an old episode of The Wonderful World of Color about how animation is made, there’s a hypnotic quality to the drawing segments. Like watching Bob Ross in The Joy of Painting, Sketchbook is a relaxing experience that comes with moments of enlightenment for the viewer. The end credits also offer a quick sketch recap of each drawing.

Like the best Disney stories, the message behind each episode of Sketchbook is to follow your dreams and never give up on them. It’s inspiring to see how each of these dreamers knew that it was their calling to become an animator and put forth the hard work to see their dream through. It’s like watching what happens after “Happily ever after” appears on the screen. Spoiler alert: They continued to live happily ever after doing what they loved.

I give Sketchbook 5 out of 5 stars.