The UFC returns to the APEX in Las Vegas tomorrow night for another exciting fight card featuring some of the best fighters in the world. There may not be any big title fights or epic grudge matches, but these are the kinds of cards that somehow end up being the most entertaining.

In an interesting main event, one of the best female fighters in the world will move down a weight class to take on a fast-rising contender. Plus, two exciting lightweights will look to put on a show and hope to climb into the rankings and two women’s flyweights will try to cement themselves as true blue chip prospects. 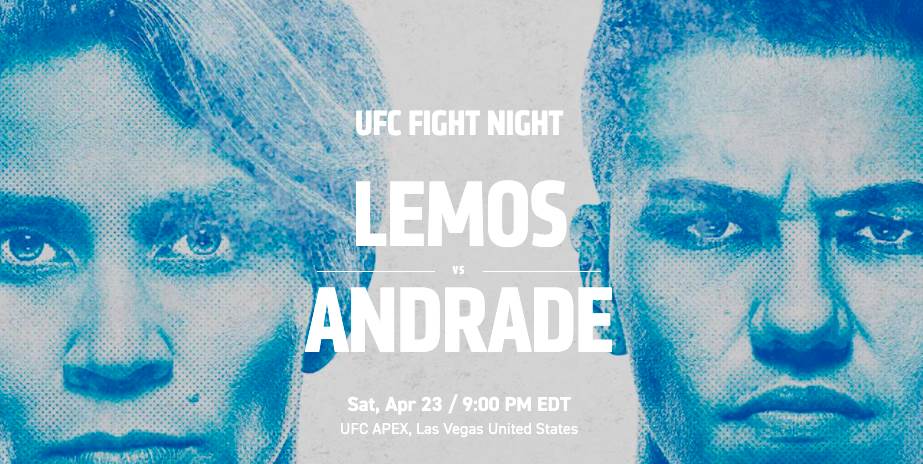 You don’t earn a nickname like “The Future” without showcasing some epic talent. Barber was being touted as the next big thing in women’s MMA before dropping a couple of fights in a row over the past couple of years. She has since bounced back with a win though to bring her record to 9-2 overall. Already with a streak of five-straight knockout victories under her belt, she has proven she can finish any opponent and is going to be a tough out for anyone.

The story is similar for De la Rosa. At just 27 years old, she’s not used to be the older fighter in her contests, but that will be the case here. Her 12-6 record is solid but in her last five fights, De la Rosa is just 2-2 with one draw. She is coming off of a knockout victory back in June of last year and a victory over Barber would build some serious momentum. This could be a very fun scrap but look for De la Rosa to try and take Barber to the floor any way she can. Out muscling “The Future” is easier said than done though.

Very few fighters have a resume quite like Guida’s. At 37-21 in his professional career, Guida has an astounding 32 UFC bouts on his record. In recent years though he hasn’t really been able to build any momentum. He hasn’t won more than two consecutive fights 2011, when he won four. At 40 years old, it stands to reason that Guida would be nearing the end of his career. And yet, he still passes the eye test. Guida moves around the octagon with more energy than guys nearly 20 years his junior and is still a lot of fun to watch.

And speaking of those much younger opponents, the 27-year-old Puelles comes into this bout with an 11-2 record and riding a four-fight winning streak. With six submission wins on his record, he’s kind of a worst-case scenario for Guida, who likes to take his opponents down and grind out victories. A win over Guida would not only be his fifth in a row, but it would also prove that he belongs with some of the best in the world and would really vault him at least into the rankings conversation. Gudia has dealt with dozens of dangerous grapplers in the past. Can Puelles give him anything he hasn’t already seen? 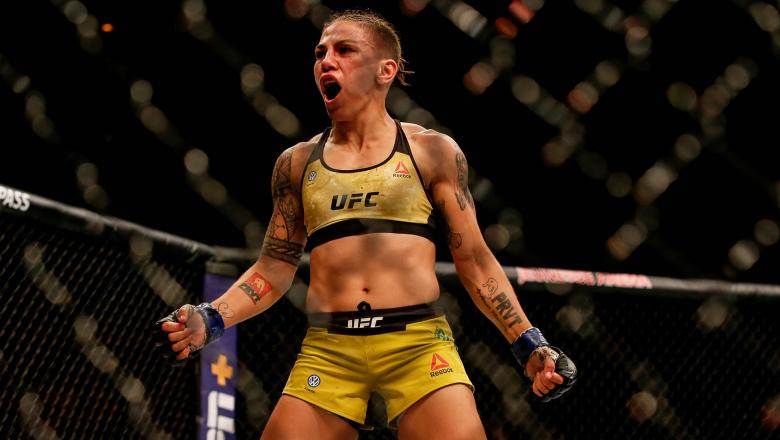 It takes a really special talent to climb to the top of the rankings in any of the UFC’s stacked divisions. It takes something even more rare to accomplish that same feat in two divisions. That’s on the table here for perennial contender Jessica Andrade, the top-ranked flyweight contender who is dropping down to take on one of the fastest-rising strawweights.

Over the past three years, Lemos has done nothing but impress. She’s won five in a row, with two knockouts and a submission, brining her record to an impressive 11-1-1 overall. With seven knockout wins in her career, Lemos has proven that she has some serious power in her hands and can put any opponent away in a blink of an eye. A win over Andrade with be a huge feather in her cap and would almost certainly launch her up the strawweight rankings.

However, stopping Andrade is something that only the best of the best can do. In fact, her last four losses have all come to current or former champions including both the current flyweight and strawweight champs. Having just bounced back from a loss to the dominant flyweight queen Valentina Shevchenko, Andrade is now looking to try her luck in another division. And to add to that narrative, Andrade has already split two fights against current strawweight champ Rose Namajunas. A title shot for Andrade after just one win in the division would likely ruffle some feathers but it’s not out of the question. Any way you look at it, Andrade just has more ways to beat Lemos, but the latter always has at least a puncher’s chance.