The Dora Milaje are some of the more mysterious characters in the Marvel universe. Women of very few words, they have dedicated their lives to the throne of Wakanda and don’t let many people inside their minds. That makes someone like Okoye, a future captain of the Dora Milaje, a perfect subject of a novel.

Okoye to the People: A Black Panther Novel lets Marvel fans inside the mind of a young Okoye, well before she ever became the right hand woman of King T’Challa. The young Dora is a fascinating character and this story interestingly takes her out of Wakanda and brings her to New York. 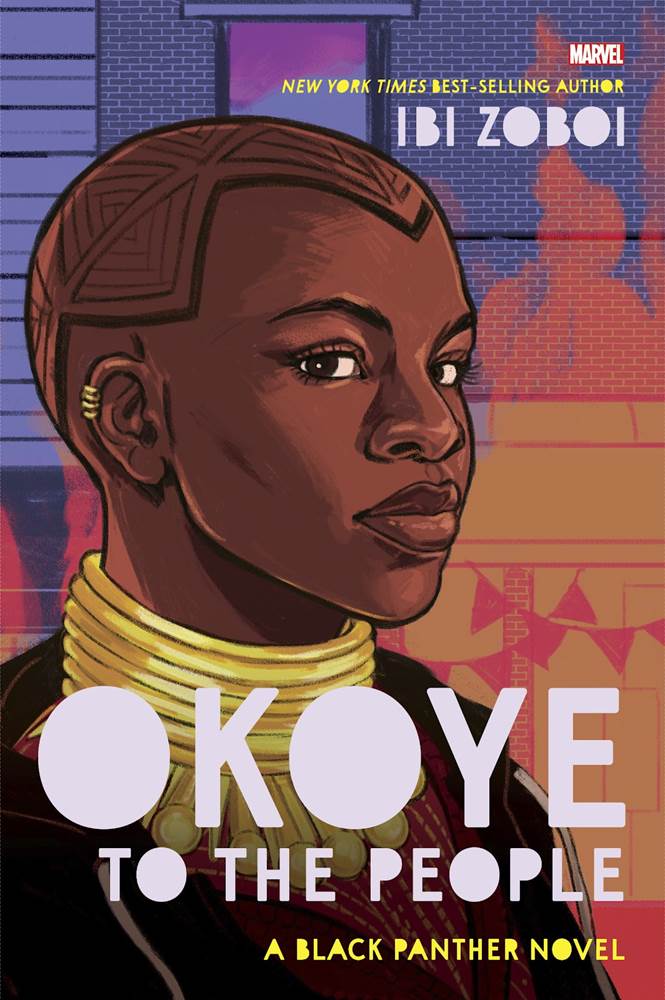 Okoye to the People is far from your typical Marvel story. Okoye is a fascinating character but she’s isn’t exactly a super hero. She’s a warrior, a guard to the throne of Wakanda and an incredible fighter, but she doesn’t have any supernatural powers or a technologically advanced suit of armor. That makes her more relatable, especially this younger version of herself who is just getting out on her first mission as a Dora.

Rather than your normal super hero story, what author Ibi Zoboi has created here is a very real-world story with a powerful message. Marvel has explored the themes of people rising up against their governments or the people who otherwise make the rules that suppress them in the past, but this story is as grounded and realistic as they come, without getting too dark or too far into the gritty details.

On that same not, this novel mangas to accomplish something with its antagonist that is very difficult to do. The “villain” of this novel isn’t exactly a hand-on kind of antagonist. Creating a character who can challenge Okoye or the other Dora physically is a challenge, so rather than go that route, Zoboi gave us a character who does their work behind the scenes, pulling the strings from the shadow. The result is a character that is very easy to dislike despite the face they themselves are not a threat.

This story also introduces some other great characters. In this story, Okoye visits the neighborhood of Brownsville, in which the people are being pushed out and their homes burned down. The people of Brownsville become very interesting characters as they are relatable but also make some intriguing decisions throughout the story. While you’re really rooting for Okoye to do the right thing, you can’t help but feel for these characters and that creates a complicated dynamic.

This novel does get a tad  slow in the middle. A lot of the story focuses in on Okoye’s inner conflict with this predicament upon which she has stumbled. As she is pulled to help the people of Brownsville, she is constantly called back by her duty of protecting the throne, with King T’Chaka and Captain Aneka frequently reeling her back in. This does become a bit repetitive after a while as the story slowly progresses around these moments.

There is also the the slight mistitling of this novel. To call this A Black Panther Novel is like saying Agents of S.H.I.E.L.D. was an Avengers show. The Black Panther is not at all the focus of this novel and the version of the character with which most fans are familiar is not even mentioned at all. It’s understandable to name drop the bigger character on the cover to get fans to pick the book up, but it’s also just a tad misleading.

The fact that the Black Panther isn’t heavily featured in this story is not necessarily a bad thing though as Okoye can certainly carry a story on her own. Especially with her put in this setting and constantly needing to keep the secrets of Wakanda while still doing all she can to help. She’s a fascinating character and this is one of the most in-depth looks we’ve ever gotten into how her mind works.

Overall, while Okoye to the People has its hiccups in the middle, it’s still a fun story. It shines a light not only on a character who is often playing the role of supporting character, but also on difficult social issues. If you’re looking for a super hero story, this isn’t it. If you want a grounded, relevant story based on an interesting character, this is a fun read.

Okoye to the People: A Black Panther Novel is available now. You can order your copy here.