As we approach summer, we also get into ABC’s Summer Fun and Games block of unscripted series. And, if you’re anything like me, you know that marks the return of the extreme miniature golf competition series, Holey Moley! 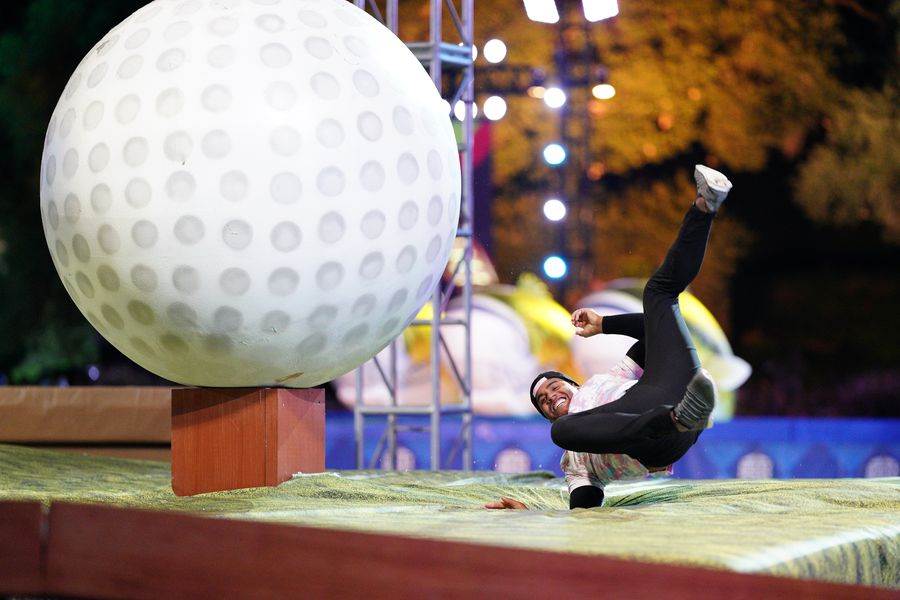 Returning for its fourth season, Holey Moley is bringing back the game that we have all fallen in love with, that's one part mini-golf and two parts Wipeout. Returning to host and provide color commentary are  Joe Tessitore and Rob Riggle with Jeannie Mai returning as the sideline reporter with our golfers on the course. Everything we know and have come to love from the show is back, including outlandish and challenging holes on the extreme miniature golf course that players must navigate on their way to win the highly coveted plaid jacket and golden putter as well as a chance at a far larger grand prize at the end of the season. 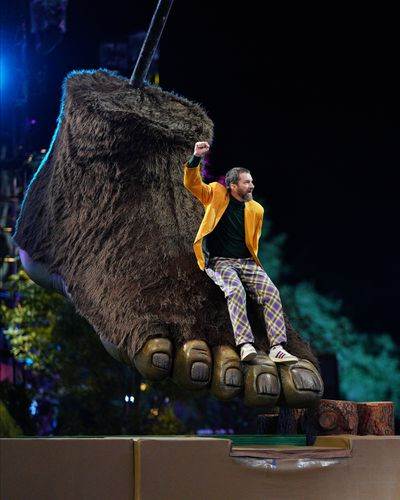 New for the fourth season, dubbed Holey Moley: Fore-Ever! We get to see the return of resident golf-pro Stephen Curry to the course, as well as new holes including the Trap-Tee-Zee, Holeywood, Full Mooney, Big Foot Wedge, and more. Fans will also see the return of favorite holes like Dutch Courage En Fuego, The Pecker, Polecano, and my personal favorite, The Distractor. 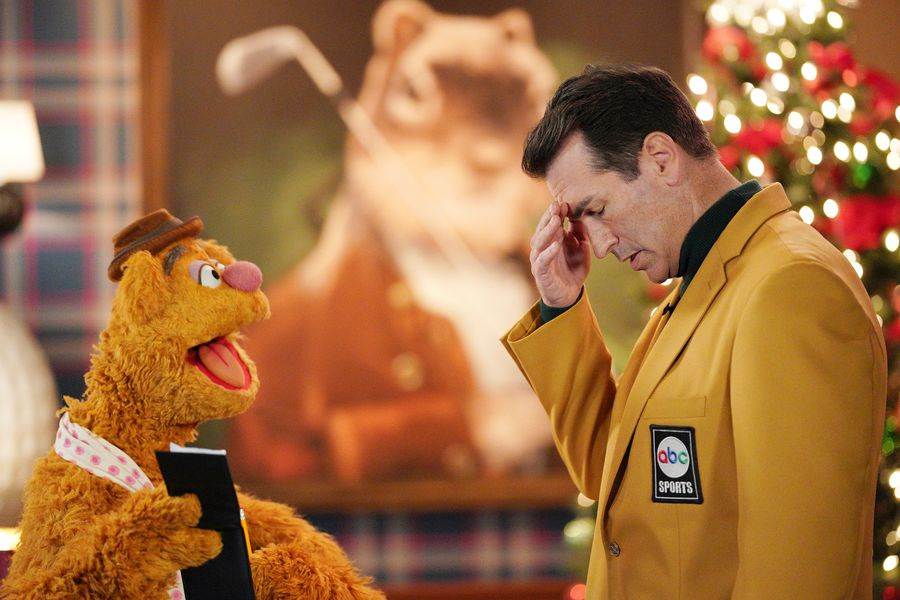 However, the big change this season comes as host and commentator Rob Riggle is determined to keep the show on the air….fore-ever. In doing so, we see a super-collaboration for the ages as The Muppets join the cast of the series. To what extent and how often we’ll see them is unclear, but episode descriptions for the first three episodes reveal that at least one Muppet will be on hand each episode as eight contestants face off for the plaid jacket and golden putter for a spot in the finals. 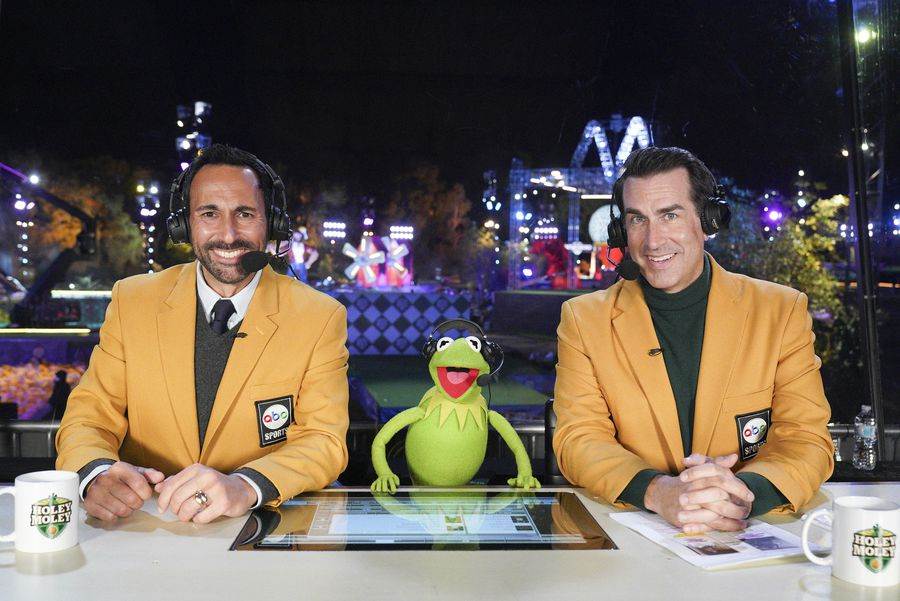 Since the first season of Holey Moley, fans have always been on the edge of their seat when it comes to the show’s renewal. Many consider it to be the funniest, if not the best, unscripted reality competition series on television today. In the show’s second season, the fan base and ratings for a same-day audience reportedly GREW. When the third season, Holey Moley: 3D in 2D, debuted, the ratings fluctuated but still did well, and fans were not left wondering about a fourth season, as season three and four were greenlit at the same time. So, for a fourth season, fans can enjoy everything we’ve come to know of the competition series once again, but what we know now is still not everything we know! Like seasons past, the series promises surprises along the way, whether it be guest judges, celebrities in their own challenge miniature golf hole (a la Long Jon Lovitz) and who knows? Maybe even a star in the crowd again! Lookin at you, Josh Duhamel. 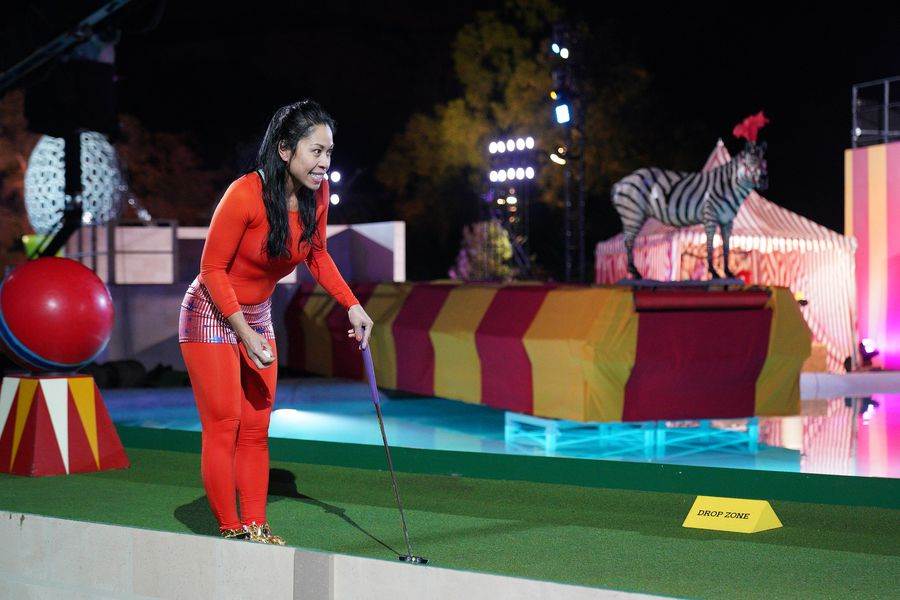 Personally, I can’t wait for the first episode tonight and I hope the Muppets fit in with the crazy antics and shenanigans I have come to expect from the show. Sadly, I just know that the appearance of Muppets on any television mean that there is a shark nearby, and I certainly hope that Rob, Joe, Jeannie and Stephen don’t jump it at any point, unless of course they do it LITERALLY on the Putt the Plank hole from seasons past. 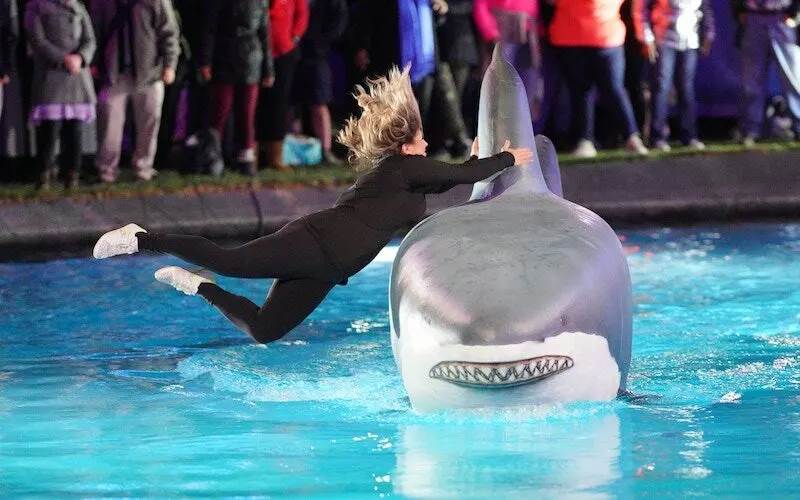 Holey Moley: Fore-Ever! Sees its season premiere tonight, May 3rd, at 8:00 PM ET on ABC, with the series streaming next day on Hulu.