Pixar’s Turning Red is no longer a Disney+ exclusive with today’s release of the studio’s 25th animated feature on home video. The 4K Ultra-HD Ultimate Collector’s Edition is a 3-disc set that includes the film on both Blu-Ray and 4K, an extra disc of bonus features, and a digital copy code. With bonus features that go behind the creation of the film, fans will gain a better understanding of what goes into making an animated film. 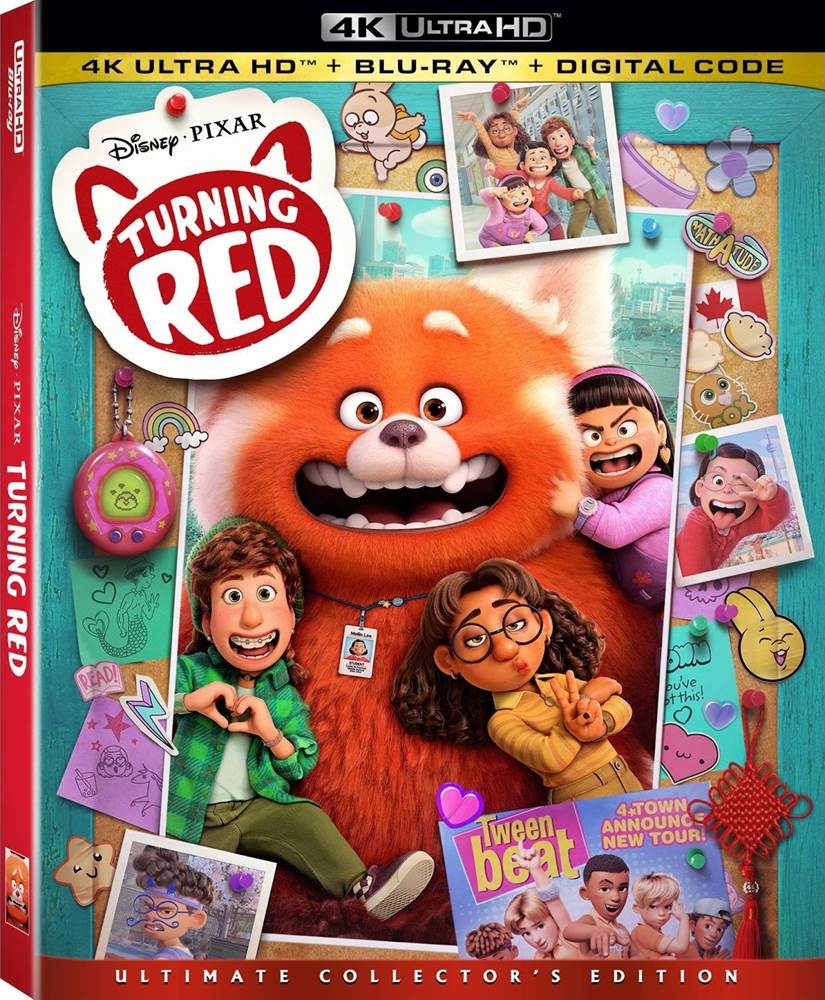 Meilin Lee is a 13-year-old girl in Toronto who, along with her best friends Miriam, Priya, and Abby, obsesses over the hottest boyband 4*Town. Unlike her friends, however, Mei presents a different version of herself at home, where she helps her refined mother run the Lee Family Temple and pretends to not be interested in boybands, or even boys for that matter. But when Mei’s mother Ming gets a peek into Meilin’s social life, unintentionally humiliating her daughter, Mei suddenly finds herself overly excited, and POOF!… she transforms into a giant red panda!

From the fun of 4*TOWN’s music to early 2000s fashion, director Domee Shi sets a personal story of adolescence in a colorful and imaginative world. Turning Red is now available on 4K Ultra-HD, Blu-Ray, DVD, and Digital to enjoy anytime you need a *Poof* of red panda fun. With the Ultimate Collector’s Edition, fans get a 3-disc set that includes the film on 4K and Blu-Ray, plus a bonus Blu-Ray disc of bonus features and a digital copy.

The 4K/Blu-Ray/Digital combo comes in a standard black Blu-Ray case with disc holders on both sides of the interior. The 4K disc is stacked on top of the Blu-Ray bonus features disc. Inserts include a digital copy code through Movies Anywhere, a flier for Disney Movie Club, and a new flier for Disney+, which I haven’t seen before. The initial pressing comes with a slipcover. Disc are is included on all three discs, representing different emotions of red panda Mei.

Pixar’s Turning Red is a lot of fun and the film looks and sounds spectacular on 4K and Blu-Ray. In addition to the premium picture and sound, the assortment of bonus features are enlightening, albeit scarce for a release that has its own bonus features disc.