The third issue of Marvel Comics’ Star Wars: Galactic Starcruiser – Halcyon Legacy miniseries brings us to the prequel era as Senator Padmé Amidala and Jedi Knight Anakin Skywalker board the legendary Halcyon starcruiser undercover to catch a traitorous politician before he defects to the Separatist side in the midst of the Clone Wars.

But first, Halcyon Legacy #3 continues the framing device set in the “present” (the period set just before Star Wars: Galactic Starcruiser guests board the ship for their experience at Walt Disney World) by having the pirate menace Crimson Jack fire upon the Halcyon just before Captain Riyola Keevan and Cruise Director Lenka Mok steer the vessel into a solar storm. 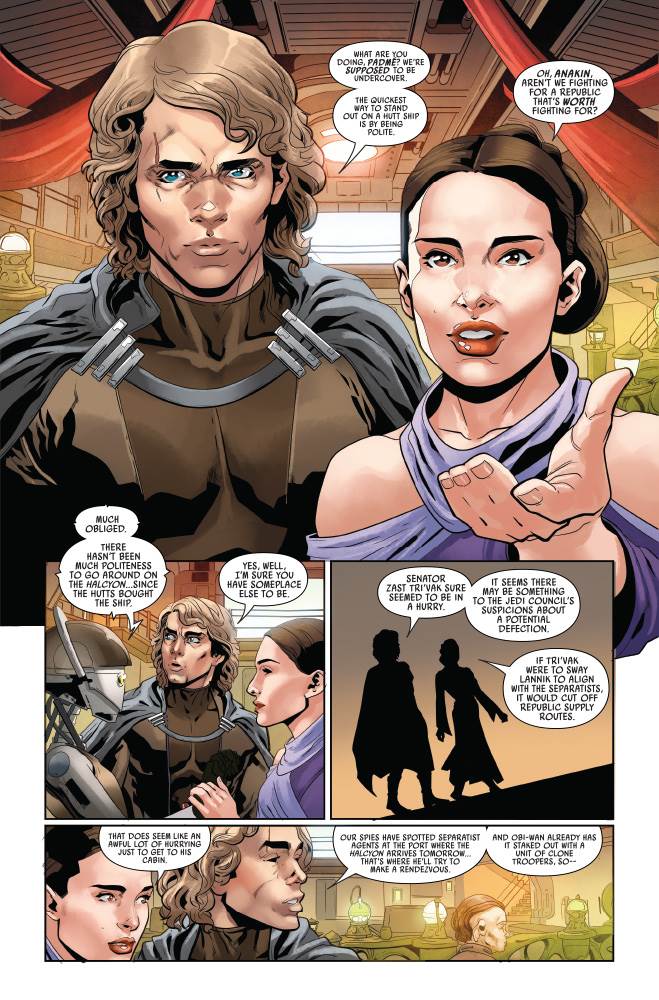 Tholothian passenger Shorr Komrrin has logistics droid D3-O9 tell his granddaughter Cimina another story about the Halcyon’s past to distract her from the imminent danger, and D3 just so happens to choose a tale that involves Komrrin himself. It seems that during the Clone Wars, the Hutt Cartel owned and operated the Halcyon, overcrowding the ship with gamblers, ne'er-do-wells, and even a captive Rancor they keep chained up in the Atrium (How the heck do they get that thing in and out of there? I have no idea, but it’s gone by the climax of the flashback). I made note early on in this issue that the interiors of the Halcyon have started to more closely resemble what you’d see as a guest visiting and experiencing the Star Wars: Galactic Starcruiser at Walt Disney World, so I have to wonder if this would have been created around when artist Will Sliney was first given access to images of the real-world location. 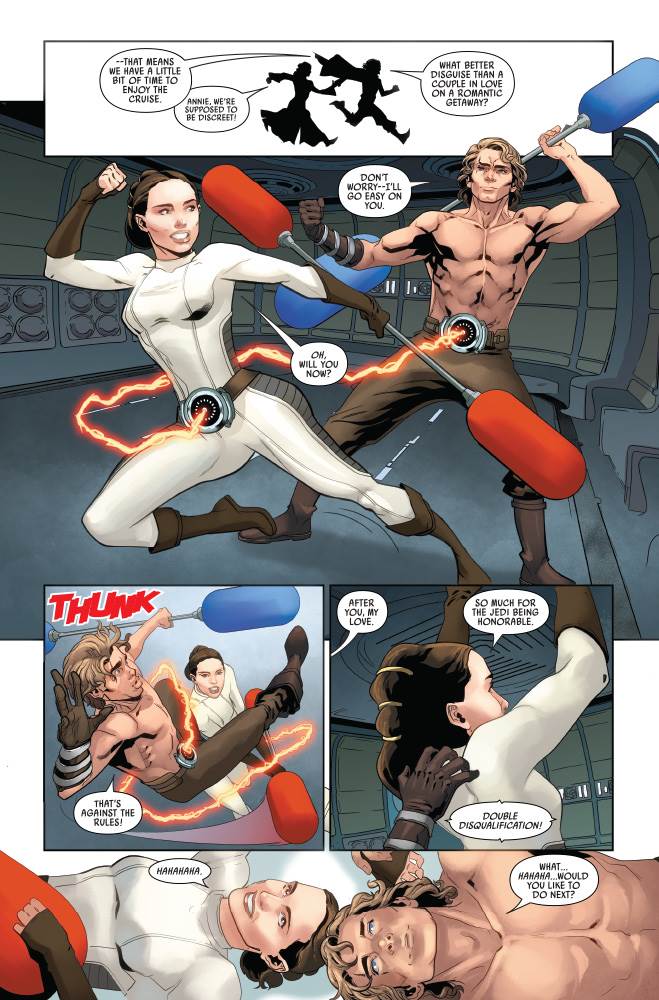 In the flashback, Anakin and Padmé are aboard the Halcyon in disguise, but they don’t try very hard to keep their identities a secret– they help D3-O0 escape from the Atrium’s chaos, flirt shamelessly in the Climate Simulator, spar in the Lightsaber Training Pod, and generally live like an openly married couple during their voyage, despite the consequences should they be discovered– I suppose it helps that being in love is also part of their disguises. But they’re soon interrupted by the arrival of Asajj Ventress, who aims to extract the Lannik Senator Zast Tri’vak from the ship so he can join Count Dooku’s forces. But the Jedi and the senator from Naboo spring into action, combatting Ventress and protecting a young Shorr Komrrin, respectively. It’s a fun romp, though this comic is still pretty obviously targeted to a younger audience than Marvel’s other Star Wars titles. Some of the drawings of the lead characters are kinda goofy, but otherwise Sliney does a good job of making Galactic Starcruiser feel like a bright, exciting place to be. And writer Ethan Sacks, as always, remains talented at moving things along at an entertaining, energetic clip. It’s enough to keep things reasonably interesting for readers of all ages. 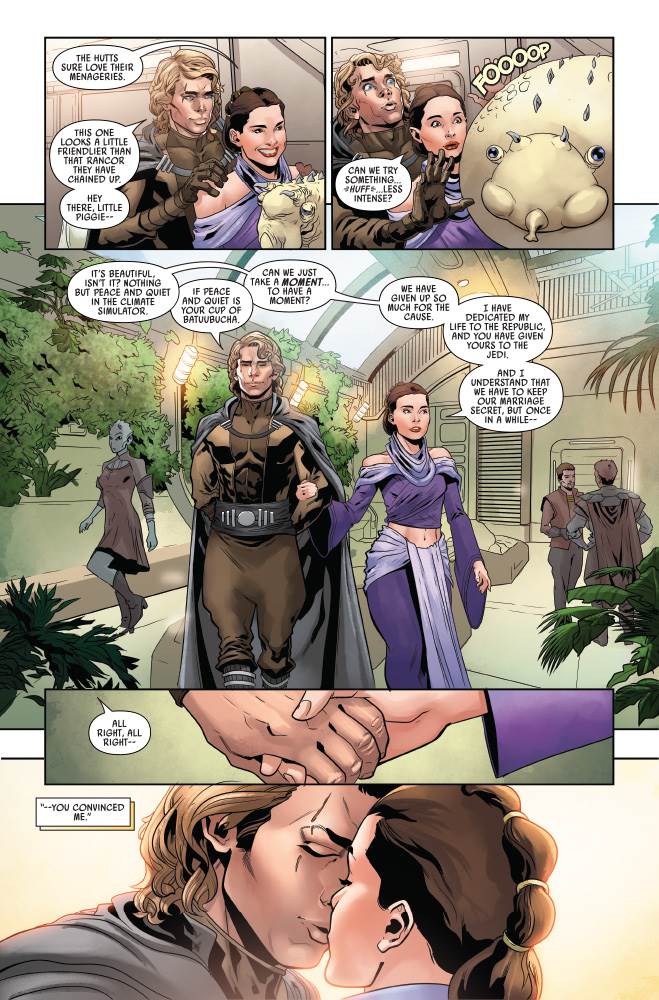