“The great advantage of a mini-series is we can do the whole story,” writer and executive producer Steven Moffat said of the new HBO 6-part adaptation of Audrey Niffenegger’s The Time Traveler’s Wife, premiering Sunday, May 15th. “The movie was a quite intelligently abbreviated version, but by abbreviating it you’re missing the detail and all the complexity, and you make it, in a way, all about the time travel and not about the love story. In terms of the original book, it’s classic. We do expand on some areas and we occasionally move things around a bit. I love it too much not to remain true to its intent and its heart.” The creative team was joined by a few members of the cast at a recent TCA press conference ahead of the show’s premiere. When it came to casting the titular time traveler, director and executive producer David Nutter already had an actor in mind. “Many years ago, I was cutting the pilot, Arrow, at my offices in Warner Brothers, and right next to me, they were cutting another CBS show with some young gentleman who's the youngest district attorney in New York or something like that. I kept saying, ‘Who's this guy?’ And so I kept my finger on this thing, Theo James. He didn’t probably know that but I kept looking for him to see what he was up to. And, fortunately, when this came around, he was available, and we were able to bring him in and, once [he] read the role, that was it. It was over. It was all his.”

Theo James plays Henry DeTamble at various times in his life, sometimes acting opposite himself. “That was a massive challenge because we cross-shot the series,” the actor explained. “What Steven did was deliciously use the narrative and the concept and the construct of time travel to make it jump around in a way that made it percussive and pacey and really interesting. People tried to help all of us out as much as possible, but there were days when we could be shooting one year in the beginning of the day and an entirely different year at a different age at the end of the day.” One of the helpful aspects for Theo was costume changes, which included some aging makeup and effects. “David tried to shoot the younger guy out first. And then, the next day, we'd go back to the older version. Because it's quite hard to switch between those on a dime, you know? You've got to kind of live in that person from the moment you wake up in a way. It sounds pretentious to say, but the way he walks and talks and stuff are just a little bit different with age, even if it's the same person.”

One of the most complicated scenes occurs in episode 4 where two Henrys are at a dinner party together. “I had an incredibly fun time playing that,” Desmin Borges shared, who plays Gomez. “As a child of the eighties who grew up watching plenty of stories about time travel that sort of influenced my life, to actually get to be in one and go the full gamut with it, because we will see as the story grows and Gomez and Henry’s friendship really starts to kindle that he finds himself not only incredibly enthralled by this new injection of life that he didn’t realize existed through the means of time travel but, at the same time, there’s a bit of a gap that he has to figure out… Through that discombobulation of brotherly love that they ultimately get to, you find humor and drama within that as well.”

“What the time travel allows you to be is it can be insanely funny and also dark and philosophical all at the same time,” executive producer Brian Minchin said of the tone of the series. “That's great because it allows you to go to tonal spaces and gives it a scope and ideas which you couldn't do if you weren't putting every timeline together at once.” For Steven Moffat, the humor aspect comes naturally. “There are jokes all the time at the most tragic moments of your life,” the writer shared. “Humor belongs among tragedy. It’s how we cope. It’s how we get through it. It’s our reflex in the face of unbelievable stress. We have this comedy valve that gets us through. I just find the more dramatic it is, the more likely it is that you are going to be funny.”

Published nearly 20 years ago, The Time Traveler’s Wife is a classic, but reading it wasn’t a prerequisite for the cast. “I actually got gifted the book when it came out that I got the part,” Natasha Lopez shared, who plays Charisse. “I made the decision not to [read it]. I had seen the movie, but I made the decision not to because I didn’t want to have this idea of what the character was written, but just go with Steven’s take on it. I wanted to create my own world, but I was familiar with the film.”

For Steven Moffat, adapting The Time Traveler’s Wife was a bit of a full-circle moment for another time in his career. “I loved the idea of time travel affecting romance when I read this book,” Moffat revealed, who was working on Dr. Who at the time. “I said we had to do a Dr. Who story like that, which we did. Which was called ‘The Girl in the Fireplace,’ which Audrey Niffenegger saw on television and wrote into her next book, so I knew she was onto me. But I think what is brilliant and thrilling about the interaction of time travel and a love story here is it makes the most common phenomenon of a completely happy marriage interesting again. Love stories tend to end at the altar, or love movies do. A romance movie ends at the altar or they start with the divorce. We never do the bit where people are perfectly happy with each other for decades because it seems like an undramatic thing, in a way. By scrambling it all up and by constantly reminding you that love is inextricably linked to loss, you make this very common phenomenon of the happy marriage interesting, thrilling, and full of tension and tragedy, as well as joy and happiness.”

You can see the miniseries adaptation of The Time Traveler’s Wife on HBO on Sundays at 9/8c starting May 15th and streaming on HBO Max. 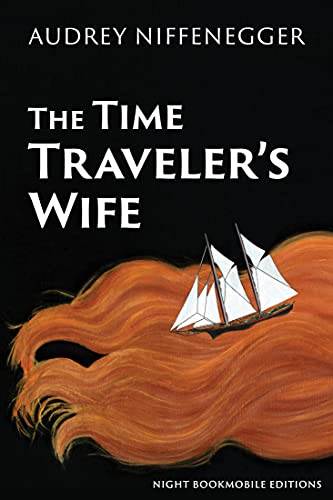