By The Book by New York Times Best-Selling author Jasmine Guillory is an all-new story containing all-new characters but is reminiscent of Disney’s Beauty and the Beast. It is an easy read filled with great lessons – for the protagonist and the reader – about not only finding yourself, but standing up for yourself, as well as taking risks. The story is also peppered with some fun Beauty and the Beast Easter Eggs that fans will enjoy. 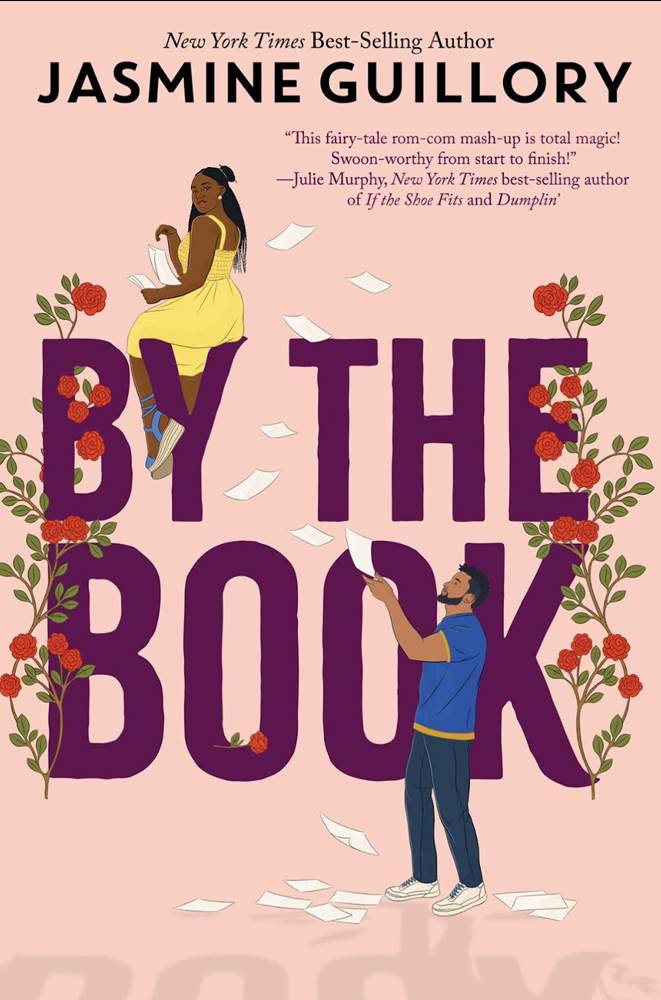 What is By The Book about?

When Isabelle first began her career in publishing after college, she did not expect to be twenty-five, still living at home, and one of the few Black employees at her publishing house. Overworked and underpaid, constantly torn between speaking up or stifling herself, Izzy thinks there must be more to this publishing life. When she overhears her boss complaining about a beastly high-profile author who has failed to deliver his long-awaited manuscript, Isabelle sees an opportunity to prove her worth and finally get the recognition she deserves.

All she has to do is go to the author's Santa Barbara mansion and give him a quick pep talk or three. How hard could it be?

Izzy quickly finds out she is in over her head. Beau Towers is not some celebrity lightweight writing a tell-all memoir. He is jaded and withdrawn and—it turns out—just as lost as Izzy. But despite his standoffishness, Izzy needs Beau to deliver, and with her encouragement, his story begins to spill onto the page. They soon discover they have more in common than either of them expected, and as their deadline nears, Izzy and Beau begin to realize there may be something there that wasn't there before.

A charming tale as old as time for a new generation

Guillory does a nice job of reimagining a Disney classic and adding a modern and unique twist. Izzy shares with Disney’s Belle a love of books – only this time, Izzy works as an editorial assistant at a publishing house, aptly named Tale As Old As Time. I enjoyed that this story was centered around Izzy helping Beau complete his book. It felt like an appropriate tribute to bookworm Belle while showcasing all of Izzy’s attributes, as well as conveying the challenges she faces – and the surprises she encounters – in getting the job done.

In what Izzy interprets to be a random opportunity (when really it is her vouching for herself thanks to a little liquid courage at a cocktail party), Izzy sets off from New York to California to tame the beast, Beau Towers, an attractive recluse of a celebrity. The author’s use of the name “Beau” in this story, juxtaposed not only with “Belle” but also with his unfriendly, snarky and negative attitude, is another great example of a thoughtful spin on the Disney film. At one point, Izzy and Beau are searching for something to watch on television, when Izzy selects This Provincial Life. These small but effective nods to the film will not be lost on Disney fans and are a testament to the attentiveness of the author and the fun of the story.

Izzy is strong, driven and intelligent, though she is often too hard on herself and second guesses her decisions. I loved that Izzy is given both the opportunity for love and for a thriving career in this story. Often, in real life, women are told that they must choose one or the other, but Guillory beautifully serves up both here, though still on a hard-earned and well-deserved platter.

The characters are warm and loveable and Izzy’s monologuing is something that many young readers may be able to relate to. The pace of the story is on the slower side and a little repetitive at times, but it largely goes hand-in-hand with the “getting-to-know-one-another” journey that Beau and Izzy take (it can be likened to an extended version of the “Something There” montage from the Disney film). Various turning points in the story are tied to Izzy’s job, including the distance between New York and California. This may be one obstacle to relationships – in both fairytales and the real world. The blend of fiction and reality is well done in this story and gives readers something to reflect on in how this might play out in their own lives.

By The Book is a charming, inviting and inspiring fairytale of today. I not only recommend it to young readers but encourage them to check it out. Some of Izzy’s character traits might be more familiar than they realize.