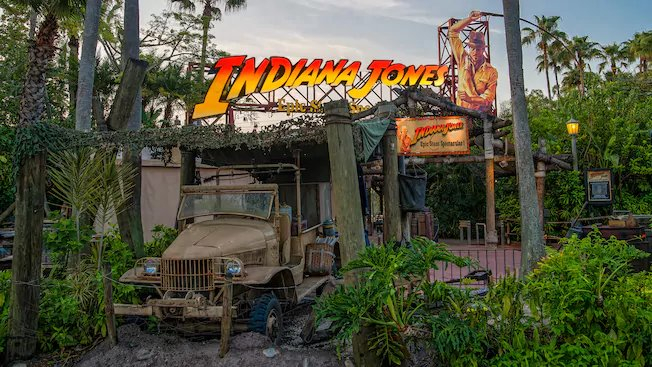 When the third gate at Walt Disney World opened in 1989, it had the whip-slinging professor reenacting his most daring stunts from Raiders of the Lost Ark by August of that year. The Indiana Jones Epic Stunt Spectacular! has room for over 2000 guests per show and has not stopped punching, fighting, or blowing Nazi planes up for almost 30 years. What’s interesting to note is that this was one attraction in the park that wasn’t closed when the planned expansion for Star Wars: Galaxy’s Edge was announced. I think the show will continue to go on for many years to come.

But Dr. Jones wasn’t just acting out his physicality in the stunt show. When Hollywood Studios opened, they also had a landmark attraction in The Great Movie Ride. Now closed, this lengthy journey through the movies allowed guests and movie fans the chance to see clips of their favorite classic movies brought to life with the Disney Audio-Animatronic creations that Walt Disney Imagineering is known for. There is a wonderful scene of Indy and his friend Sallah, trying to raise the Ark of the Covenant out of its resting place. Every time we drove through this scene, I could always picture Indiana Jones looking more real than any of the other creations. In 1993, Dr. Jones opened up another landmark attraction at Disneyland Paris with Indiana Jones et le Temple du Péril. This looping roller coaster is based on an expedition to the Lost Temple of Peril. Riders are brought on the journey through the temple, always feeling like the famed archaeologist is not far behind, or perhaps just ahead of your car, waiting for you to make it out alive.

Having ridden this attraction when I visited the park in 2008, I was struck by how intense a ride it was, and how much potential there is to the area. I loved walking around the area where there were artifacts of the dig and seeing little traces of Dr. Jones throughout the area. Even though it is a looping roller coaster, which terrifies me, I convinced myself to ride the attraction twice, and I don’t regret it. 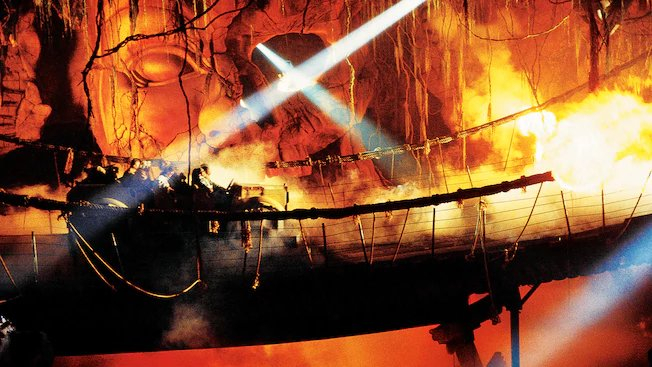 The Indiana Jones Adventure: Temple of the Forbidden Eye opened in Disneyland in March of 1995. The success of the Indiana Jones Epic Stunt Spectacular! in Hollywood Studios led to this creation and guests are treated to a one of a kind adventure. Hopping into a mine car which goes through all kinds of twists and turns, as well as a plunge into darkness, riders will experience the thrill that Dr. Jones has when he is exploring. By the end of the attraction, guests will want to get back on for another round in the temple.

The Indiana Jones Adventure: Temple of the Crystal Skull attraction that premiered in the Tokyo Disneyland Resort on September 4th, 2001 has no connection to the fourth movie from 2008, but it does borrow from the Disneyland California attraction. In many similar aspects but whereas as the California version is set in India looking for an ancient Bengalese Temple, the Tokyo version has Dr. Jones in Mexico looking for the fountain of youth.

Though not an attraction at a Disney Park, Jock Lindsay’s Hanger Bar which opened in the fall of 2015 at Disney Springs in Walt Disney World has an ideal complement to the world of Indiana Jones. Based around the character that Indiana Jones fans see for the opening moments of Raiders of the Lost Ark, Walt Disney Imagineering created a lounge bar festooned with items that relate to this memorable character. While having drinks or enjoying a snack, you start to wonder if Jock Lindsay was a real character, and you will definitely see the connections with Indiana Jones. I know I did.

With a year until the next adventure of Dr. Jones, I just hope that fans get the chance to see an expanded world of the world-famous archaeologist. Maybe it is time for him to get his own land. After all, aren’t dinosaurs extinct?