Star Wars Celebration attendees were among the first to visit Vespaara, a planet on the outskirts of the outer rim that will make its debut in the upcoming video game Star Wars Hunters, coming later this year on mobile devices and Nintendo Switch. I had the chance to play a demo of the game in the exhibit hall and attended a panel where the creative team revealed some exciting information about this fun combat game. Set between the original and sequel trilogy (the era of The Mandalorian), this battle game promises to tell an exciting story. New concept art was revealed of Vespaara, which is located conveniently close to a hyperspace lane so that visitors from all over the galaxy can come see a show. The battle arena hosts a never-ending galaxy-wide competition put together by a collector of historical artifacts named Balotta the Hutt and a master showman named Dax (Editor’s Note: The names of Balotta the Hutt and Dax were never shown in print, so the spelling may be incorrect). Their battle arena is the crown jewel of Vespaara, a relatively quiet planet with a boomtown forming around the arena to meet the needs of the growing tourism industry. With so many incredible pieces in Balotta’s collection, battle arenas have been designed to look like important locations from throughout time. A destroyed AT-AT from the Battle of Hoth, for example, becomes a centerpiece in an arena called “Survival Salvage.” I personally played through a battle on a stage that was like the Ewok Village of Endor, complete with treetop bridges. 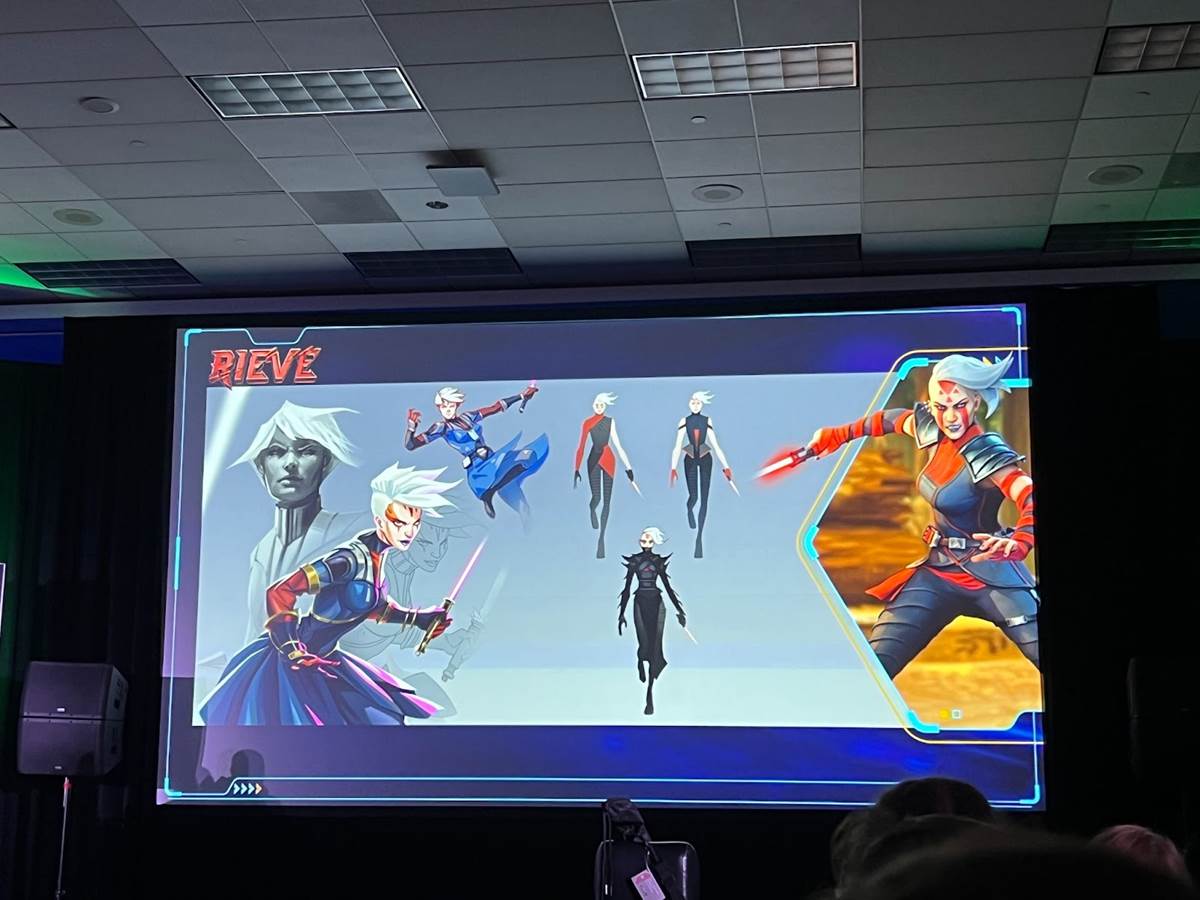 The bulk of the hour-long presentation was spent on character development and concept art, with most of the attention given to Rieve. She will be at the center of a companion novel called Star Wars Hunters: Battle for the Arena, scheduled for release on November 1st from Lucasfilm Press. Rieve is a force-sensitive orphan from Corellia who is trying to become a Sith. She paints her face in a pattern inspired by Darth Maul and her costume pulls together elements from a Sith Holocron. The lightsaber she wields was given to her as a gift, which she has customized to suit her unique personality. 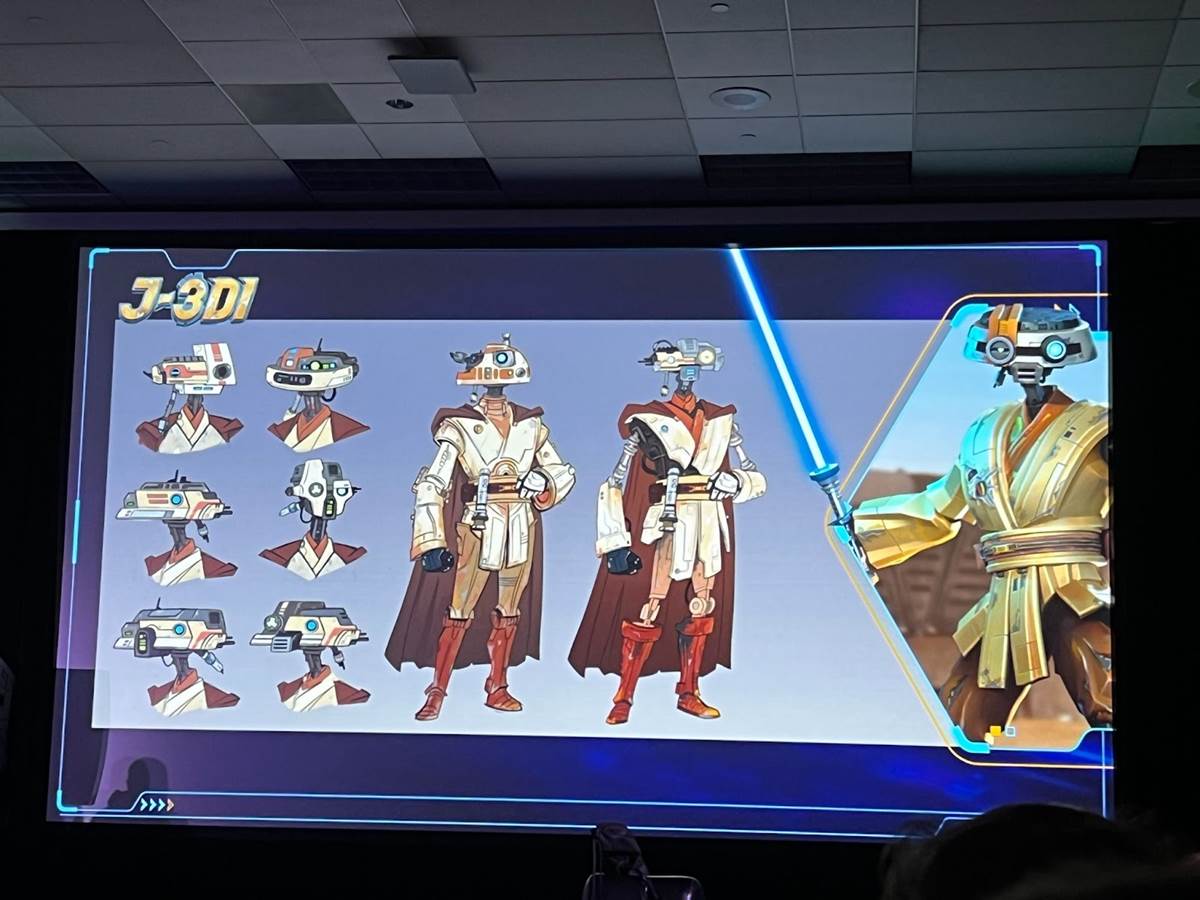 Jedi are not commonplace during this era, but everyone knows about them. That’s why J-3DI was created, a droid designed to look and act like a Jedi. His lightsaber is made up of spare parts from other droids and a hanging plug in the back of his head acts as a padawan braid. Adding comedy to the story, he was programmed with lots of knowledge about the Jedi, but he’s often wrong. For example, he is known to say farewell with the phrase “May the force be near you.” 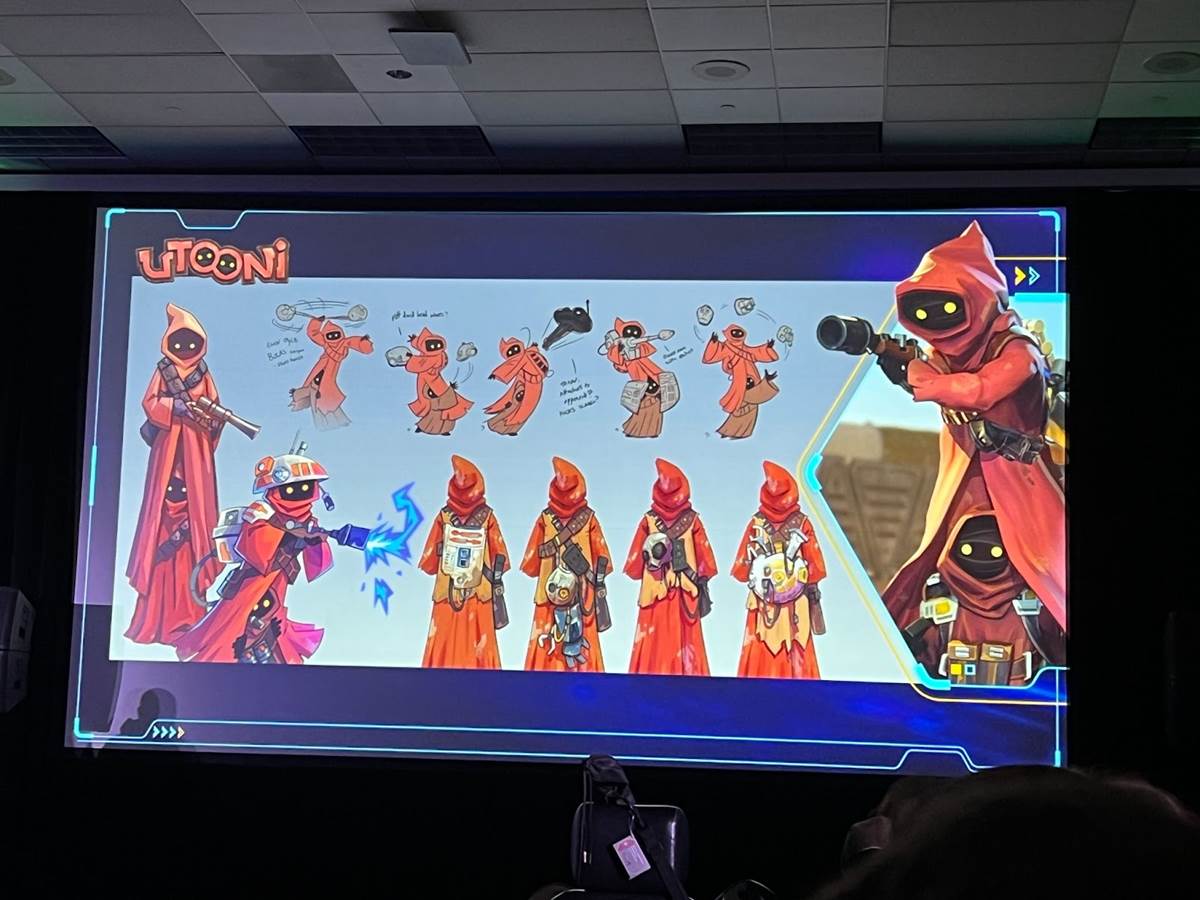 Is there a height requirement to battle in the arena? That seems to be the reason why these two Jawas have entered the game together stacked on top of each other. The two Jawas known as Utooni can be seen constantly bickering about who gets to be on top during each game. As you unlock other outfits, players will notice that the droids they’ve built their tools out of will change. Dizzy, a creative Ugnaught, competes under the name Slingshot with his ride-on droideka. All of the characters in the arena have their own allies and enemies playing the game. For Slingshot, no other player gets on his nerves quite like Utooni, the Jawas obsessed with wanting to take apart his droideka. 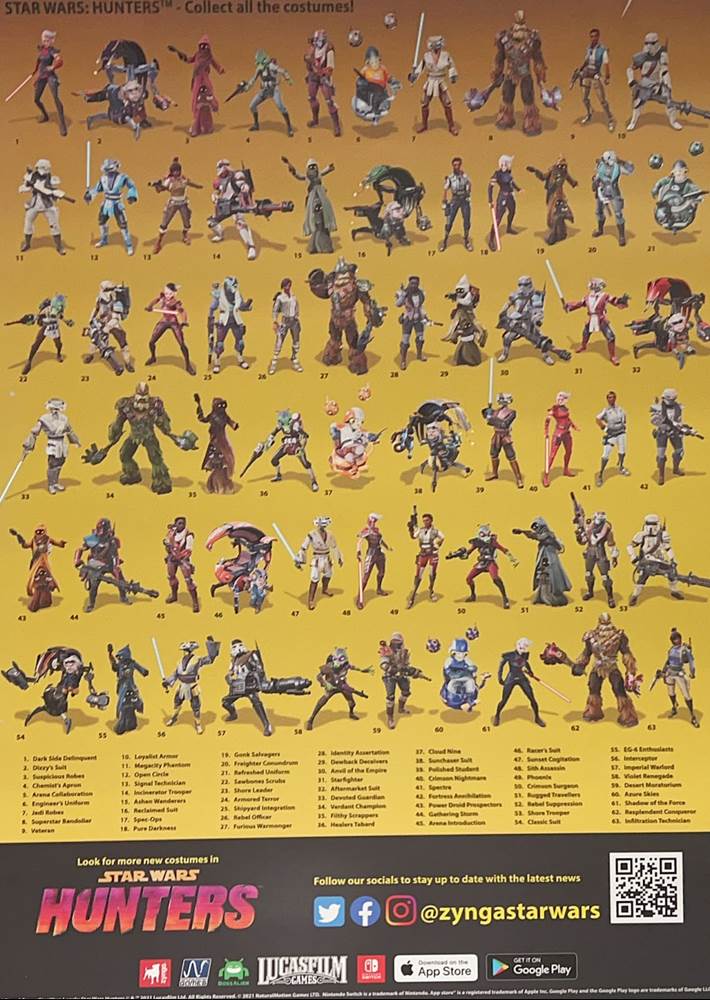 There are many other characters in the game who weren’t highlighted in the panel and the creators also teased that there will be unlockable outfits, including some from The High Republic era. As a special giveaway, attendees at the panel were given a poster with key art from the game on the front and a preview of some of the unlockable outfits that will be found in the game. You can visit the official Star Wars Hunters website to learn more. Until next time, “May the force be near you.” 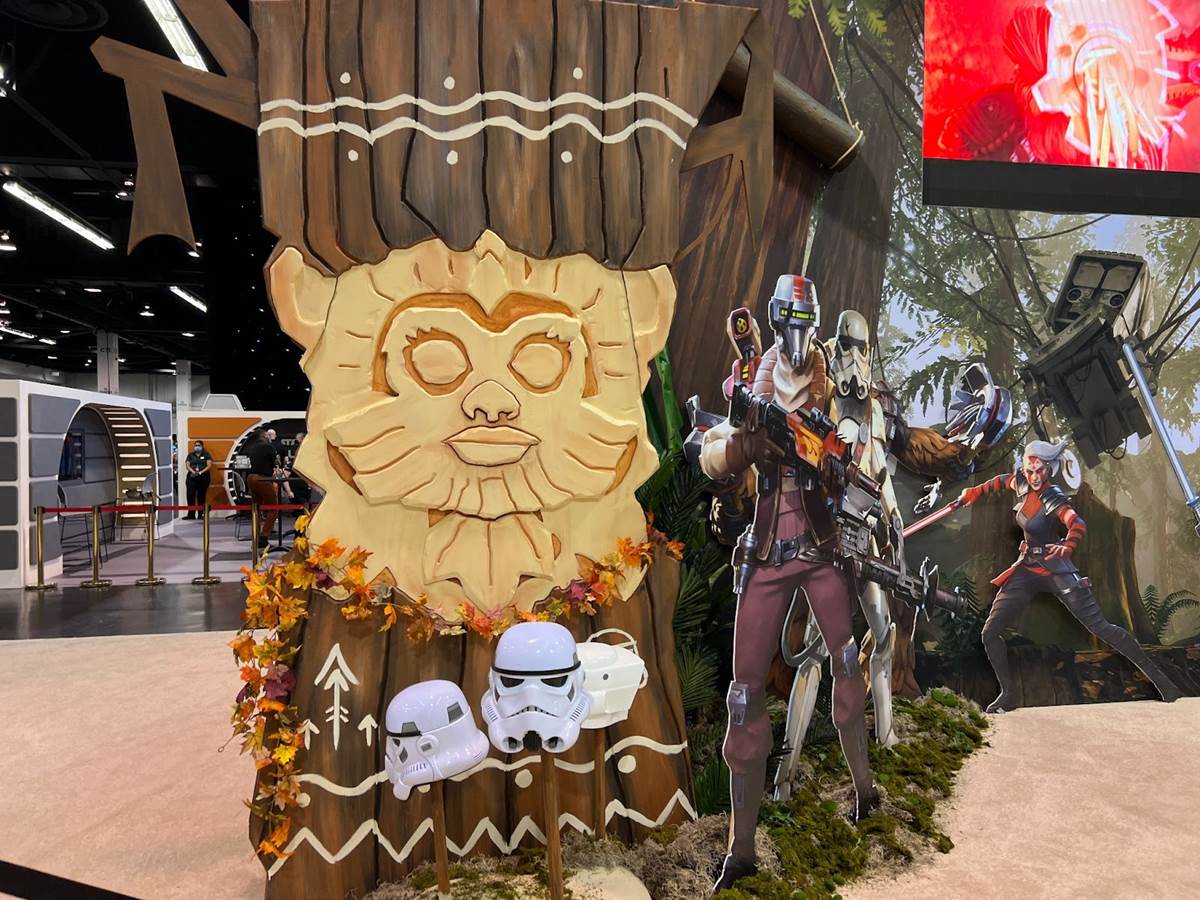