Netflix’s The Sea Beast garnered a lot of excitement at Annecy Festival, so much so that popular demand necessitated a bonus screening added to the schedule. From director Chris Williams, whose credits include Disney’s Bolt, Big Hero 6, and Moana, the film represents his post-Disney debut. In an in-person introduction to the screening, he talked about his childhood fascination with the film King Kong and with legends like Moby Dick, both of which served as a source of inspiration for the film. 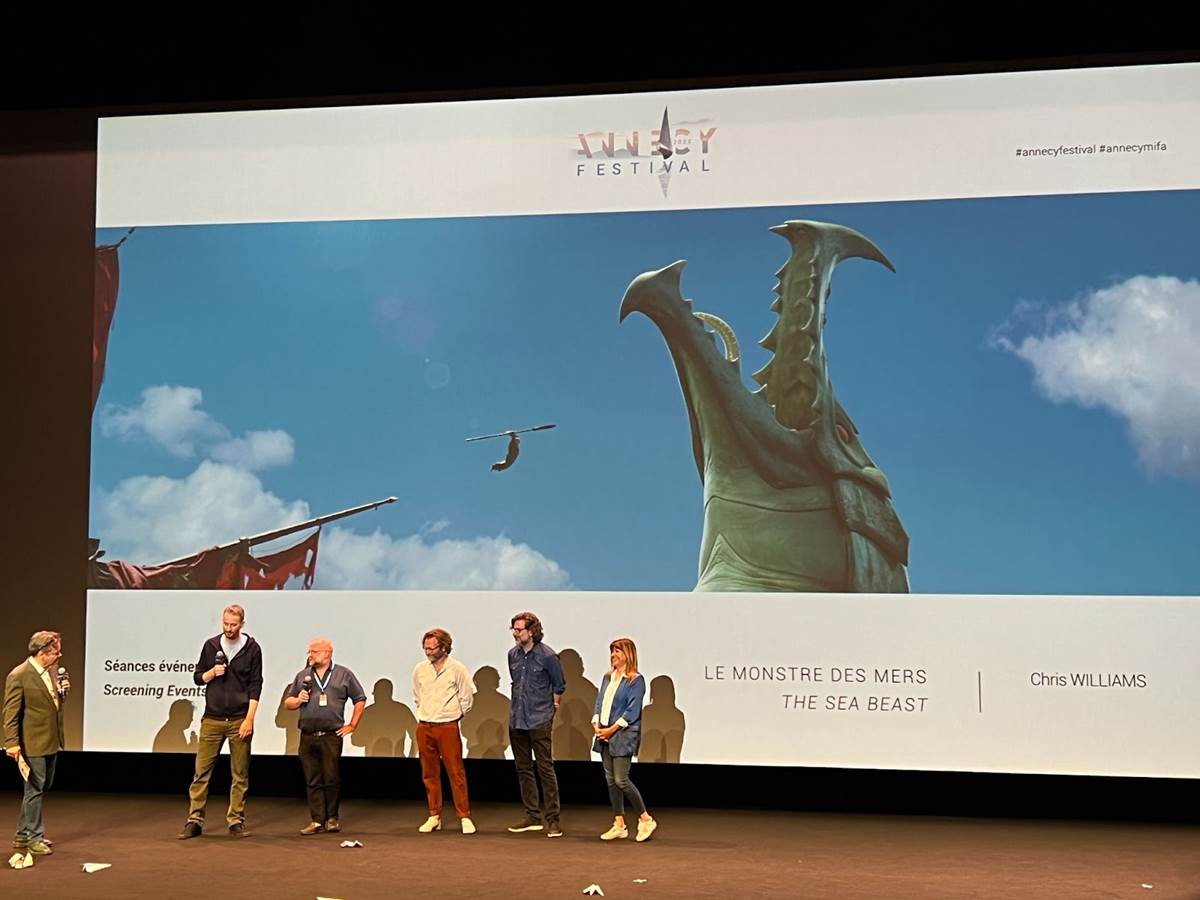 Humans have hunted sea beasts for centuries in an effort to rid them of the oceans for the safety of mankind. Talented hunter Jacob Holland works with the notorious Captain Crow on one of the last great monster-hunting ships, the Inevitable. When orphan Maisie Brumble stows aboard in hopes of following her deceased parents’ monster-hunting legacy, she and Jacob end up discovering the true nature of these giants of the deep.

The framework of King Kong is hard to miss throughout the film, with Maisie representing the female protagonist that the beast befriends. The film also draws a lot of similarities to Dreamworks Animation’s How to Train Your Dragon series, both in the design of the dragon-esque lead beast, named Red, and in the film’s ultimate message about humans learning to live in harmony with nature. Red lacks the cute factor of Toothless, so in its place is a small creature that presumably will grow into a monster, whom Maisie adopts and names Blue.

The voice cast primarily speaks in British accents in this European-inspired film, but the dialogue often feels forced. Maisie’s speech at times feels like a child’s improvised audition for a local theater production of Oliver!, stopping just short of starting every scene with “G’day, govna.” The dialogue rarely flows well, which is a shame because there are some big names attached to the roles, led by Karl Urban and Dan Stevens. Some punch-ups definitely could’ve improved 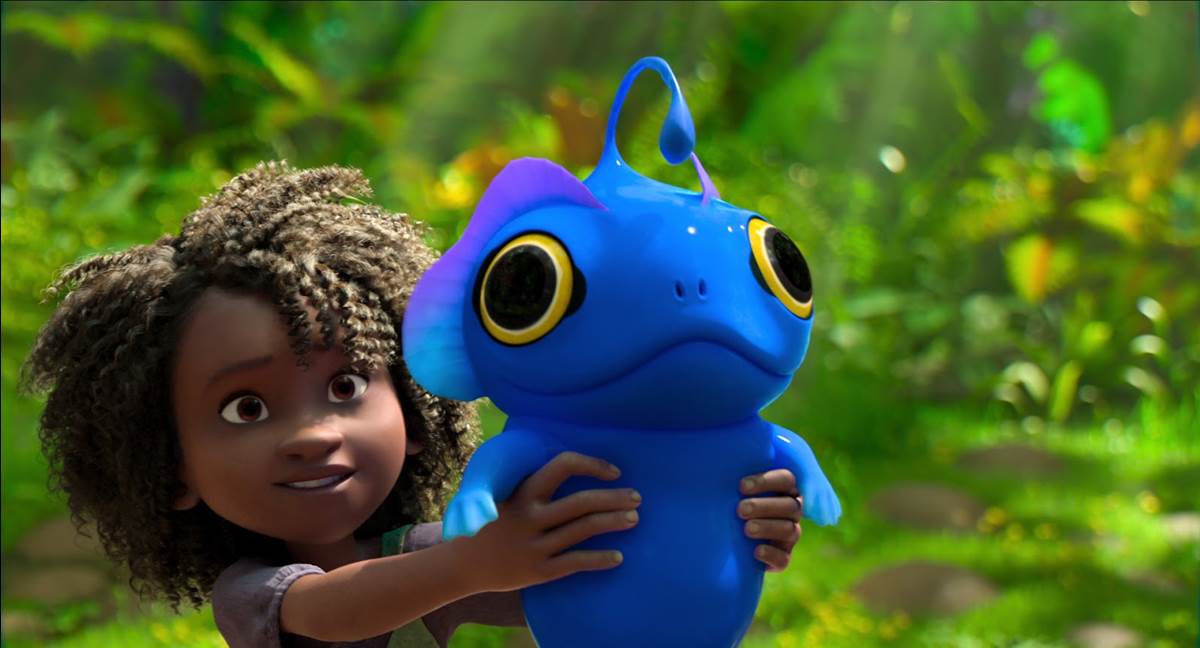 The action sequences are a strength, with moments that rival the fight with the Kraken in the Pirates of the Caribbean films. The Sea Beast pushes the boundaries a bit with the violence in a PG-rated animated film, showing harpoons impaling creatures and even a big fight in which Maisie gets injured enough to require an impromptu blood transfusion. It’s never gory, but certainly serves up more fatalities than your typical family-friendly animated film.

With a few dry spots in the plot and a premise that takes a little too long to start moving, The Sea Beast requires some patience from its audience. Those who stick around will find a heartwarming story about respect for nature and the importance of truth. Retreading so much familiar territory in both its plot and style, the film is unlikely to make much of a splash beyond its initial streaming release. It shows a lot of promise but could’ve been much better with some more fine-tuning.

I give The Sea Beast 3 out of 5 jolly red giants.

The Sea Beast will play in select theaters on June 24th and begins streaming on Netflix on July 8th.

About to see #TheSeaBeast at #AnnecyFestival, directed by @JustChris (Bolt, Big Hero 6, Moana, voice of Oaken in Frozen) and coming to @netflix July 8th. Attendees are given this beautiful lithograph when they take their seats. pic.twitter.com/chxEfwuX8h