We are just a couple of weeks away from the highly anticipated theatrical debut of Marvel’s Thor: Love and Thunder. Fans have been dying to find out what is next for Thor and the Guardians of the Galaxy and we’re going to get to see that next step in this upcoming film.

Trailers for the film have showed us a lot of what we can expect to see, but there could also be a whole lot of surprises lurking around each and every dark corner. Let’s take a look at 10 Marvel things I’d like to see in Thor: Love and Thunder. 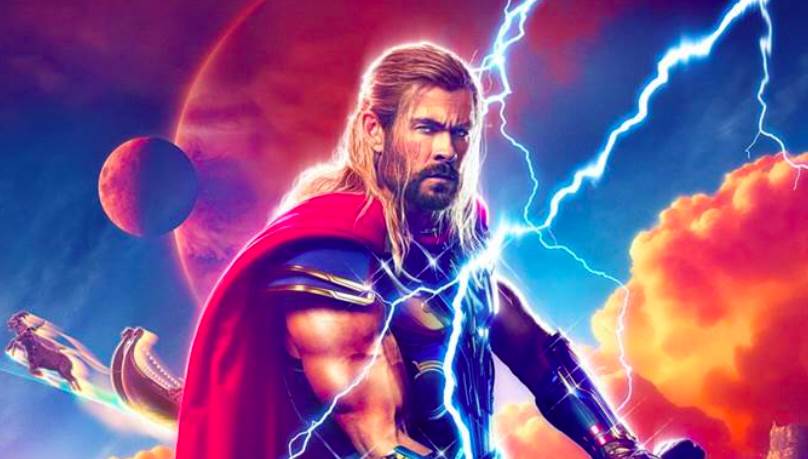 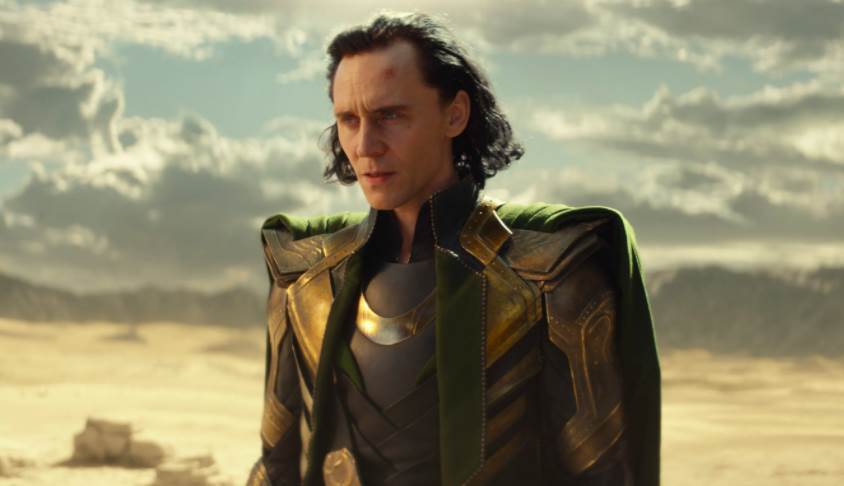 Sure, why not. Speaking of characters in new roles, Loki has turned over a new leaf in the MCU and it would be very interesting to see him run into his brother once again. Based on where the story is going, it may not make a ton of sense for Loki to show up in this film in anything other than maybe a post-credit scene, but this would also be the first Thor film without him if he does not. As for a new (to the MCU) Asgardian, this movie seems like it will be just crazy enough to be the platform to introduce Beta Ray Bill. The horse-like warrior has been a popular mainstay in the comics but he hasn’t shown up on the screen yet, aside from a possible monument to him on Sakaar. Bill could certainly be a helpful warrior for New Asgard, especially with such a dangerous enemy on the horizon. We’ve all been wondering how Mjolnir has returned, so of course this makes the list. Thor’s mythical hammer has been destroyed multiple times throughout the history of the comics, and we even saw it return briefly in Avengers: Endgame, but now it appears the 616 version of Mjolnir is back and I want to see how. And a bonus for this one: I also want to see the first moment in which Jane Foster lifts the hammer and becomes the Mighty Thor. Remember that dangerous enemy I mentioned? Gorr is as menacing as they come and it’s largely due to his heartbreaking past. The alien creature lost faith in gods when he watched his wife and son die in front of him before being exiled by his kind for blasphemy. This would make for a very powerful scene in the film and would also turn Gorr into yet another sympathetic villain in the MCU. Gorr doesn’t earn his nickname for no reason. If we’re going to call him the God Butcher in the MCU, we better see some evidence of that. In the comics, we see countless victims in a number of gory ways (like the ones above). The trailers for this film have introduced us to the MCU’s Zeus, a seemingly disposable character in regards to the bigger picture. So why introduce him here if not to be one of Gorr’s victims? Call it a prediction, I don’t have a good feeling for Zeus. One of the reasons Gorr is such a big threat in the Marvel Universe is the weapon of mass destruction he introduces: the Godbomb. Tired of killing gods one at a time, Gorr forces one of his would-be victims to design this weapon and almost manages to use it to wipe out all gods across all space and time. This seems like a plot point that would make its way to the MCU. However, this isn’t the most dangerous weapon wielded by Gorr… 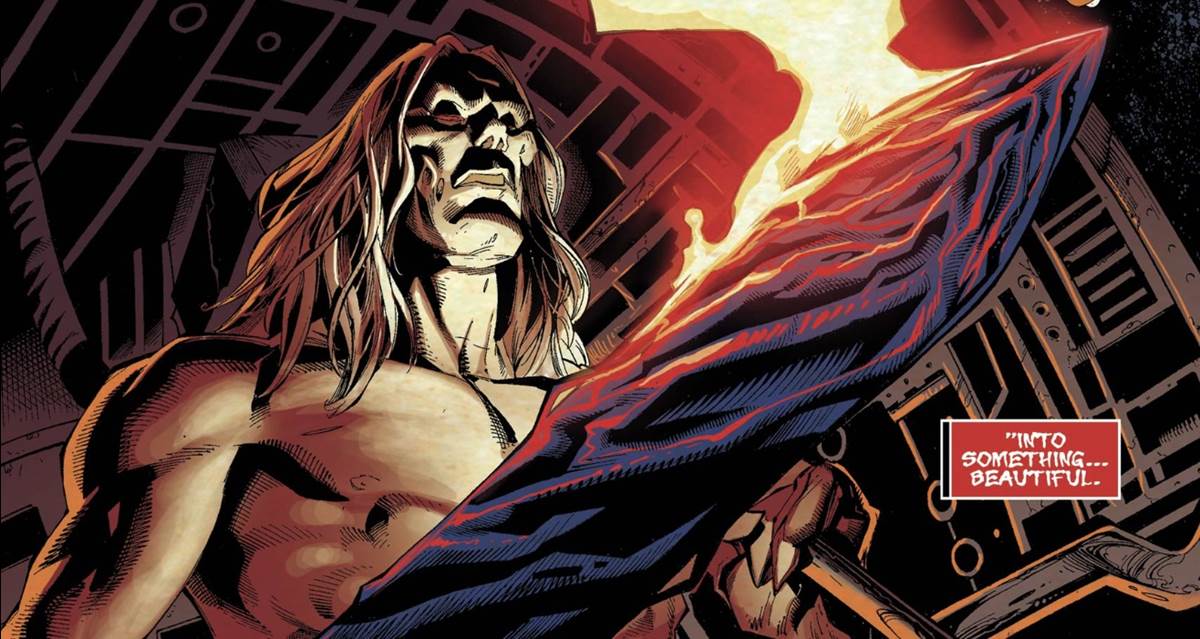 The All-Black, or the necrosword, is a very dangerous weapon that Gorr uses to combat Thor and slay hundreds of gods. Normally, it would seem like a given that a character would have their typical weapon in a movie, but this one is special. The All-Black would be much more than just a weapon. It would be an MCU-shifting plot point. Why, you ask? Well, the All-Black is also the first symbiote. 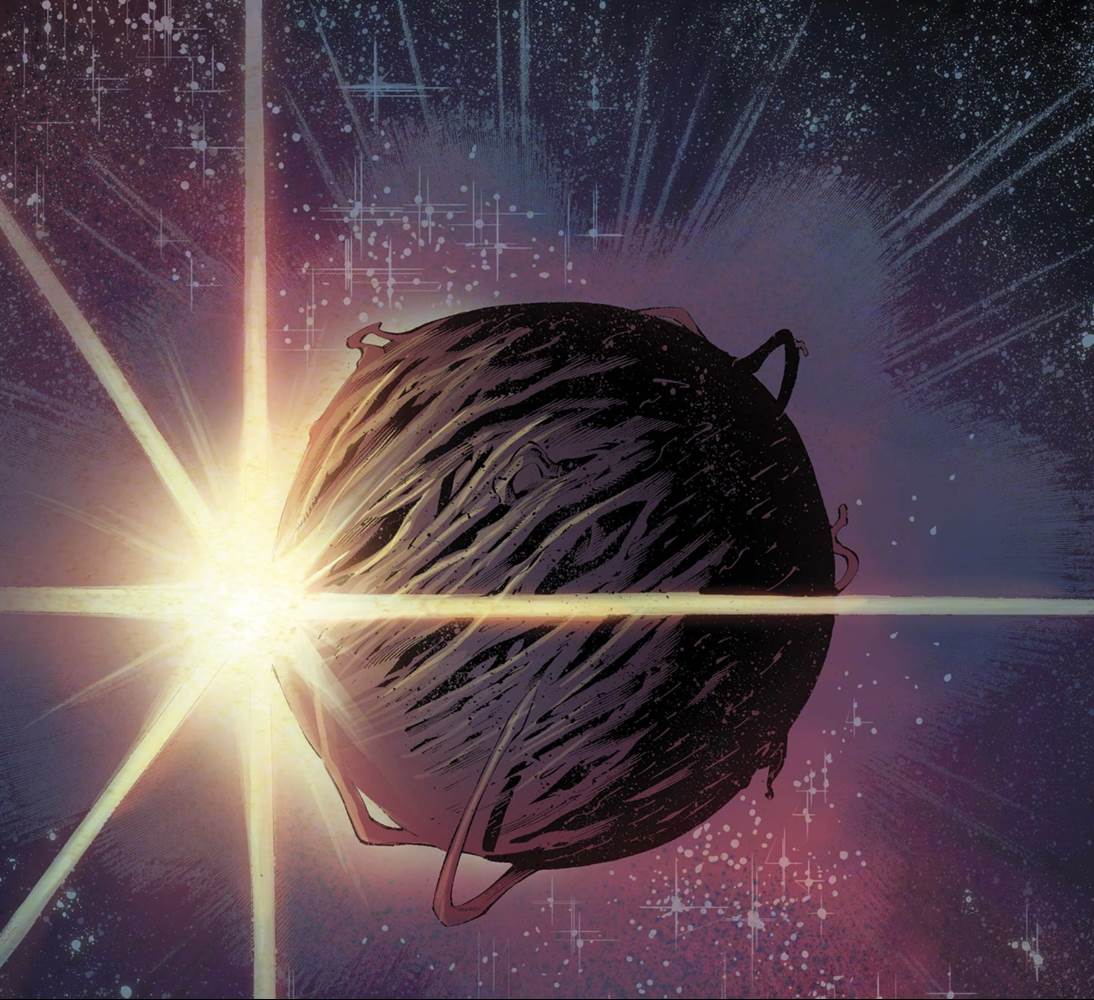 Yes, those symbiotes. Most famously represented by characters like Venom and Carnage, symbiotes are actually an alien race with a long, dark history that we’ll get into shortly. If the All-Black is the original symbiote, and there has already been a tease of Venom in the MCU, it stands to reason these aliens are in the plans for the MCU going forward. I wouldn’t expect to see a whole lot from them, but maybe just a tease of their existence in this universe. Then again, we could see… 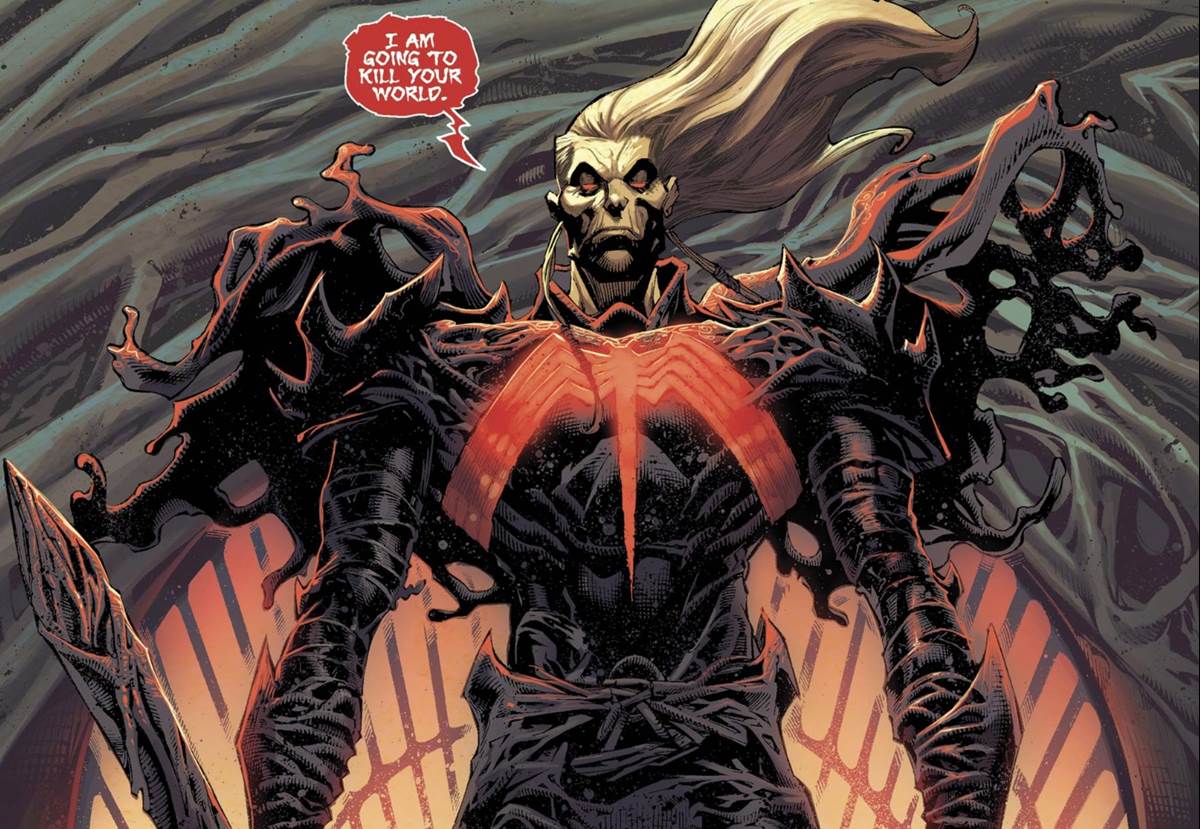 An elder god, Knull created the symbiotes when he forged the All-Black. The god of the symbiotes proved to be a very powerful villain when he faced off against all the heroes of Earth in the “King in Black” Marvel Comics crossover event. I wouldn’t expect to see Thor face off against Knull alone here. In fact, I would be shocked if he shows up at all, but it seems like a slight possibility he maybe makes a Thanos-esque post-credits appearance. If that is the case, Knull would be added to the list of major villains for the future MCU.