What do you do when who you are is in opposition to what your faith teaches? That’s a conundrum that many members of the LGBTQ+ community face when coming to terms with their sexuality. As Pride Month draws to a close. ABC News examines how the teachings of The Church of Jesus Christ of Latter-day Saints have affected followers of that faith who have to reconcile it with their sexuality in Mormon No More, streaming June 24th. 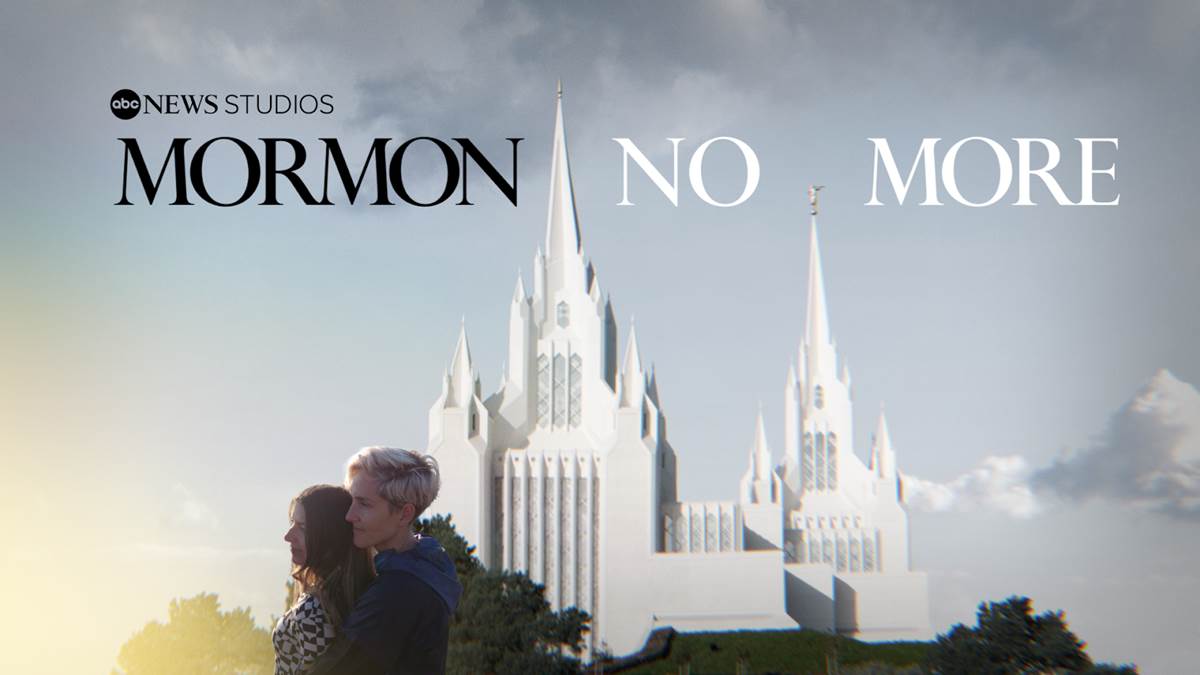 At the center of the documentary series are Sally and Lena, two women who were married and had children as their faith told them to do, but later found true love with each other. As they plan their upcoming wedding, we see how their family, friends, and ex-husbands react while also getting a glimpse into the home they’re building for their blended family. As they recount their struggles with coming out in an oppressive environment, they also try to carve an easier path for others through their podcast Peace Out.

While Sally and Lena’s story is the main carry-over of all four episodes, other stories further explore how LGBTQ+ and other minorities have fared under the LDS Church. We learn about Harry Fisher, a Brigham Young University student who committed suicide in 2016 over an irreconcilable conflict between his faith and his sexuality. More stories come out of BYU and showcase how a new generation of students are pushing for change, from 2019 valedictorian Matt Easton publicly coming out during his graduation speech to a group who challenge the university’s controversial honor code and break the rules to light up the large “Y” for pride each year.

Another story is similar to the content of the documentary film Pray Away, which recounts the traumatic experience of going through gay conversion therapy. The LDS Church had its own version of it and the series documents the experience of one young man who went through the “Journey Into Manhood” program, interviews with its creator David Matheson, and an emotional reconciliation between the two men. A bisexual woman of color is also showcased, recalling not only racist elements of the LDS teachings but the anti-family attempt to make her put a child she carried out of wedlock up for adoption.

There’s an element of Mormon No More that feels reminiscent of documentaries about the harm done to families in the Church of Scientology. Ultimately, that’s what the series is really about, the fact that if a member of a Mormon family comes out as LGBTQ+, what the church says to do and what the heart knows is right become two very different and irreconcilable entities. What’s stronger, your faith or your love for your family? That’s what dictates how things go, but with people like Sally and Lena refusing to settle for anything less than true love, viewers are given hope that the future will be better.