Bewitched, I Dream of Jeanie, Mork & Mindy, Sabrina the Teenage Witch, and Ghosts all combine supernatural elements with situational comedy. While you don’t see this premise a lot, when it’s done well these types of shows become phenomena. Hulu’s attempt at the sitcom subgenre is Maggie, which follows a psychic in her quest for love. Gaze into this proverbial crystal ball to see if this show is right for you. 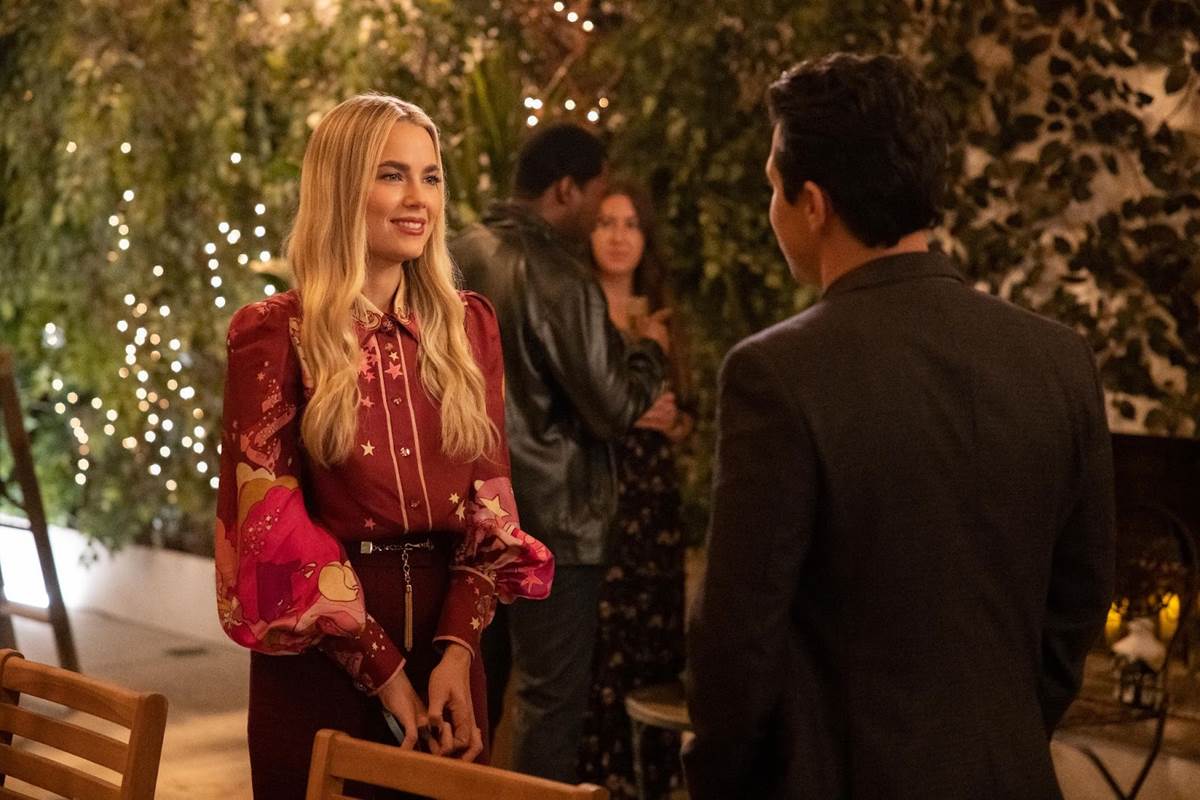 Maggie (Rebecca Rittenhouse) is a thirty-something professional psychic who, through touching a person, sees flashes of their future. Having sworn off love due to the fact that she can see how things end, Magie is surprised when she meets Ben (David Del Rio) and sees herself in his future. But things get a little complicated when, shortly after their first date, she gets a vision of Ben getting married to someone else.

The premise is intriguing, but the execution is where Maggie completely falls apart. It likely would’ve worked better as a drama because comedy doesn’t seem to be the writing team’s strongest suit. It’s easy to spot what’s meant to be a joke, but sadly nothing is actually funny here. Based on experiencing two episodes, the show also seems like it will be a never-ending will they/won’t they between Maggie and Ben. In a sitcom, they will, so it lacks the conflict needed to have longevity.

The cast seems aware of the script’s failures, trying to make mountains out of molehills with over-the-top acting. Nichole Sakura plays Maggie’s best friend, Louise, seemingly typecast in another dumb girl role after charming viewers as Cheyenne on Superstore. Louise, however, lacks any redeeming qualities with lots of morally bankrupt statements played for shock value. Angel, Maggie’s own psychic played by Ray Ford, is another character set up for low-grade comedy, constantly wasting Maggie’s time by making her sessions about him, but she keeps going back for more. The world Maggie inhabits is so vapid, shallow, and one-dimensional that it’s a wonder this series made it off the page, let alone past a pilot.

The production design of Maggie seems inspired by Hallmark Channel movies, with overly bright saturation and minimally furnished sets. The world created compliments the underdeveloped characters, a visual indicator that there’s not much substance beyond the premise. It’s not a bad esthetic, it’s just very poignant.

Maggie fails to find its way, instantly drawing comparisons to That’s So Raven due to the psychic premise. With that show’s core audience now Hulu’s target age bracket, it’s unlikely to find an audience that will lovingly embrace it. If anything, viewers will just be tempted to switch over to Disney+ to relive the nostalgia of that beloved series.

I give Maggie 2 out of 5 Persian Cucumbers.