Gather round and let me tell you a story about the space viking, Thor. The God of Thunder has turned a corner in the Marvel Cinematic Universe and has gone from a figurehead of Norse mythology to the hilarious and entertaining backbone of the franchise thanks to his two most recent films.

While the two most recent entries into the film library of the MCU have explored the major ramifications of cracking open the multiverse, Thor: Love and Thunder is here to get back to the simplicity of a murderous alien being who wants to eliminate all gods with an all-powerful weapon. Ok, so it’s not exactly simple, but it does pack a level of entertainment that doesn’t necessarily come with the films of major consequence. 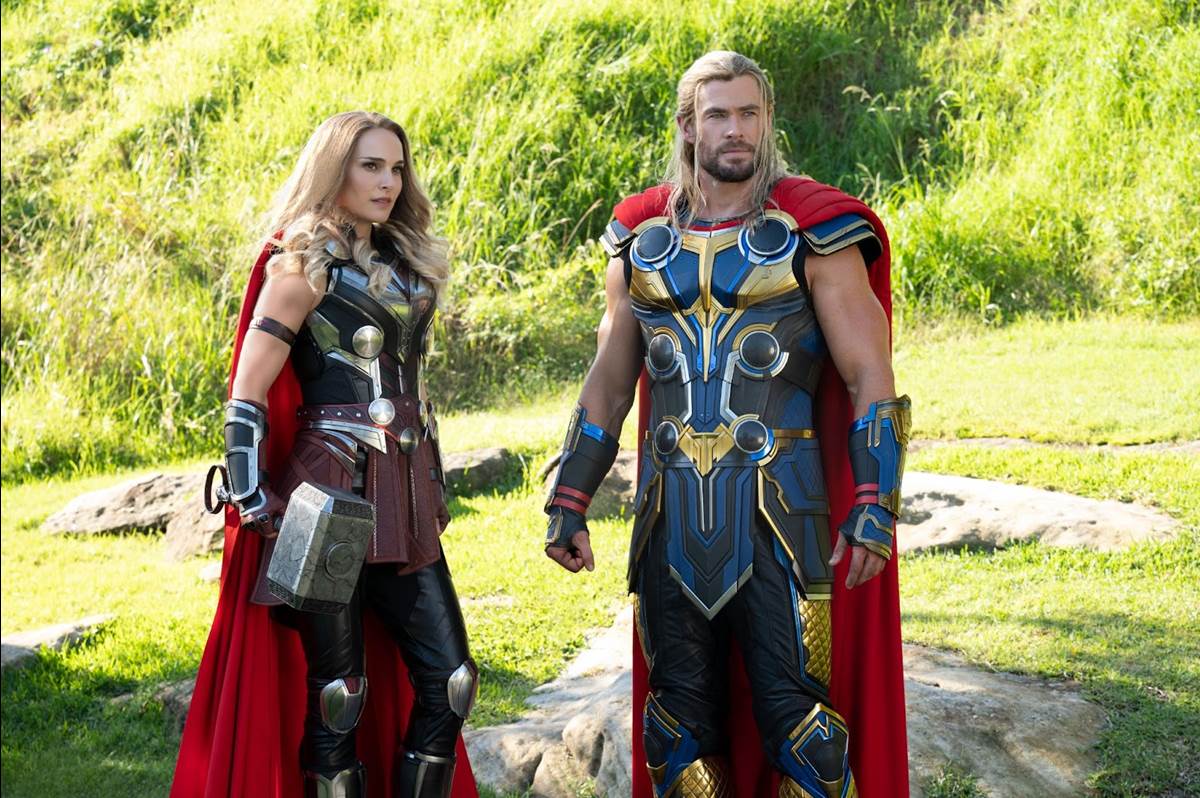 The thing that stands out most about this new film is without a doubt the humor. Marvel movies have been known to feature a few good laughs and of course Taika Waititi is renowned for his comedy, but this film goes above and beyond in that category. In fact, it might be the funniest MCU movie to date, with only the two Guardians of the Galaxy films and maybe Thor: Ragnarok giving it any competition.

That being said, all of that humor may just slightly cheapen the movie’s emotional moment. The film certainly has a lot of heart and even takes some brief moments that may bring up a few tears here and there, but it doesn’t lean nearly as hard on those elements as it does on the comedy.

Another area in which this film triumphs is the introduction of its incredibly menacing new villain: Gorr the God Butcher. Thor’s new foe not only proves to be formidable, but even crosses the line into being downright creepy at times. He pushes the envelope for what we expect from a Marvel villain, which is becoming more and more necessary the farther we get into this lengthy film franchise.

Unfortunately, for fans of the comic book version of Gorr, it did feel as though his origin is a bit rushed. Without going too much into detail, it felt as though some more time could have been spent on the character to allow the audience to connect with him. On the other hand, that may have been intentional, to keep the villain at an arm’s length and make him easier to hate.

The film also makes some other understandable changes from the comic story. Comics can often become cumbersome, with branches reaching out to dozens of other stories and characters. The MCU’s films tend to simplify things in some cases, and Gorr is one of the subjects of exactly that. It makes sense and by now, Marvel fans should be accustomed to not seeing things play out exactly as they do in the comics.

One of the reasons Gorr is such a great new villain is the performance of Christian Bale. For much of the film, Bale is completely unrecognizable as he completely transforms into this psychotic antagonist. He expertly ventures into the realm of becoming a horror villain without spending so much time there that families would have to reconsider seeing the movie. This is one of the strongest performances from an actor who consistently delivers great ones.

And speaking of great performances, Natalie Portman unsurprisingly shines as the returning Jane Foster and new Mighty Thor. It is already incredibly satisfying to see Portman take up Mjolnir and it would have been very easy for her to rest on that and phone in her performance. That’s just not what she does though and the very talented actress proves that she could absolutely carry her own superhero movie.

Of course, the rest of the cast is also phenomenal. It goes without saying that Hemsworth once again crushes as Thor, as he has essentially just become the character. Waititi and Tessa Thompson also come through was terrific performances in their major supporting roles. 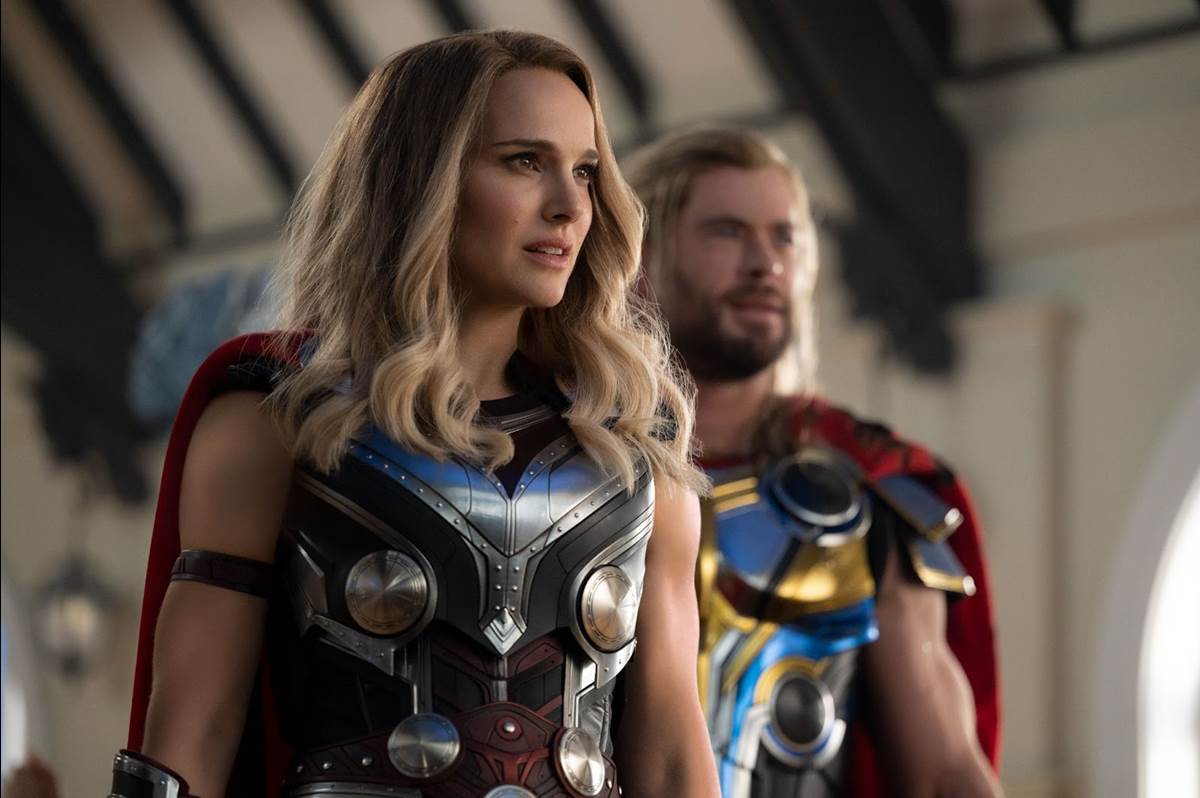 This movies is also just a delight for multiple senses. First off, it is visually stunning, as all of the Thor films have been. Whether it’s the colorful space travel about a goat-pulled ship on a rainbow bridge or an epic battle in black and white, Love and Thunder delivers some truly beautiful visuals on a consistent basis.

And then there’s the music. This film is top tier for the MCU in terms of it’s soundtrack, right up there with Guardians of the Galaxy and Shang-Chi and the Legend of the Ten Rings. That is complemented perfectly by one of the most memorable scores for the MCU in recent memory, thanks to the well-documented talents of Michael Giacchino.

And finally, the thing Marvel fans may look for most in the movies these days, might just be the surprises. Well, fear not because this film is loaded with them. Thor: Love and Thunder packs a whole bunch of exciting and hysterical unexpected moments, and they impressively never really come at the expense of the story.

Thor: Love and Thunder will come to theaters on July 8.