ABC is set to debut their newest game show to the broadcast network, The Final Straw, executive produced by Peyton Manning and hosted by Janelle James. In a move that seemingly tries to capture the irreverent wackiness of Holey Moley (right down to a star athlete producing the show), The Final Straw sees contestants try and pull pieces of highly themed and ornate stacks of objects without the whole thing crashing down to the ground. The show does little to hide that the concept is basically Jenga without the use of the proper brand name. And, aside from the elaborate theming of the stacks, that’s basically it. Contestants advance through rounds to get to the final stack, where they can win $250,000. 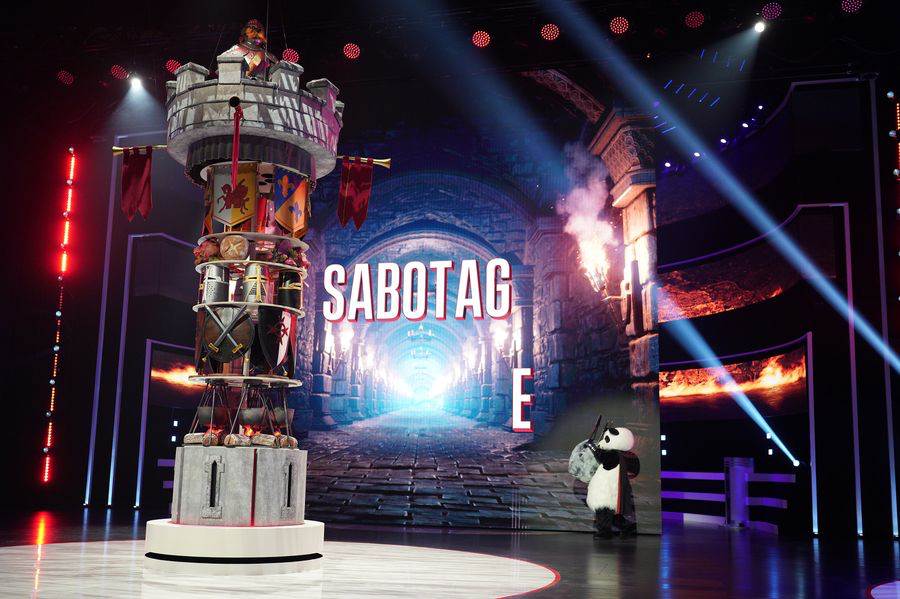 Stacks are also rigged with traps and teams have the opportunity to sabotage other players in the hopes that the tower will come down upon them. A roving panda mascot, “Tipsy,” also is on scene to wreak havoc and provide entertainment when he can, though his appearances seem to be rarer than what marketing might have you believe. More of these kinds of antics and shenanigans might help The Final Straw become an enticing game to watch, but they’re not there yet. Part of where Holey Moley succeeds is it knows that its concept is absolutely ridiculous and plays off that. This show takes itself far too seriously for what it is: high stakes Jenga. There is not enough of that absurdity to help pad out the drawn-out tension of removing pieces from a tower and hoping it doesn’t fall into something truly entertaining, and instead treats itself more like a Deal or No Deal, or similar game-show-du-jour. 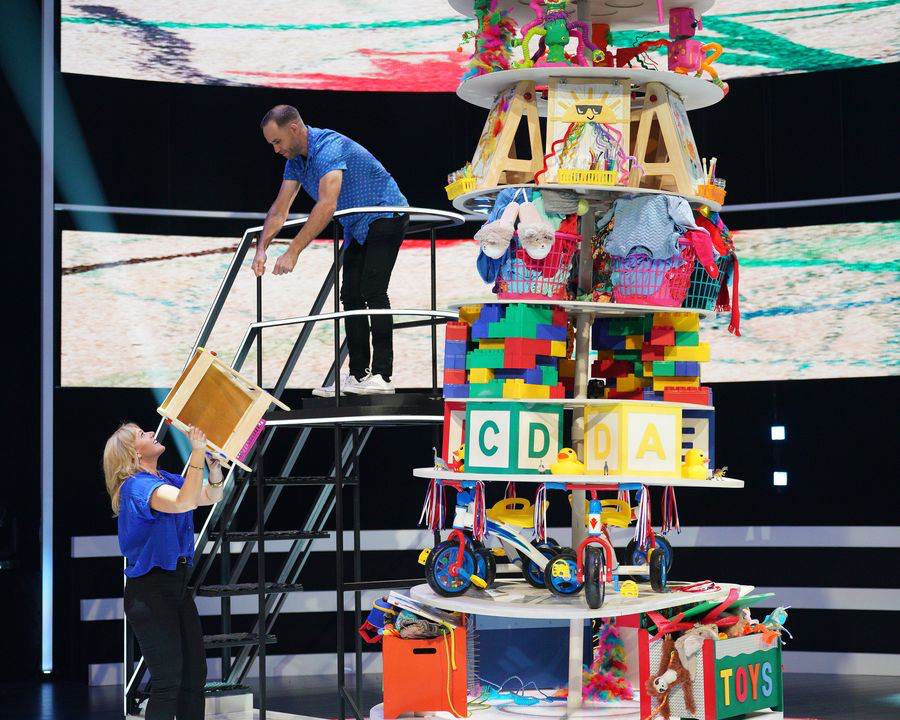 Unfortunately, Janelle James is far superior on Abbott Elementary than here on The Final Straw, where she brings all the enthusiasm of an HR rep leading a team building exercise. Her small talk with contestants feels forced and unnatural, and her play-by-play of what’s going on feels more like contractually-obligated commentary in lieu of genuine interest in the game and those who are playing it. That’s not to say The Final Straw won’t appeal to anybody. As I watched, I felt this show would be fantastic for younger-skewing cable networks like Disney Channel or Nickelodeon, where it could be kids or families competing as teams. Perhaps it’s the idea of catastrophic destruction when fake foods and toys come crashing to the ground with one mistake and making a big mess that appeals to that Double Dare eyeball. Maybe that’s what ABC is hoping for – sloppy nostalgia – with a later time slot and adult contestants instead of actual family viewing. 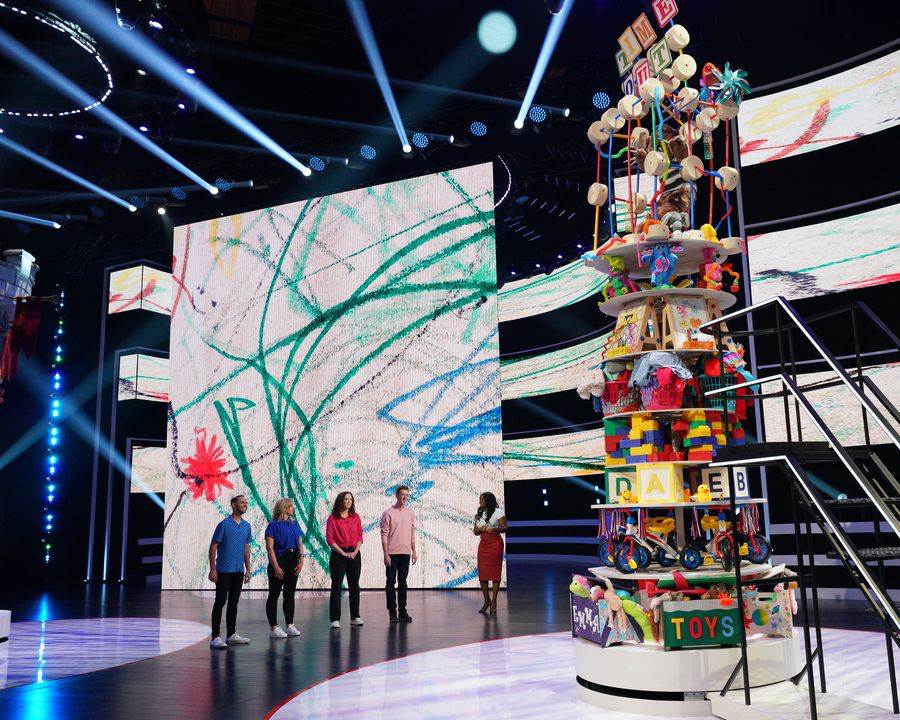 Viewers might also tune in just to see the elaborate stacks that are created for the show, each creatively themed and built, making the propmasters the real stars. That said, what does that say about your game show when more people are paying attention to the main prop than the actual competition at hand? Especially when some would rather watch a show about how those are built than the show they are in, myself included. 2 out of 5. 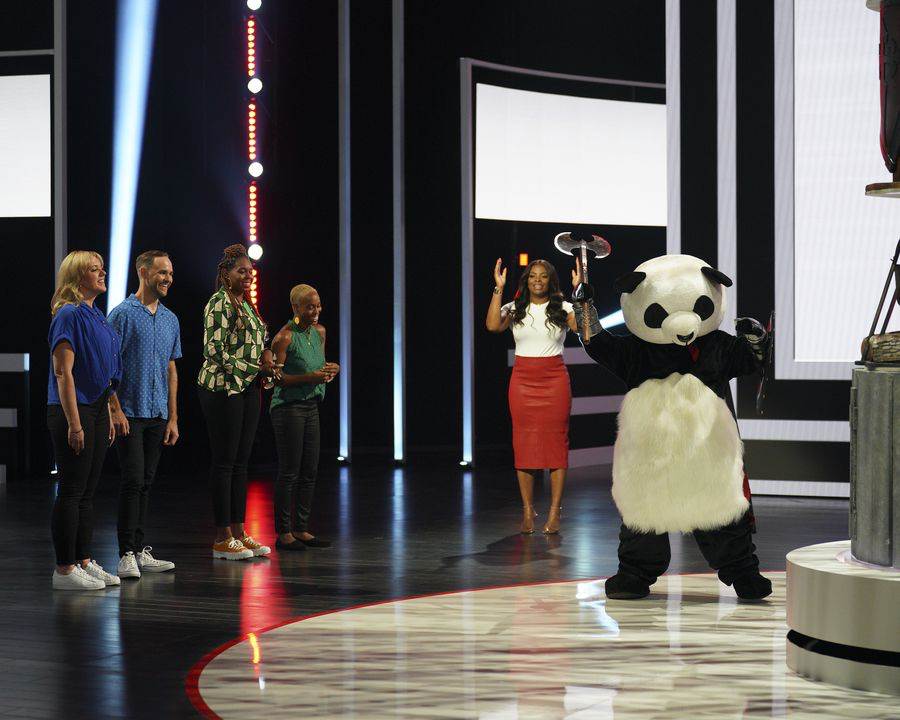