With 20 seasons under his belt, The Incredible Dr. Pol returns for Season 21 on Saturday, July 16th, not just with a brand-new episode, but also a two-hour series retrospective. Whether you’ve been following Dr. Jan Pol since his Nat Geo WILD series began in 2011 or are a more recent fan through Disney+, the “Polapalooza” special is sure to be an enlightening way to kick off the season. 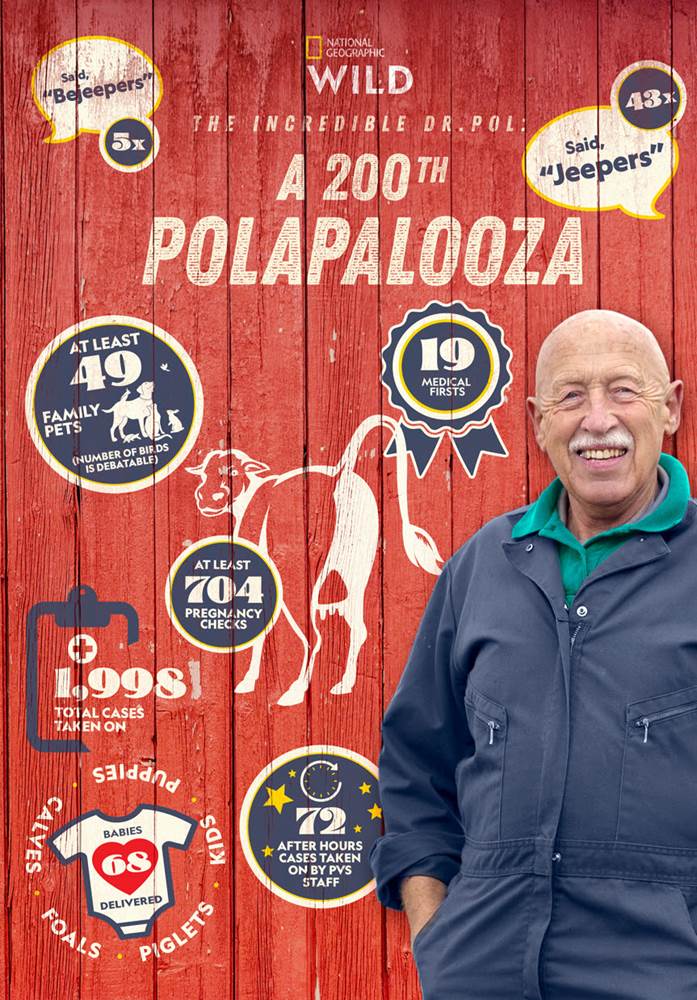 Take a walk down memory lane with Dr. Pol, his wife Diane, and his son Charles as they look back at highlights from their journey thusfar. In addition to counting down the top 10 cases, the special chronicles how much their lives have changed over the past decade of being a TV family. While animals are an important part of all of their lives, at the center of this 2-hour retrospective is a family that has grown together in the public’s eye.

One of the best parts about “A 200th Polapalooza” is taking a peek behind the scenes. You’ll get to see the scoring process of an episode and even meet the narrator. In addition, Charles gives viewers an overview of how filming had to shift during the pandemic, showing the remote cameras that were installed for the health and safety of the vets, clients, and pets. It’s also fun to see the worldwide response to the show with a multi-language clip reel and footage of Dr. Pol on vacation abroad, being recognized by fans in other countries.

Dogs named Pluto and Yoda are a highlight of the Season 21 premiere episode, titled “Chutes and Bladders.” There’s not shortage of animals in need and as usual, it’s not just dogs and cats. A young goat with a gut-eating bacteria, a horse that survived a head-on collision with a truck, and a guinea fowl with a broken leg are just a few examples. Drs. Pol, Nicole, and Brenda all showcase their talent with animals and empathy for humans with each and every case, proving that after 20 seasons, the show is still as incredible as the title suggests. 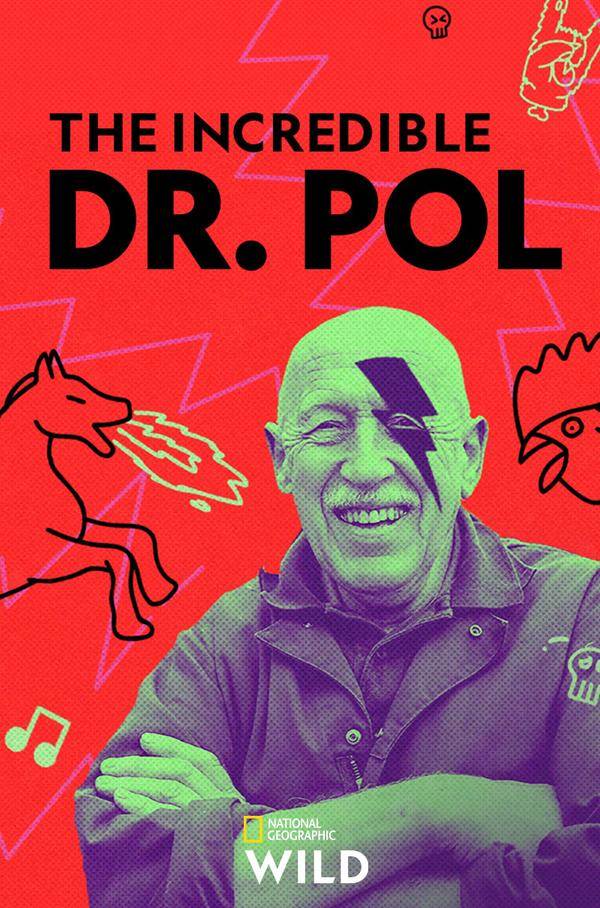 This season promises a lot more fun and excitement, with new episodes airing weekly on Saturdays at 9/8c on Nat Geo WILD through September 17th. There’s lots of fun in store, including the Pol family growing with the addition of Christy the Bengal kitten. Other highlights include a pregnant camel, a Halloween special titled “Happy Mewloween,” a skydiving Santa, plus lots and lots of puppies.

Not many shows make it to Season 21, be they scripted or unscripted. The longevity of The Incredible Dr. Pol is worth celebrating with the 200th episode celebration on Saturday, July 16th, at 7/6c, followed by the Season 21 premiere at 9/8c. Whether you’re a longtime viewer or are checking the special out as your introduction to the series, you’re in for a treat.

New episodes of The Incredible Dr. Pol air Saturdays at 9/8c on Nat Geo WILD. All previous episodes are currently streaming on Disney+.