Marvel Studios Assembled continues to give us a look behind the scenes into the making of our favorite Marvel Cinematic Universe projects. The latest installment in the documentary series takes us behind the scenes of the recent Disney+ original series Ms. Marvel. 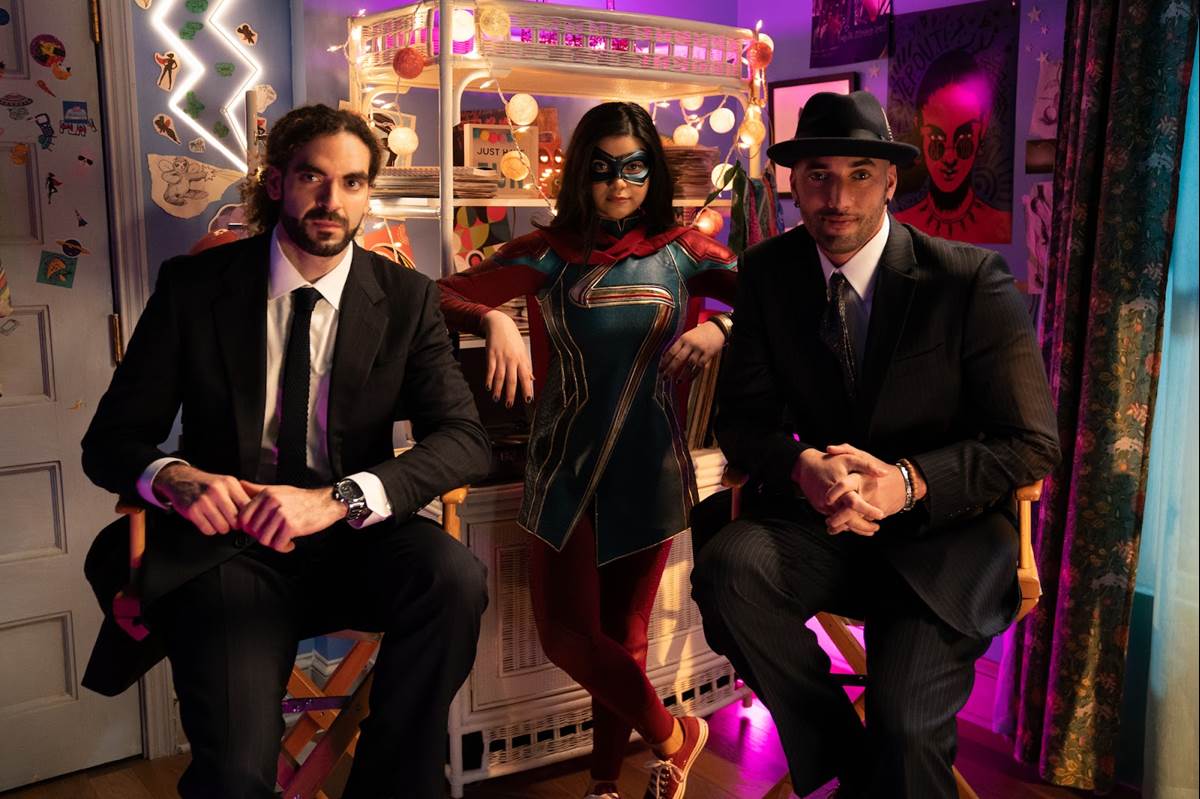 Keeping with the fun, playful energy of the show on which this doc focuses, it opens with a comedic introduction from Iman Vellani and Matt Lintz, who play Kamala Khan and Bruno respectively. While the story of the series is really all about Ms. Marvel, Vellani decides to include Bruno in the title, which then sparks the inclusion of just about everyone else involved in the making of the show. It perfectly mirrors the vibe of the show itself.

This installment of Assembled flows a bit differently from some of the others as it actually gives us title screen for various segments. The first is a “Page to Screen” segment that features some of the creators discussing their process of taking the character and the story from the Marvel Comics and adapting them for the series. It’s a great inclusion for this particular documentary because, while there were obviously some changes for the series, this was one of the MCU projects that stayed mostly true to its source material.

One of the more interesting lines from this documentary comes from supervising producer Jenna Berger, who says “we always said that the show needed to be able to exist without Kamala having superpowers.” She goes on to explain that they wanted to be able to build Kamala’s personal life and get fans invested in the person rather than just the superhero. This is the beauty of the MCU, especially with a series like this, because it adds a layer of humanity to these larger-than-life characters and makes them so much more relatable.

Of course, if you’re looking for a lead actor to make your character relatable, Iman Vellani is the perfect choice. The series star gets a chance to share the stroy of how she learned she was cast in the show, and even then, viewers can see the jo on her face. She is the quintessential Marvel nerd whose dreams came true and that endears her to Marvel fans in a way we’ve never really seen before. This documentary highlights that in a beautiful way, on several different occasions. One of the big focuses of this doc is also the action sequences. Directors Adil and Bilall have had history with action films, having directed Bad Boys for Life, and they clearly had a good time creating the big, explosive scenes for this series. A lot of the cast gets to briefly share their experiences in filming scenes like the chase through Karachi or the fight in the high school.

Of course, in order to create those amazing action sequences, some truly amazing sets need to be built first. Set building is one of the elements the Assembled series tends to highlight a great deal and this one is no different. We get to see the incredible amounts of work that gets put into making these environments come to life and once again see that these projects are not simply always shot in front of a green screen.

Two examples of amazing sets in particular are highlighted in this doc. The first is the lair of the Red Daggers. If you watched the series, you remember that Kamala is led to this secret base through a Chinese restaurant, behind an oven with a sacred door. Well, that was all practical and the actors express how cool it was to actually get to move the oven to get ot his set.

The second incredible set is the one created for AvengerCon. We actually get to see Iman Vellani’s first reaction to seeing the set before she films her scenes on it, and it’s as relatable as you would imagine. Iman is blown away by the realness of the convention brought to life, and it’s very cool for fans to see as well.

One thing other Assembled docs don’t get to feature is dance choreography. It’s not exactly a staple of the MCU, but the cast of this series had to learn a whole dance routine for the wedding episode and we get to the unsuspecting actors, well, do their best. It’s clear the whole cast and crew had a lot of fun shooting this sequence and that energy is infectious.

The biggest topic this documentary probably had to broach was that of the change to Kamala’s powers from the comics. Prior to the release of the series, fans made a lot of noise about the alterations and visual effects supervisor Nordin Rahhali got a chance to explain the decision.

“I think there was a conscious effort to not have her feel like Mr. Fantastic of Elastigirl,” Rahhali says. “And so I saw this as an opportunity. I mean how often do you get to come into the MCU and make up a power from scratch, which is to me the most fun thing that you could possibly do.”

Rahhali makes an excellent point, especially with the recent inclusion and planned future for Mr. Fantastic in the MCU. Her comic powers are also similar to those of Ant-Man and the Wasp in some ways and the crossover may have felt repetitive as well. An original powerset for this character seemed like the right way to go and it worked for the series.

Overall, Marvel Studios Assembled: The Making of Ms. Marvel is another fun entry into the behind-the-scenes series. It may not stand out like the installments focused on Multiverse of Madness or Shang-Chi, but it hits all the notes you want. If nothing else, this documentary is worth a watch just for the constant pure joy on the face of Vellani as she walks us through her journey to becoming a superhero.

You can watch Marvel Studios Assembled: The Making of Ms. Marvel now on Disney+.