Wednesday, August 10th, is such an exciting day that if you had a tail, it would be wagging! The first half of Season 3 of Bluey will at long last be available in the U.S., streaming on Disney+ and broadcasting on Disney Junior and Disney Channel. Are you ready for 25 new stories starring “Mum, Dad, Bingo, Bluey”? 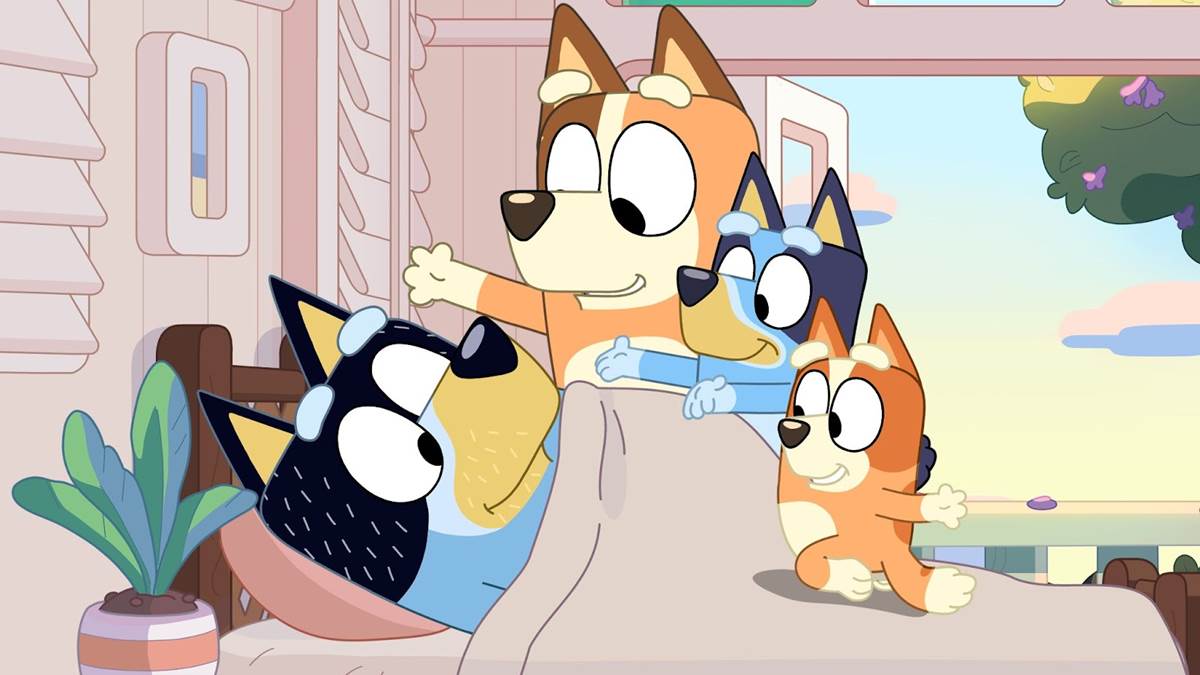 I got to sample three new episodes prior to their streaming launch, and parents will be pleased to know that the Emmy Award-winning series from Ludo Studio hasn’t waned in quality at all. It’s no secret that parents love Bluey just as much as their kids do, in no small part due to the real struggles that Chilli and Bandit go through in raising their two Blue Heeler pups. In “Promises,” Chilli has to intervene to help Bluey and Bandit when both get carried away making promises they can’t keep. On Bandit’s birthday, Chilli finds a teachable moment for Bingo will making her dad breakfast in bed in “Omelette.” It’s understandable that Chilli needs a break every now and then, so when she asks for 20-minutes to herself, Bandit will do anything to keep the girls busy, even play his least favorite game – “Sheepdog.” And these are just 3 of the 25 stories that will instantly be available to stream on August 10th.

Joe Brumm’s charming doggy world continues to be warm and inviting, visually appealing while telling heartwarming stories that make viewers smile. You don’t have to watch much Bluey to understand why it has become a worldwide phenomenon. Since 2019, Bluey has maintained the top spot in the children's category on ABC (Australian Broadcasting Corporation), continuing to grow in popularity during its third season. Bluey has become a top show on Disney Junior in the U.S. and Canada since it launched in North America and is also a huge hit in the U.K. (BBC Studios co-commissions the series with ABC). 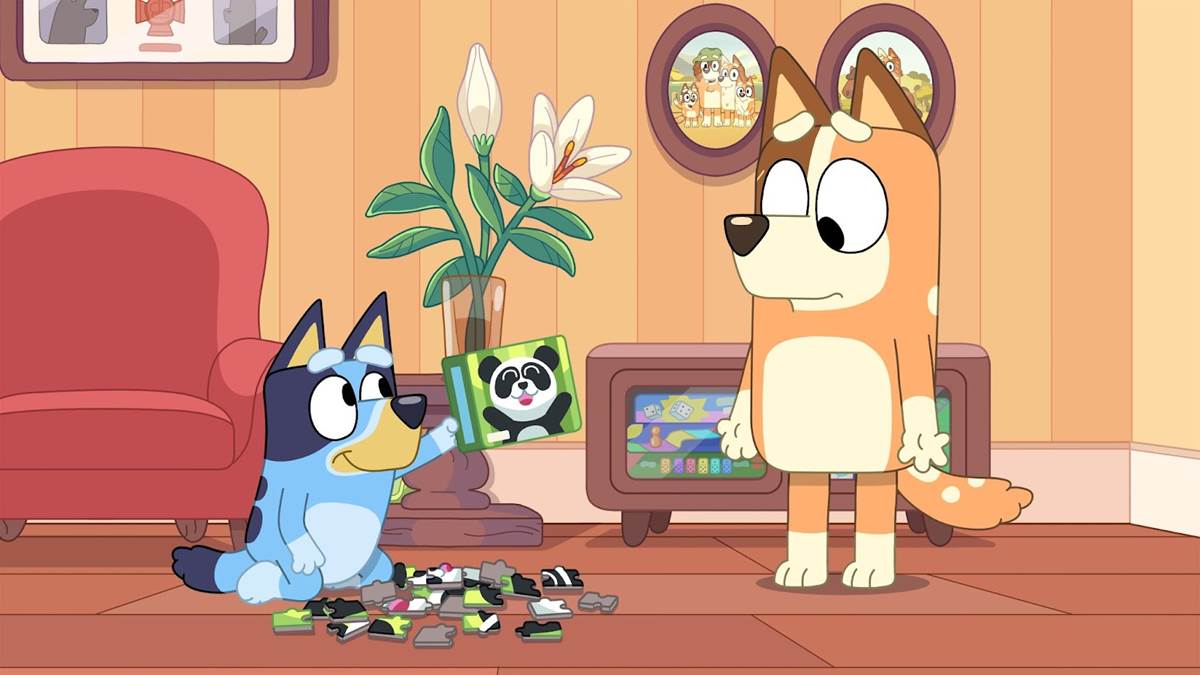 The new batch of episodes on Disney+ will focus on home-based stories, with Bluey and Bingo possibly getting their own bedrooms. The show’s whimsical sense of play will also be further explored, with “Musical Statues” and “Pass the Parcel” highlighted. Through funny and poignant moments, Bluey inspires kids to think outside the box and use their imagination while reminding parents what it’s like to be a kid and modeling how to handle stressful situations.

Bluey is everywhere these days, with toys and merchandise lining store shelves and even a national tour stage show kicking off this fall (Bluey’s Big Play The Stage Show). If you and your children are already fans, odds are you’re reading this because you just can’t wait for more Bluey. If you’re not already watching, the most important thing to know is that Bluey isn’t the kind of show you turn on so that you can have a bit of a break. It’s not a passive experience for parents, offering not only genuine laughs and warmth but also modeling moments we all wish we could handle better.

The first half of Season 3 of Bluey launches on Disney+ on Wednesday, August 10th.