A year ago, the Phoenix rocked the Marvel Universe by revealing that she was Thor’s real mother. Since then, we have seen all kinds of big adventures for Thor and the Avengers, but the question has always been in the back of our minds. Was it true? Was Thor really the child of the Phoenix?

“Avengers 1,000,000 BC #1″ sets out to answer that question for Marvel fans by taking us back to the birth of the God of Thunder. We once again join the original team of Earth’s Mightiest Heroes as they take on a new threat while also fracturing from within. 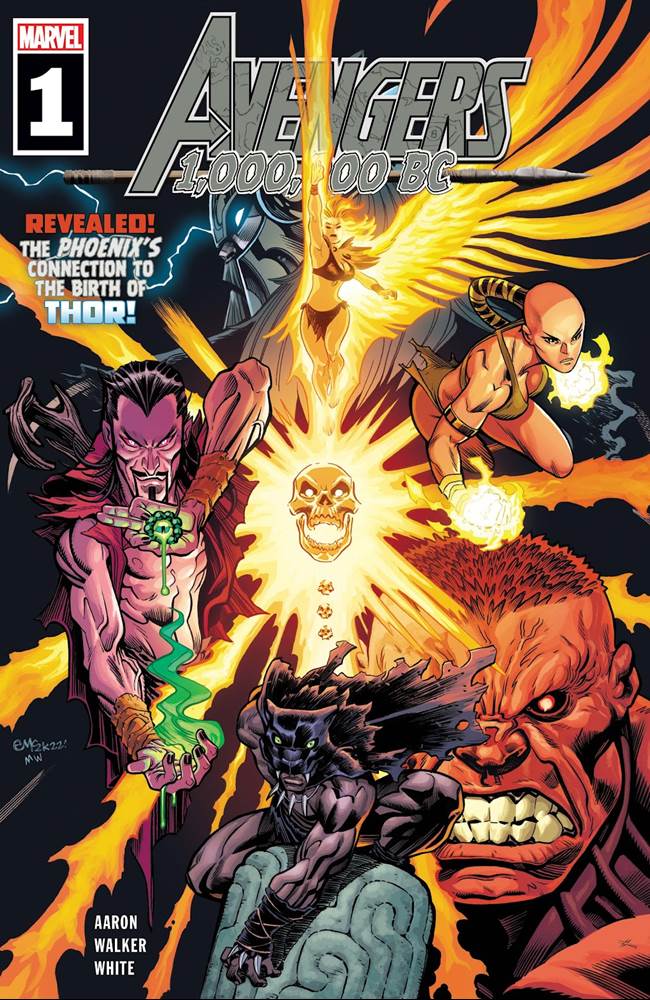 The prehistoric Avengers protected Earth from the threats they couldn’t face, long before Iron Man and Captain America ever took up the mantle. Led by Odin and the Phoenix, this group of heroes fought the battles no one else could in order to allow humans to thrive.

But the Phoenix couldn’t remain on Earth. The Phoenix force needed to be free so as not to be tempted by dark forces and become something different entirely. And so, with the Avengers now scattered around the planet, she needed to find a new protector for Earth.

Odin’s advances on the Phoenix have driven a wedge between the heroes but they may also be the answer to her problem. Knowing Odin for the hero he truly is, the Phoenix creates a plan for how to protect Earth for years to come, long after she has left. As promised “Avengers 1,000,000 BC #1″ answers the question as to the Phoenix’s involvement in the birth of Thor. It may not be the answer we were expecting or even the one we wanted, which is certainly subjective, but it does add more context to the story.

The unfortunate part about this issue is that it does not really accomplish much else. It slowly builds tension between the Avengers as we see the problems they have with each other boil over. There is a brief battle with a villain familiar to Marvel fans, but we don’t really see much of the action. The comic fulfills its mission of providing some context to a long-running story, but it doesn’t do much to entertain within its own pages. 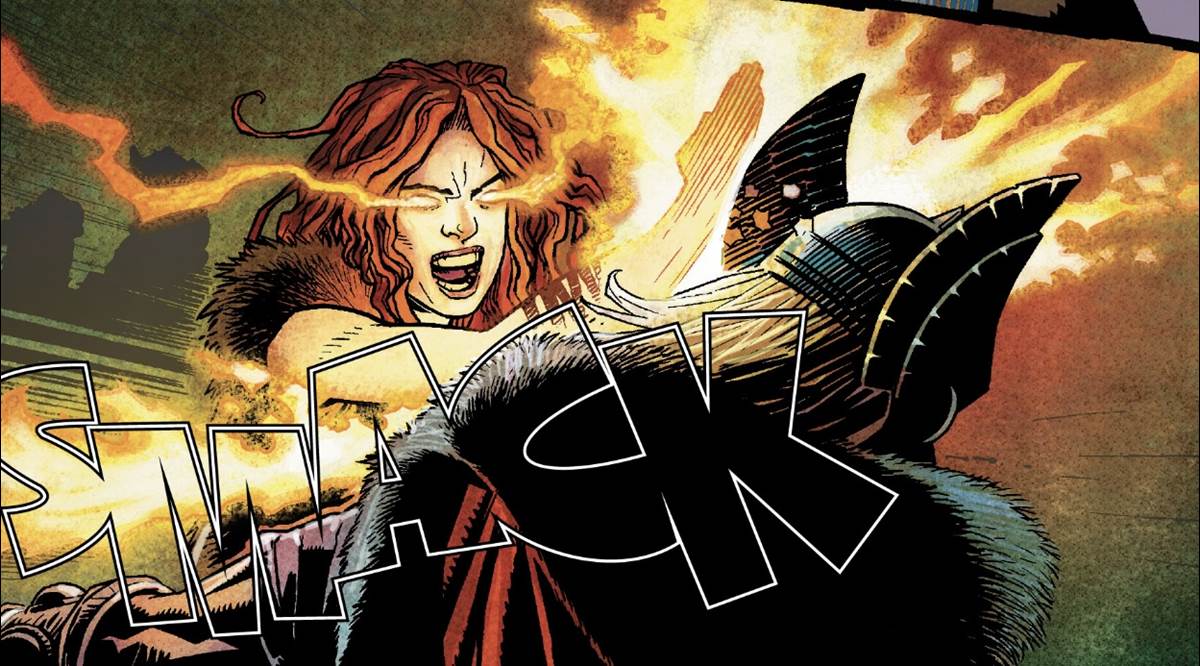 That being said, this issue does certainly set a very interesting stage for the story of Thor going forward. Now that we know the truth, it will be interesting to see how it impacts future comics and, more importantly, what Thor will do with the information when he finds out. The Phoenix has always snet big ripples throughout the Marvel Universe, but this could be the biggest.

And of course, this issue features some fantastic artwork from Kev Walker. With the Phoenix at the center of the story, there was opportunity for some great visuals and Walker delivered. Even without a whole lot of action in this comic, there is still plenty of movement and color in the images.