Eli Manning is back as he continues to explore the world of college football in a brand new season of Eli’s Places on ESPN+. After this brother Peyton took us through the NFL and several other athletes – like Abby Wambach, Vince Carter, David Ortiz, Ronda Rousey and others – took us through their respective sports, it’s time to dive back into some football.

The second episode, titled “Wake Up the Echoes,” takes Eli to the University of Notre Dame, a school with one of the most storied football programs in the country. Eli is joined by Peyton and a slate of other guests as they look back at one of the greatest coaches to ever do it. 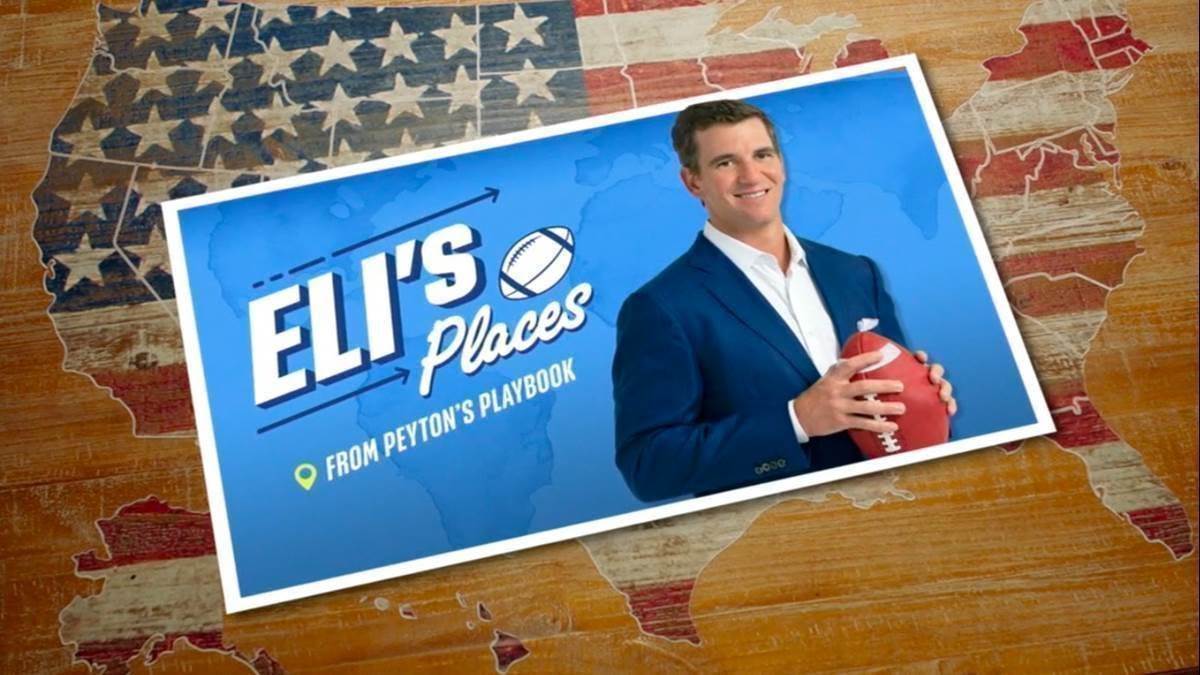 After a brief history lesson on Notre Dame football, Eli meets up on campus with former quarterback Brady Quinn. The two head out onto the field of Notre Dame stadium to discuss the story of legendary head coach Knute Rockne getting the stadium built.

Quinn then takes Eli through some of his memories as a player, including some tough losses and memorable wins. The discussion shifts then to some of the monuments around Notre Dame’s campus that have taken on football titles, like Touchdown Jesus and First Down Moses. And of course, they can’t have a discussion about Notre Dame football without bringing up Rudy, which Quinn says is his favorite football movie.

Quinn then points out that the stadium isn’t the only “house that Rockne built.” Peyton then joins Eli and the two get a ride to Knute Rockne’s house, along with Quinn and current Notre Dame coach, Marcus Freeman. It’s one of the funnier segments as the Manning brothers joke about cars being named after current football coaches and players while taking a ride in a Studebaker Rockne. 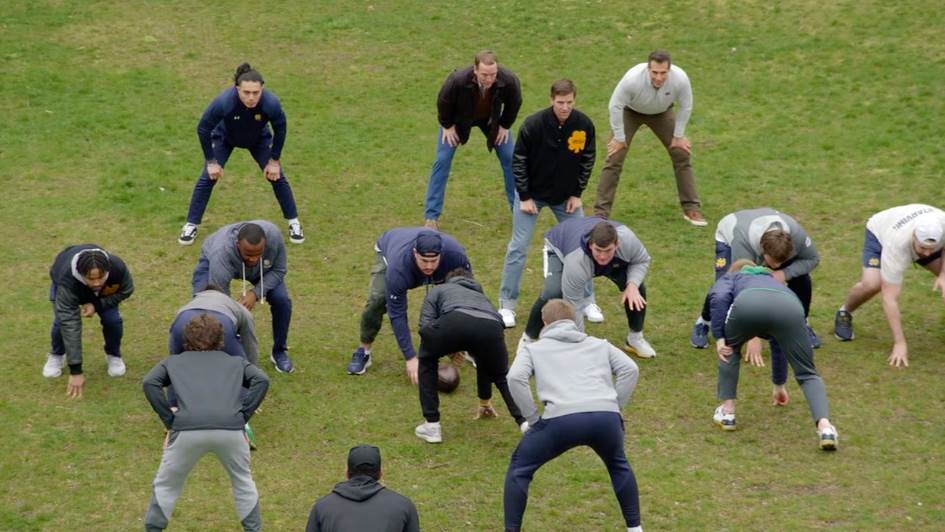 The Mannings, unfairly, compare Freeman to Rockne, pointing out that he is a young head coach like Rockne was. Freeman makes it clear he’s not aiming to reach the same numbers Rockne achieved. The chat then shifts to the topic of Rockne’s offense, which often saw the quarterback take on the role of lead blocker. With three quarterbacks in the room, the concept wasn’t exactly popular.

Looking through some Knute Rockne artifacts, the group dives into the coach’s playbook and find his favorite play. In order test the play out, some of the current Notre Dame football team join them in the yard. Together, they recreate the play, which looks like a trick play that would result in some injuries in today’s game, especially with Eli being the one carrying the ball.

This is a great episode because not only was it very informative on one of the greatest football programs and most legendary coaches, but it’s also entertaining because of the Manning brothers coming together. Any time Peyton and Eli get together, it’s going to be fun. Notre Dame fans are especially going to love this episode, of course.

You can watch Eli’s Places on ESPN+ now. Fans can subscribe to ESPN+ for just $6.99 a month and can cancel at any time.