In the Marvel Universe, there are plenty of iconic superhero teams. The Avengers, the X-Men and the Fantastic Four are some of the first that come to mind. The Guardians of the Galaxy, the Defenders and about a dozen more are next on the list before we get down to the Thunderbolts.

“Thunderbolts #1″ sees Clint Barton take over as leader to the super team with a problematic past. It’s an exciting start to what seems like a safe bet to be a very fun new series. And with Barton at the helm, you know there are going to be some laughs in every issue. 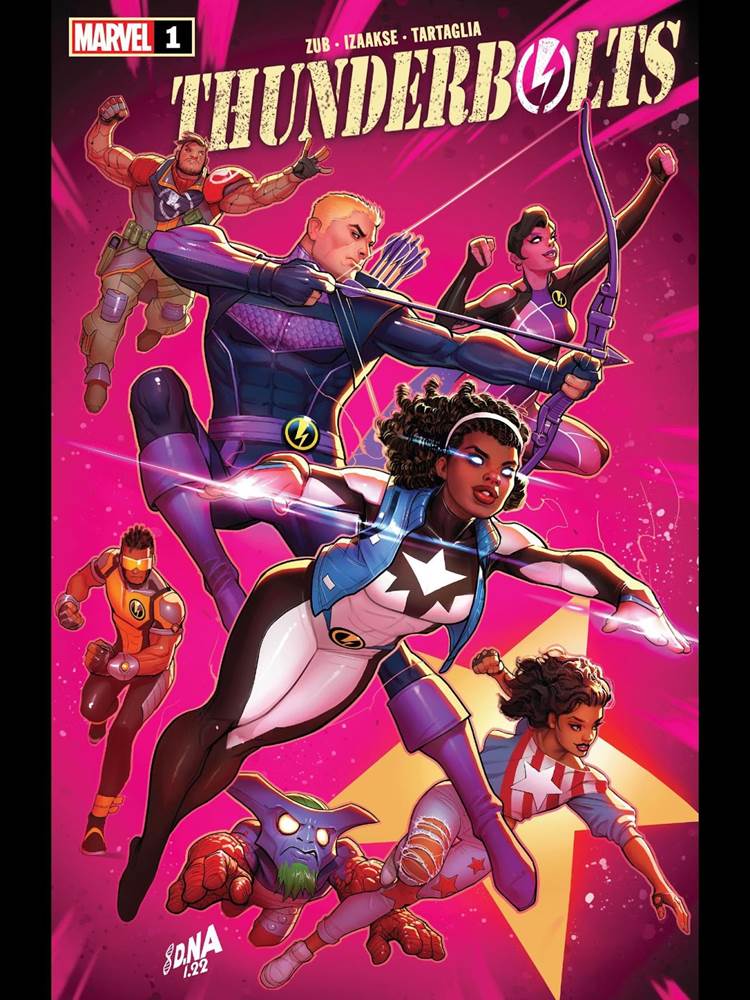 Clint Barton, better known as Hawkeye, has had a bit of a falling out with the Avengers. Now, the longtime hero is in the market for a new team. Reassembling the West Coast Avengers may not be in the cards, but luckily for him, Mayor Luke Cage has a need for a team right in New York.

Of course, whenever a superhero team is officially sanctioned by the government, there’s going to be some strings. Barton isn’t exactly one to always play by the rules, but as the new leader of Luke Cage’s Thunderbolts, he’s going to have to deal with some red tape.

Now, with a new team of heroes at his disposal, Barton leaps into action to round up the old Thunderbolts before they can wreak havoc on New York City. The only question is: will this team, chosen by a marketing department, have what it takes to save the city? 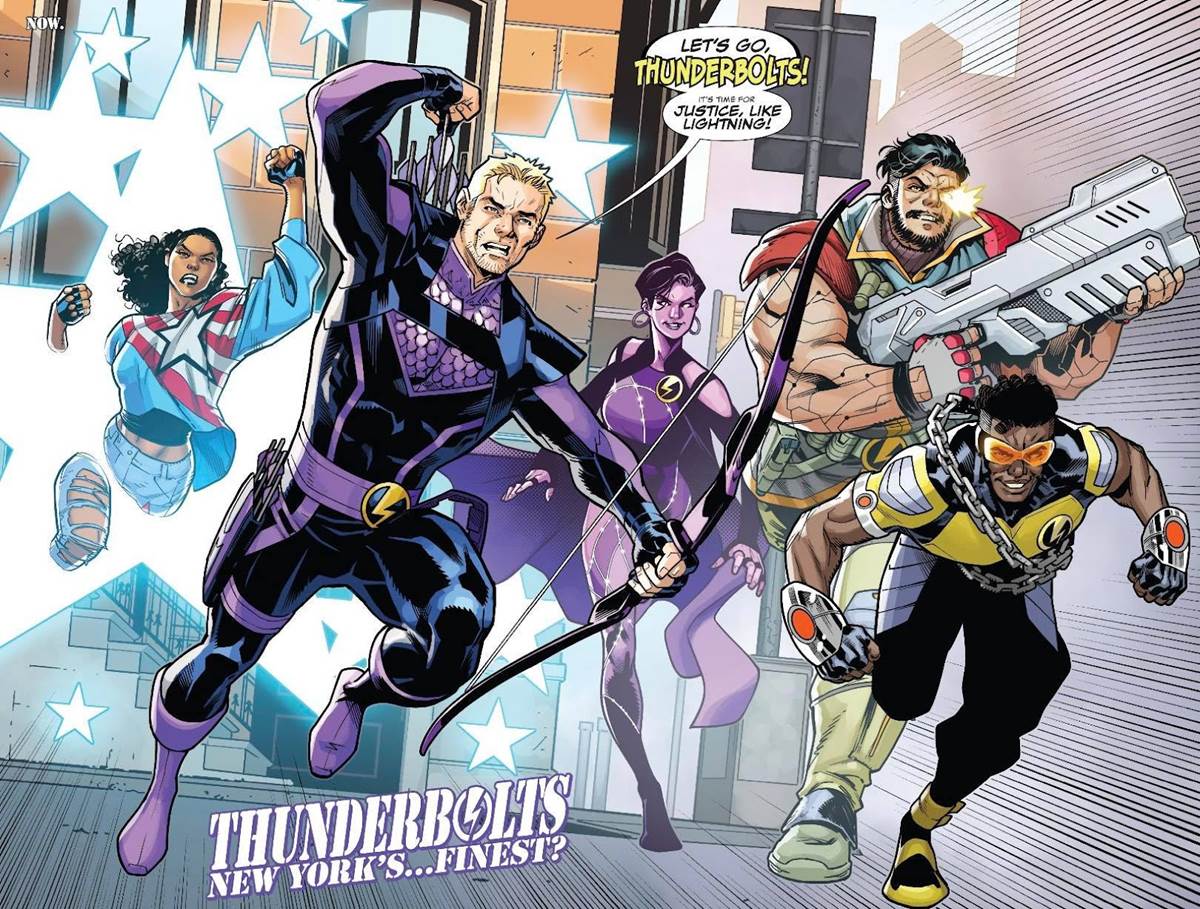 If there is one word to describe this first issue, it is simply “fun.” This isn’t going to be a ground-breaking story with a complex plot twists and poetic writing, but it is going to be a load of fun. This issue is packed with action and we get to see a lot of different types of characters display what they can do. And of course, there are plenty of hilarious moments sprinkled throughout.

The best thing about this first issue, and likely the eventual series as a whole, is the collection of characters. We know Barton can be great, but the team assembled for this series should complement him nicely. America Chavez and Monica Rambeau are familiar faces to most but this issue also introduces a new character, Gutsen Glory, who is also very intriguing. One of the most interesting things about this first issue is that it tells two different stories. The first is the new team of heroes leaping into action, but the second is Clint dealing with the problems of running a government-sanctioned team. Some of Marvel’s best stories are grounded in reality and this one, ridiculous at is may be at times, also has that element in play.

And finally, as any good first issue should, “Thunderbolts #1″ features a very interesting cliffhanger. The team may have gotten through their first mission (kind of), but they all seem to have their demons as well. An exciting story has been set up here and it’s one Marvel fans will certainly be looking forward to. 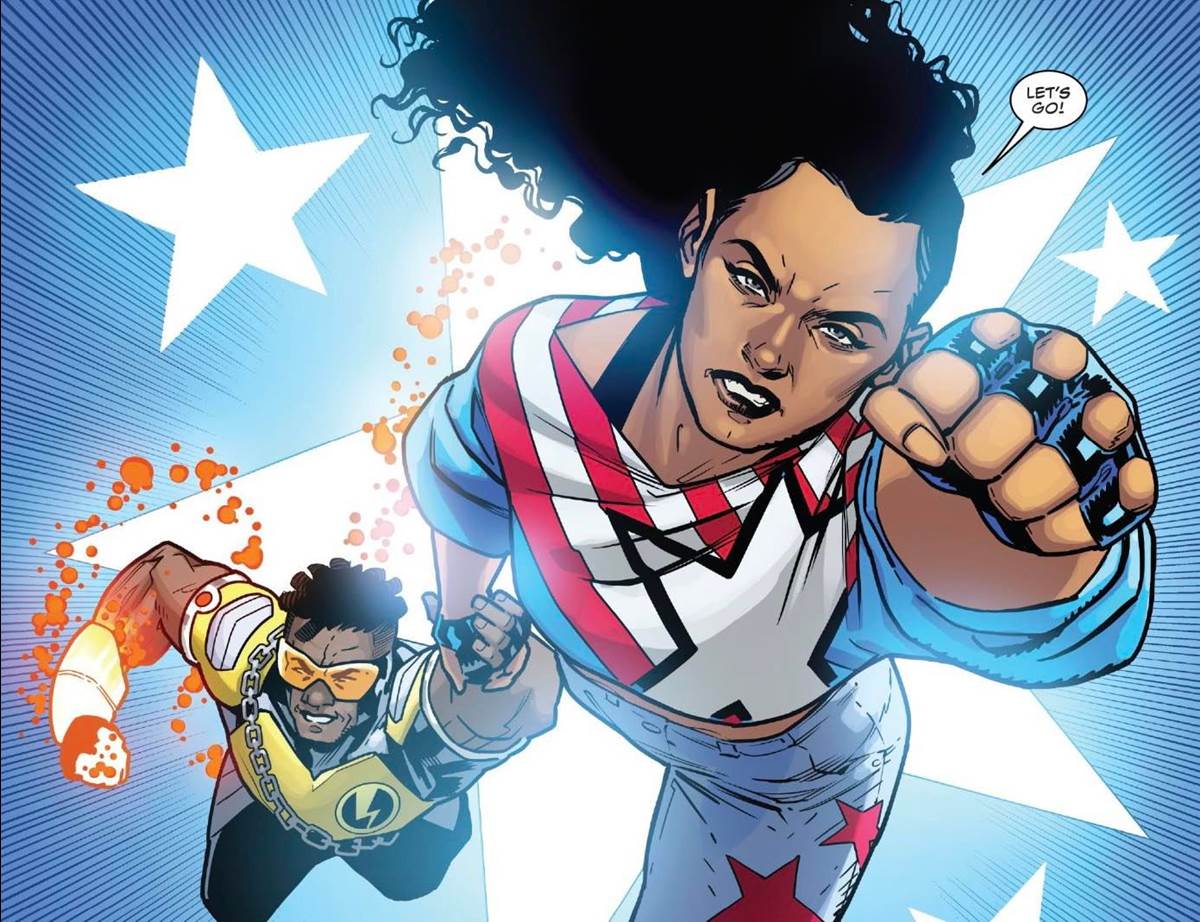 You can check out “Thunderbolts #1″ now.