“They're called heroes because that's what they are,” explained Brie Larson recognizable to millions of people around the world as Captain Marvel. This Disney+ Day (September 8th), Brie leaves the super suit behind and steps behind the camera as the creator and executive producer of Growing Up, a ten-part documentary series that explores different adolescent experiences. “They're incredibly brave, courageous, beautiful, perfect angels that have a unique and special skill that they are bringing to the world. That is why they're heroes because they are my heroes.” 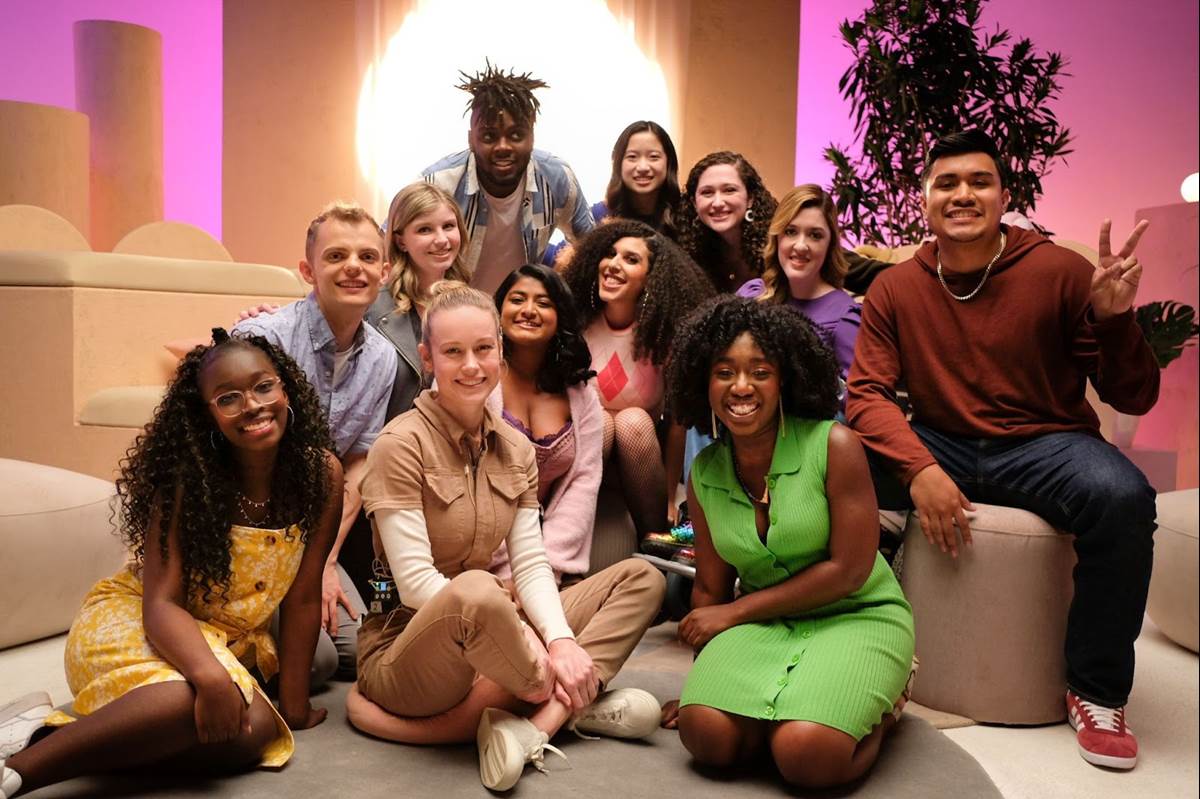 I recently had the pleasure of sitting down to interview Brie Larson, some of the featured heroes, and several of the series’ directors about their experiences on the project (full video below). “They wanted us to choose stories that personally meant something to us because they knew how special it'd be,” explained Yara Shahidi. The black-ish/grown-ish star directs an episode titled “Sofia” about a young Black math and science enthusiast who felt the weight of imposter syndrome. “Not only had I already been following Sofia and just a fan of her presence and platform but I think as we had the opportunity to dive into our stories, there were so many parallels about being two young Black girls that are in primarily academic spaces. But having these experiences that really did shake us as well as the experiences that showed us that there was a community out there, the experiences that showed us that we were on the right paths. And so it was really fun to be able to direct an episode that meant so much to me and paralleled my own story, even coming from very supportive families and backgrounds.”

“It just felt like two weeks long of therapy because it was unpacking so many things that had happened in the past and realizing how they truly impacted me,” revealed Sofia Ongele, the focus of the episode Yara Shahidi directed. “Looking back at it now, I understand why it was so formative, and I've been able to heal and grow from so many of those things. It was a really great experience. It was also I think, really refreshing to be able to view it from a different perspective, because the perspective that I looked at that point were either distinctly positive or negative and being able to view it from a more neutral place and seeing how it fit into the grand scheme of things was really rewarding.”

“I was definitely drawn to Vanessa's story, having come to the US as a young African woman or from the continent first generation,” director Ekwa Msangi revealed about what drew her to direct the episode “Vanessa” about a woman who struggles with acclimating to a new culture.”[I was] so impressed by her, just how clear she was on what she experienced, what that meant. She had a depth of reflection that I don't think I quite had at that age.” For Vanessa Aryee, participating in Growing Up helped her see how far she’s grown. “I was brought back to that moment in time, but then I was also thinking about how much I've grown,” Vanessa shared. “I was in a position where I could reflect on the fact that at that moment I felt this way, but I've gotten so much perspective as an adult. I've healed so much, and I can look back at that moment and be like, ‘Wow, I've gone places.’ So it was a very rewarding experience to be able to do that.” “I had issues accepting my disabled identity and Emily at 16 decided to create a community for disabled teens,” explained director Ashley Eakin about the hero she was paired with. “If she was around, when I was that young, it would've changed my life.” Emily Flores was present during the interviews and revealed why she wanted to take part in Growing Up. “I was hoping that somebody could look at our episode, look at our show and realize just how beautiful being different is, and just how beautiful our own journey is,” Ashley said. “That was definitely just a very cathartic experience and I was so grateful to be able to share my story in that way.”

“Some of the moments that were reenacted were tough moments in my life, but going back and reenacting them, there was disconnect because I've grown so much since then,” shared Alex Crotty, a young woman whose story deals with themes of mental health and seeking help. “I felt good about reenacting those scenes because I know that there are other kids who are going through similar moments who hopefully in seeing that they're not alone, will be inspired to take the reins and figure things out.”

“I had actually made a short film with Alex a few years ago when she was just in middle school,” revealed Nicole Galovski, Growing Up showrunner, executive producer, and co-director of the episode “Alex.” “I caught up with her again when we were doing this and her story had stuck out to me from the time that I made that years ago with her. She had only grown in her mental health advocacy and journey since then. And so it was a really wonderful way to partner back up. [Co-director] Kishori [Rajan] and I were both extremely passionate about mental health particularly, and with very personal experiences with depression as well. And so being able to tell Alex's story was really important in a way that Kishori and I really bonded over during the creation of the series overall.” 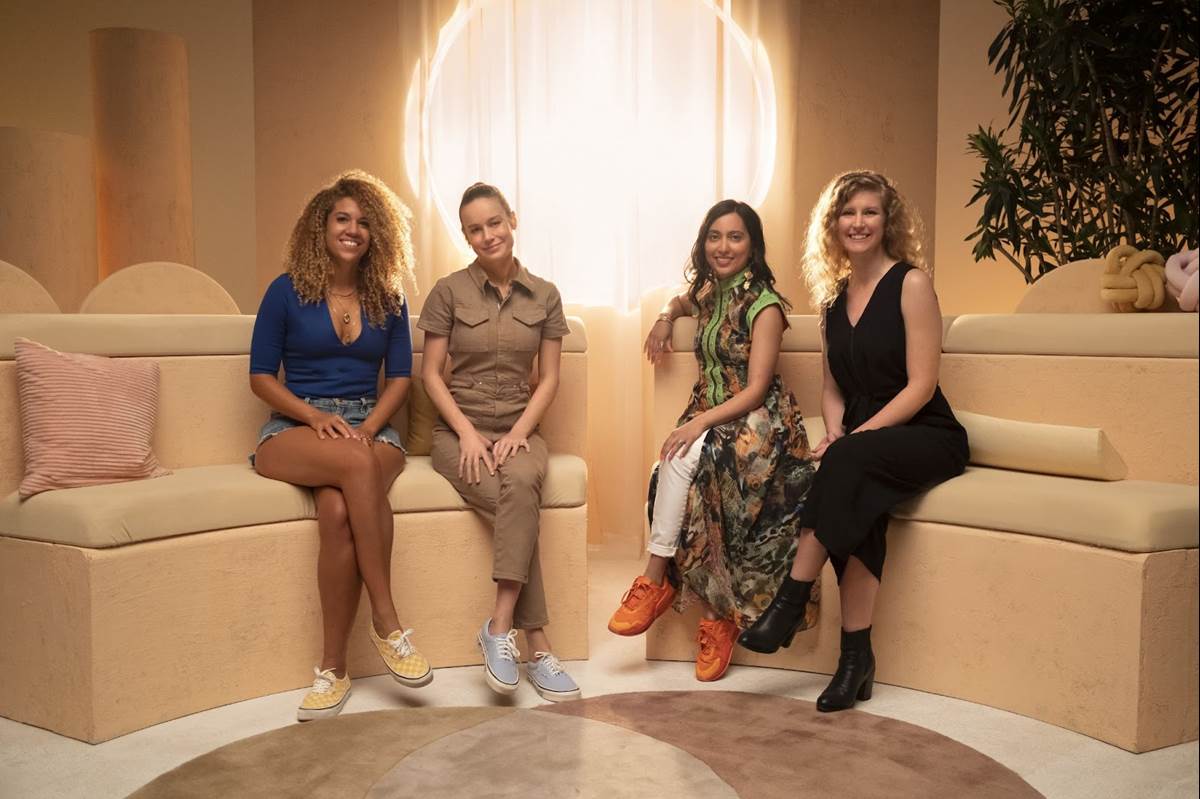 “Amiri just blew me away when I saw their audition tape for many reasons,” director Elegance Bratton said. “I'm a Black gay man myself, Black queer person. When I was Amiri's age, not that long ago, but some time ago, I didn't really have anybody to look at to a smart, young, Black, queer person who's actually able to apply their knowledge in the world and make some way for themselves even as they deal with the trouble of being young, Black, and queer in this society. When I saw that, all of the things that gave me trouble at that age, Amiri put his time into finding some solution for or some way to actively work it through. What I learned from this experience is that I can do that more, that I can actually be more present and more in my flesh and more conscious. And that the things that feel impossible, there's one thing that I can find to do, to give me that power and that joy back. And I learned that through this episode, I hope the audience does as well.”

“There were definitely a lot of trauma points that I experienced as a young queer and trans kid,” revealed hero Sage Grace Dolan-Sandrino about the story she had to relive for Growing Up. “It's definitely put me in a great place now to be able to go back to those places with a bit of disconnection and a bit of separation and reminding myself how I got here now. I think of these opportunities of going back in time not only as gifts to ourselves to experience that, but I am really excited to experience the gifts from Emily, from Alex, from everybody else on the cast of being able to see these moments that they grow up. Because when we came to the show, when we came to the space together, we didn't know anything about each other. Some of us were mutuals and some of us had a little bit of understanding, but I'm really excited to unpack the gift of their growing up experiences.”

You can celebrate the gift of these diverse adolescent experiences when all ten episodes of Growing Up launch on Disney+ this Thursday, September 8th. Be sure to watch the full video below for more insightful looks at this innovative new docu-series.