In this session of The Patient, we’re going to dive into the “Issues.” In this third set of thearapy notes (aka, a recap of Episode 3), we learn more about Sam’s troubled past while also discovering the limit of his restraint. Last week ended on a cliffhanger, with Alan discovering that someone else is home and about to see them face-to-face. “Hello, I’m Alan Strauss,” Alan (Steve Carell) introduces himself. “I’m Sam’s mother,” Candace (Linda Emond) replies with a stern look. She reveals that she owns the house and that Sam moved back in with her after his divorce from Mary.“You know about Mary, don’t you?”, she asks. Alan tells her that he can’t discuss Sam’s therapy with her. She praises Alan’s book (The Cactus and the Mirage) and explains that she shared it with Sam in hopes that it would help him. It didn’t, so she suggested that he try real therapy. “This isn’t real therapy,” Alan corrects her, asking to be unlocked. She doesn’t have a key to his shackles and when he asks her to call the police, she says she won’t turn in her own son. “Candace, please. I have kids. A son and a daughter. They need me just like he needs you.” She shakes off his statement, saying “I know this isn’t right, but you have to help him. He’s my baby.” 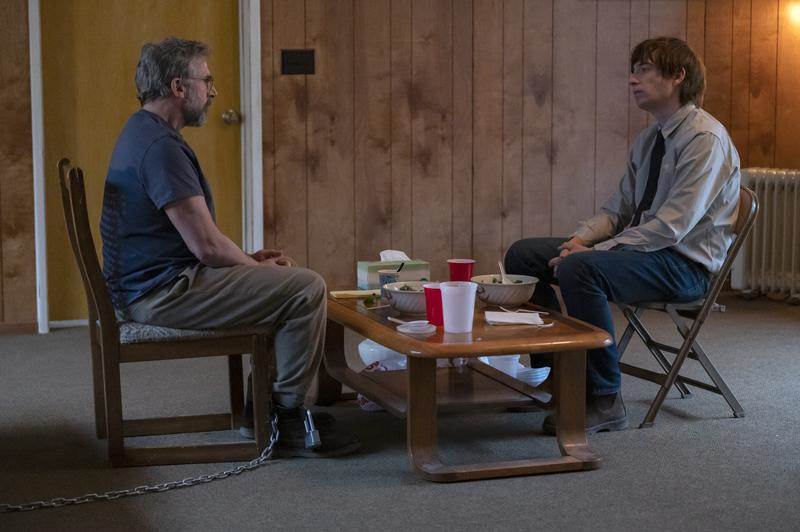 When Sam (Domhnall Gleeson) returns with dinner, he also brings Alan a small legal pad and a pen so he can take notes. Alan shares that he met Sam’s mother. “I was a little surprised, you said she was dead.” Sam apologizes for the lie, saying that he feels like most people in therapy only complain about their mothers. “My mother is not my problem.” While they eat, Alan asks to be released from his chains, arguing that he’s old and not strong enough to overpower Sam. “She usually doesn’t come down here,” Sam says about his mother, changing the topic. In that moment, Alan has a vision of breaking the glass pitcher next to his bead and using the jagged glass to attack Sam. Back to reality, Alan asks Sam for more details about his father, who left him and his mother when Sam was 14. He learns that Sam hasn’t seen his father since he abandoned them. Alan asks for a specific example of how his father treated him. Sam recounts an anecdote where his father asked him to break down some boxes, a term he had never heard before. Rather than explaining it to his son, Sam’s father beat him instead. Alan asks about Sam’s father’s abuse towards his mother, but Sam clams up.

Later, we find Alan meditating on the floor having a flashback to his son Ezra’s wedding reception. The Rebbe (Jake Broder) announces that the mother of the hassan has some words she’d like to share. But when Beth (Laura Niemi) heads toward the podium with her guitar, the Rebbe stops her and says women aren’t allowed to sing. “Rebbe, it’s my son’s wedding.” Ezra (Andrew Leeds) looks embarrassed, turning his attention to Alan as if asking him to stop his mother. Bet introduces herself as the cantor at Temple Sinai before starting her song. As she begins to play, several men stand up and head towards the door.

It’s a stormy nigthtime therapy session in the basement when Dr. Strauss suggests family therapy with Sam’s mom. “She’s been through enough,” Sam defends, “she doesn’t need to be dragged into what we’re doing here.” Alan argues that it could be helpful for his mother, too. “Sam, you don’t have to take this next step alone. There is someone who wants to be there with you. She doesn’t want you struggling with this by yourself.”

Candace is present at the next daytime session, describing how abusive Sam’s father was. Dr. Strauss has to remind Sam not to cut his mother off in the beginning. Alan points out that Sam and Candace saught refuge in each other during that difficult time and that they can do that again. He tells Sam that his murders are a source of pain for his mother and to think of her feelings the next time he has that urge, replacing those feelings with a stronger desire to protect his mother from getting hurt. Sam looks upset and stays silent while Alan passes a tissue to Candace, who is quietly crying. “Will you do that for me, Sam?” Sam gives a slight nod before taking a habitual sip from his large Dunkin’ Donuts coffee cup.

That night, Sam brings Alan Pastitsio and as Alan begins to eat, Sam tells him that he went back to the restaurant with the manager he’s been wanting to kill. “I got my food, there he was, I sat in my car across the street. And I did the whole thing in my head. Every second.” Alan tells Sam that it seems like he did well.  “I wanted to show him… I want to teach him how to behave to other people in the world. I still want to do it.” Alan asks Sam if all of his other victims were being taught a lesson too. “Yes… Every one of them deserved it.”

While Sam is at work the next day, Alan tries to call for Candace when he hears her footsteps upstairs. She ignores his calls. Later, we see more of Alan’s flashback from Ezra’s wedding. Beth plays on as men continue to stand up and leave the reception upset. Both Ezra and his wife Chava (Amy Handelman) look embarrassed. Ezra won’t make eye contact with his mother as she sings. The Rebbe stands watching with his arms crossed. Jumping forward, Alan recalls Beth on her deathbed. Their daughter Shoshana (Renata Friedman) was there holding Beth’s hand. Ezra wasn’t. 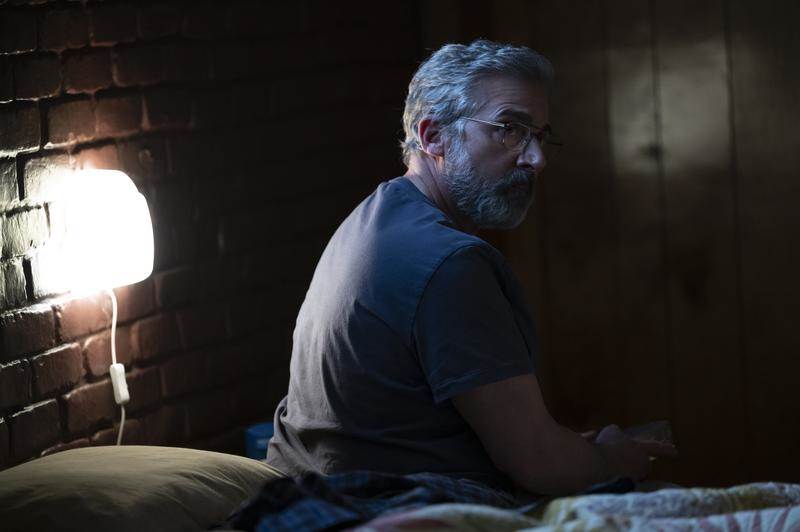 Alan is asleep when Sam returns home, awaken by the sound of his truck door slamming. He puts on his glasses and sits up, expecting the usual site of Sam with a bag of takeout. Instead, Sam appears dragging a bound man with duct tape covering his eyes. He doesn’t say anything as he drags the man to the door under the stairs and locks him inside it. Sam avoids eye contact as he walks in front of Alan’s bed towards his bedroom door, closing it behind him.

Well, that’s time for this week’s session. We will continue on Tuesday, September 13th, with a conversation about “Company.” Here’s the planned agenda for next week on Hulu and I’ll be back with more clinical notes.

On the threshold of crisis, Sam honors the promise Dr. Strauss made him make as a condition for continuing their work together. The trust built between patient and doctor is tested, with a life in the balance. Written by Joel Fields & Joe Weisberg; Directed by Kevin Bray.