Steven Levitan has delivered a truly funny, laugh out loud, tears in your eye’s comedy with Reboot. Not only are the laughs sustained throughout the whole series, but there are tender moments of reconciliation amongst family, and an introspective look at how reboots are a great thing for everyone.

Hannah (Rachel Bloom) is an upstart indie filmmaker who has the chance reboot the famed sitcom “Step Right Up” for Hulu. The network executives wonder why an auteur of her status would ever want that, when she explains that her plan is the make the show less cookie cutter, and more genuine.

Given the green light, the original cast, played by Reed Sterling (Keegan-Michael Key) Clay Barber (Johnny Knoxville) Bree Marie Larson (Judy Greer) and child star Zack (Calum Worthy) are recruited to star in the series. The stars have fallen on hard times and readily agree to the new show. Just as Hannah is getting ready to start production, a surprise comes out of nowhere, when the original showrunner Gordon (Paul Reiser) shows up and insists on joining the production.

Multiple shows and movies are being rebooted in one form or another, but Reboot is a fresh take on a concept in film and television. Reboot has a stacked cast of talent that is given ample opportunity to shine. The relationship drama between Bree and Reed is amplified by the immense talent of Keegan-Michael Key and Judy Greer. They are a match made in heaven, playing the washed-up actors who were once in a relationship and who may or may not still have feelings for each other.

Johnny Knoxville gives his best performance to date. Playing the reformed Clay, Knoxville instills his character, who was the heart of debauchery in the original show, with heart, and a desire to do good, but with a hint of a crass streak that feeds into the story perfectly.

Rachel Bloom as Hannah is a joy to watch, as she struggles to deal with the actor’s needs while accommodating the writers, working to make the show a success, and dealing with sharing duties with Gordon. While the audience will laugh with Hannah, viewers with empathize with her because she isn’t jaded by success or the Hollywood system. Hannah is a good person, and Rachel Bloom makes Hannah a refreshing new and vibrant character in a world that is looking to recapture past magic.

Paul Reiser is a gift in the role of Gordon. From his first scene, Reiser makes Gordon a throwback, cynical talent who has survived the Hollywood game, and refuses to change – that is until he and Hannah start working together. Reiser is one part curmudgeon, but also a gifted producer who has the power to bring funny people together. There’s a lot not to like about Gordon, but Paul Reiser’s brilliant portrayal makes us laugh with joy as Gordon navigates a world he knows well in a brand new boat.

Calum Worthy plays the grown-up version of Zack, who was the child star of the original show. Worthy lives up to his moniker as he fights for screen time making Zack a much-needed bit of comic relief while showing viewers that he is one of the few people on set who is comfortable with himself. 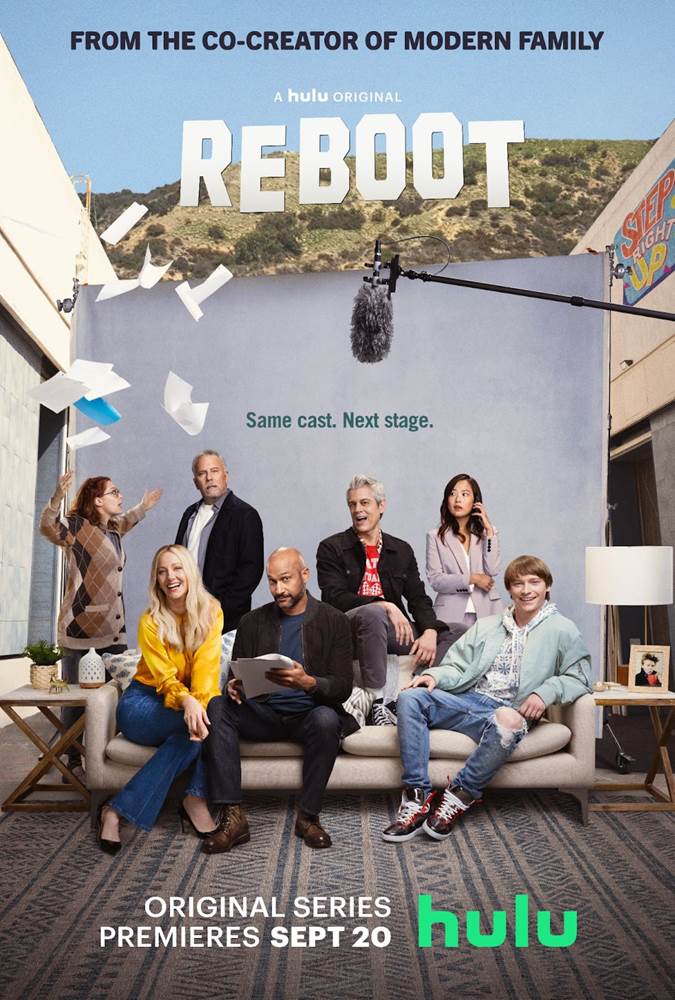 Reboot is very much an actor’s feast for comedy, but the chemistry between the cast, whether it's Greer and Key trying to figure out how to work together, Knoxville trying to make sense of Clay’s present while reconciling with the past, or Bloom and Reiser’s banter in the writer’s room and then dumping tasks on each other, is what makes the show a gigantic diamond in a streaming mountain of content.

Viewers will get sucked in by the talented leads, the incredible writing that delivers each episode, and the behind the scenes look at making a rebooted sitcom. From the hijinks of the cast to the unfortunate saying that gets attached to Dennis, one of the nicest crew members, Reboot is funny with a capital F, and not to be missed.