Let’s roll! Disney Junior’s newest preschool series races into action on Wednesday, September 21st with the debut of Firebuds. Set in a world where humans work together with sentient vehicles, the series combines things that go “vroom” and “wee-ooo” with a curriculum that teaches about safety and teamwork. The fun begins with an initial batch of episodes dropping on Disney+, or a back-to-back series premiere on Disney Channel and Disney Junior at 10:30 am ET. Welcome to Gearbox Grove where best friends Bo, Jayden, and Violet do everything with their Rescue Club vehicles Flash, Piston, and Axl. Their all the children of community helpers and aspire to be just like their parents. From keeping a liter of dalmatian puppies safe to rescuing a stolen piece of art, the pint-sized heroes are ready whenever duty calls. Each 21-minute episode features two stories, keeping the energy up for the full duration.

Each story is packed with music by Beau Black, who also lent his songwriting talents to The Lion Guard and Mickey Mouse Funhouse. Kids will quickly learn all the words to the theme song (“Firebuds Let’s Roll”) and the call to action song (“On the Move”), both of which encourage kids to get up and dance. But the music also carries forward the show’s educational component through songs like “Stop, Look, and Listen” and “When We Work Together.” 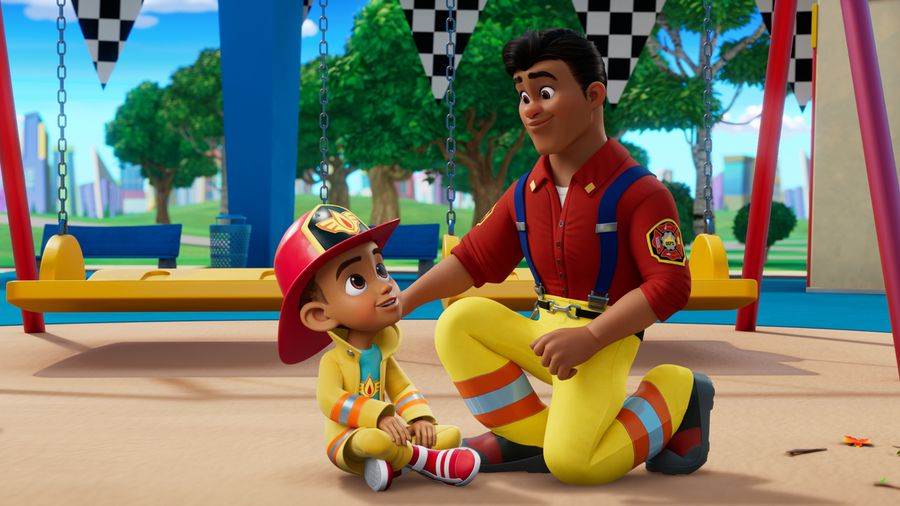 Created by Emmy award winner Craig Gerber, the mastermind behind Sofia the First and Elena of Avalor, Firebuds carries over the same themes of friendship and right vs. wrong that was so prevalent in both of those shows. Tonally, it achieves something a little more action-forward and, despite the talking cars, a little more rooted in real-world safety. And with so much progress in the world since Sofia the First launched in 2012, another big change is the inclusion aspect of Firebuds. Characters aren’t simply different ethnicities but are culturally specific (Bo, for example, is half-Filipino) and Violet is the daughter of a same-sex couple, having two moms (they make their debut in the fourth episode story, titled “Picnic Pile-Up”). 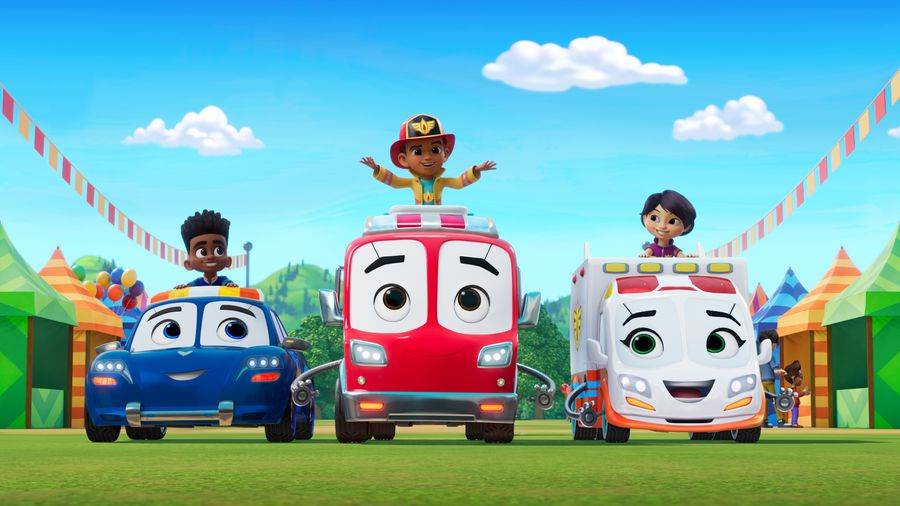 Firebuds teaches kids that the colorful vehicles with lights and sounds that enchant them on the roads have an important job to do. They can do their part by following the rules and playing safe. And when someone needs help, offer a hand if you’re able. While the show isn’t the first to tackle this same theme, it sets itself apart by including kids as both relatable humans and fun vehicles, and it is more reflective of the world we live in today to inspire the next generation of forward thinkers.

Firebuds premieres Wednesday, September 21st at 10:30 am ET on Disney Junior and Disney Channel with two back-to-back episodes. A selection of episodes will also be available to stream on Disney+.