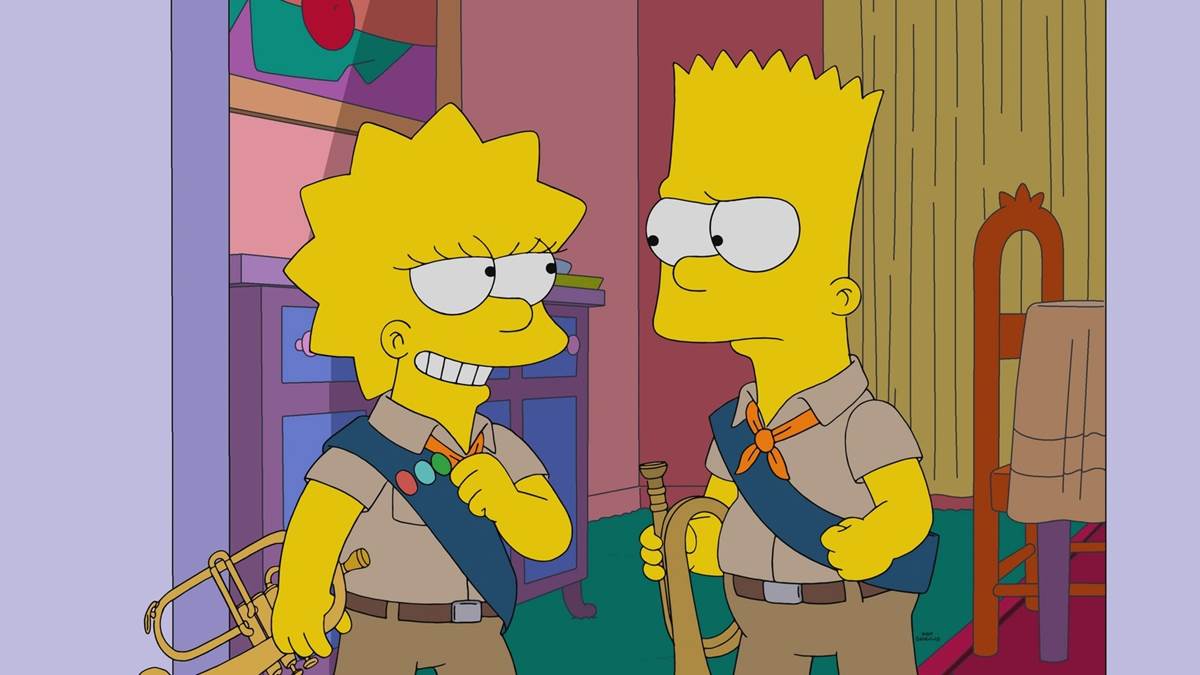 This evening I settled in to watch yet another episode of The Simpsons (the long-running animated sitcom’s 731st, to be exact), expecting a run-of-the-mill-outing entitled “Lisa the Boy Scout”– but as always, keeping an open mind about its entertainment value.

Little did I know that the proverbial run was about to be pulled out from underneath me, as just a minute or two into a boilerplate outing about Bart (voiced by Nancy Cartwright) becoming jealous of Lisa’s (Yeardley Smith) talent for scouting, the broadcast was interrupted by two characters posing as agents of an “Anonymous”-like hacker group. These cyberterrorists immediately demand that Disney fork over millions of dollars worth of Bitcoin (apparently they haven’t been keeping up with the news) or they’ll begin to release scenes from abandoned episodes of The Simpsons. 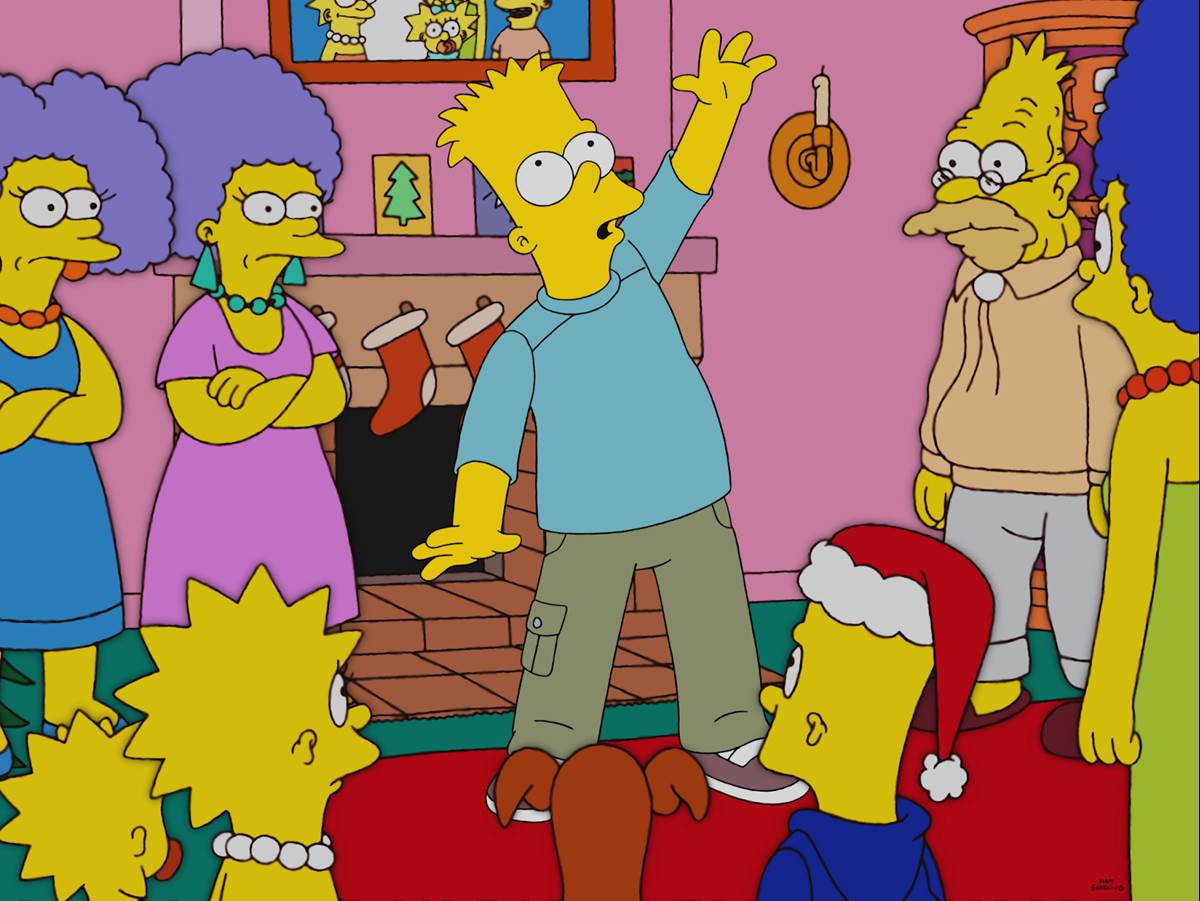 Longtime viewers of this show will remember the uproar over the ninth-season episode “The Principal and the Pauper,” in which Principal Seymour Skinner (Harry Shearer) was revealed to have been an imposter named Armin Tamzarian all along. So think many more ideas like that– character twists that would “ruin” the series in the eyes of many fans– presented in succession over the course of half an hour, and you have “Lisa the Boy Scout.” In the first example, Lenny (also Shearer) turns out to have only ever existed as an imaginary friend in the mind of Carl (Alex Désert). The second clip has a middle-aged Bart traveling back in time to the events of The Simpsons’ 1989 series premiere “Simpsons Roasting On an Open Fire” and planting the seeds of information that would become the show’s many oft-cited instances of “predicting the future.” Another clip has Martin Prince (Grey DeLisle) revealed to be a 36-year-old undercover police officer who just happens to look like a ten-year-old, posing as an elementary school student a la 21 Jump Street. Further examples of fake unused episode ideas include Homer (Dan Castellaneta) building a Field of Dreams but for Canadian football, Professor Frink (Hank Azaria) abandoned on Mars like in The Martian, and a delightfully twisted, Kafkaesque origin story for Sarcastic Man (Azaria again). 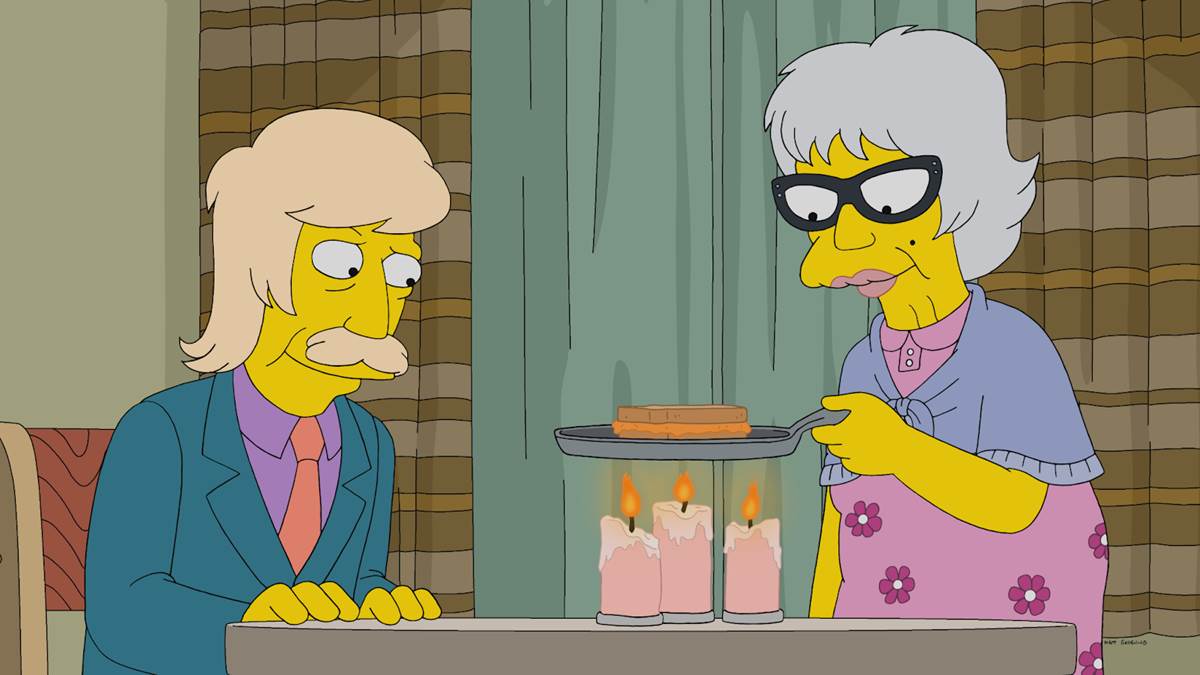 Ultimately what really pleased me about “Lisa the Boy Scout” is that it’s something we haven’t seen The Simpsons try before, though I would guess it’s inspired by some of the more out-there anthology episodes of newer popular animated series like Rick and Morty (“Morty’s Mind Blowers” was the one that immediately came to mind here). Sure, there were jokes about faux Simpsons episodes going way back to the “They’ll Never Stop The Simpsons” song in the 13th-season clip show “Gump Roast,” but I don’t know that we’ve ever seen this series be this meta for this long. I especially enjoyed the clip of Homer waking up from his two-day-long coma from the episode “Bart the Daredevil” after attempting to jump Springfield Gorge, and his family telling him that everything that happened to him after that was just a dream. But perhaps the creme de la creme of this premise is when the writers sneak in one clip featuring a song about jockeys from a hilariously misguided– but all too real– 11th-season episode entitled “Saddlesore Galactica.” 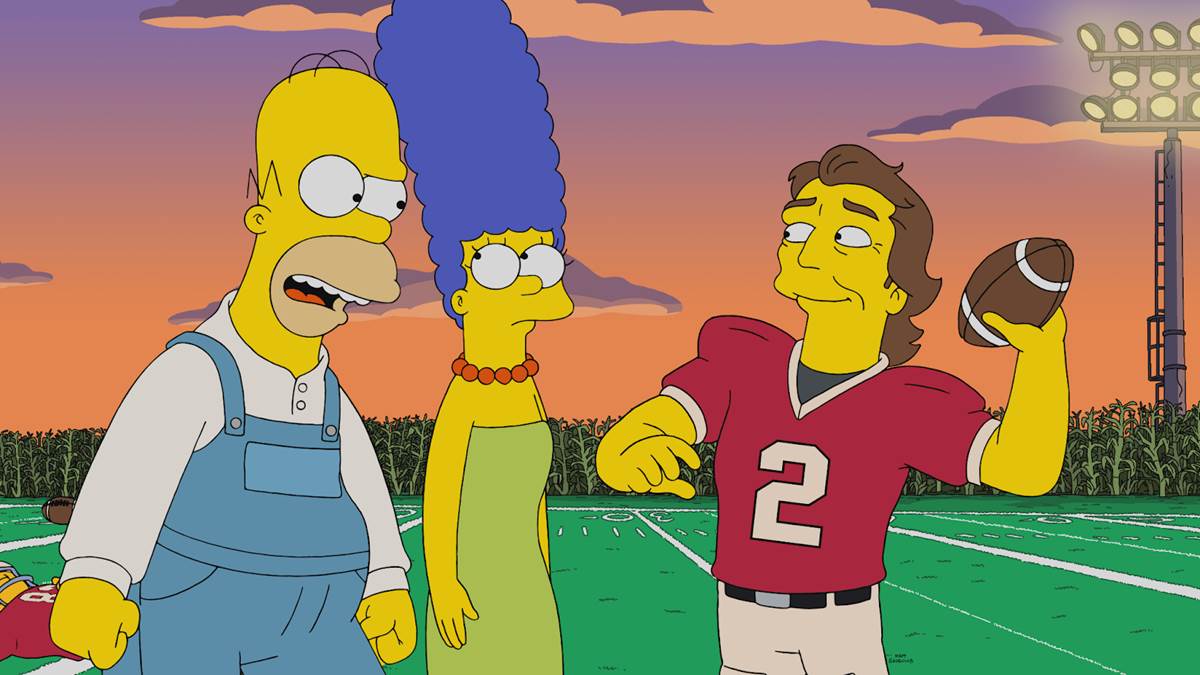 I know The Simpsons can’t be this self-referential every week, but that only makes it more of a payoff when it is. Case in point: the end of this episode has Homer and Marge (Julie Kavner) riffing on the B-story that we didn’t get to see, in which the happily married couple almost got a divorce until Homer apologized at the last minute. I was just complaining about that incredibly overused Simpsons trope last week (I feel like the timing has to be intentional there), so that bit of self-deprecating humor certainly worked on me. The running throughline with the hackers is funny enough as well, but the capper of The World According to Baby Jeff Goldblum (coming soon to Disney+, apparently) is what really drove it home. In the end, I’m just really glad that this show is willing and able to take chances like this every once in a while. For that reason, “Lisa the Boy Scout” is a very funny breath of fresh air, and a welcome indicator that the powers that be behind the series are absolutely aware of how stretched-thin their storytelling options have become after more than three decades.