Over a year ago, in September of 2021, Disney+ and Lucasfilm gave us the innovative animated series Star Wars: Visions, which allowed a number of Japanese anime studios the opportunity to play around in A Galaxy Far, Far Away. The stories in Star Wars: Visions are not considered part of the larger canon, but they all did create their own unique worlds with their own rules and characters, utilizing the familiar iconography and mythology of the Star Wars galaxy.

Now, with Star Wars: Visions set to return for a highly anticipated second season in the spring of 2023, Marvel Comics has gotten in on the action with a one-shot release that acts as an intriguing prequel to the first episode of the series, entitled “The Duel.” In that way it also provides some additional backstory for author Emma Mieko Candon’s novel Star Wars: Ronin – A Visions Novel, which served as a follow-up to “The Duel,” expanding on that short film’s story and characters. 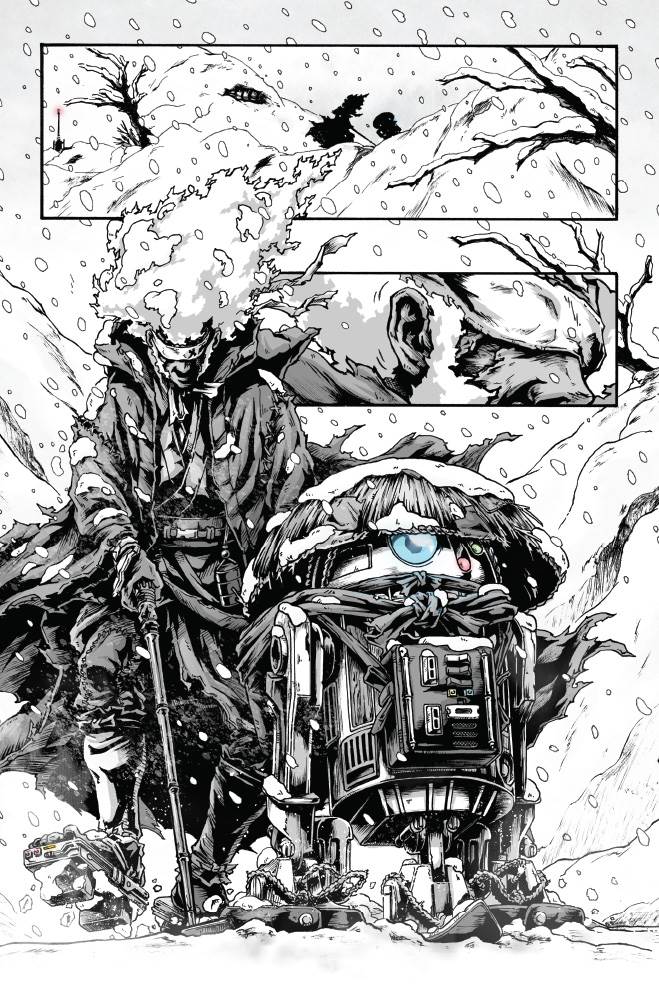 Visions #1, like “The Duel” and Ronin before it, follows the lone lightsaber-wielding warrior known only as The Ronin– inspired by the samurai characters in many of Akira Kurosawa’s films. The comic takes place just before The Ronin’s encounter with the Sith in the village as depicted in the animated short, and sees the character and his droid B5-56 cross paths with a stranger in the snowy mountains outside of the town. This mysterious, blind persona is traveling with an astromech droid of his own, and watches from afar as The Ronin faces off against an aggressive group of cutthroat bandits who have him cornered on a bridge made out of the legs of a fallen AT-AT walker (I absolutely love this visual). Once B5 pitches in on the battle, though, the pair make short work of the bandits and continue on their way, later converging with the talkative stranger at a natural hot spring. The two converse while their respective droids play dice with a group of Ewoks (!) nearby, and we learn more about The Ronin’s dark past as a former Sith Lord. We also get some very interesting history from the stranger, and I love how the incredibly talented writer/artist Takashi Okazaki (who also served as an artist on “The Duel”) has chosen to flesh out the reality of this world. 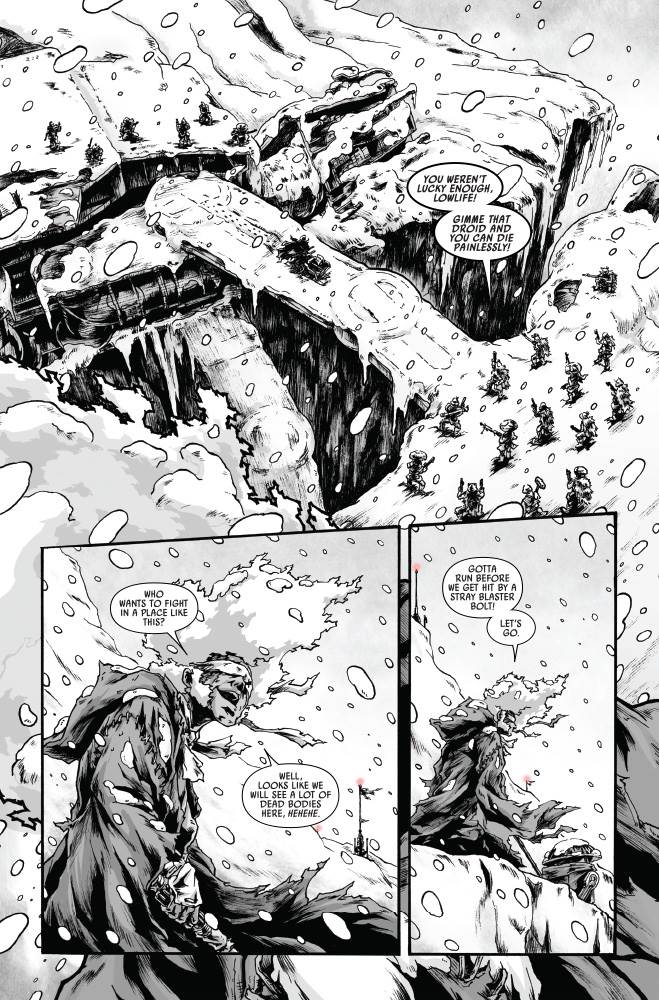 There are some details here and surprise appearance that will have hardcore Star Wars fans like myself squealing with delight, but the real joy comes from the writing and artwork that Okazaki brings to this absorbing narrative. I also love how he inserts little splashes of color into the otherwise entirely black-and-white landscape, much like “The Duel” did last year on Disney+. The visuals are so gorgeous here that I found myself staring at the pages with little-to-no dialogue longer than the ones that were full of dialogue bubbles. There’s a part near the end of the story where The Ronin and the stranger come upon a Star Wars-y version of the famous Terracotta warriors, with tiny statues of Jedi and droids burning in the snow. This moment gave me chills in that it indicated that the history of this world potentially holds even more to discover, should we continue to see additions to its existing chronology. Indeed, Marvel is calling this issue a one-shot, but with that second season of Star Wars: Visions coming up soon and the possibilities always being endless in the publishing sphere, I truly hope this is not the last we’ll see of The Ronin and his universe. 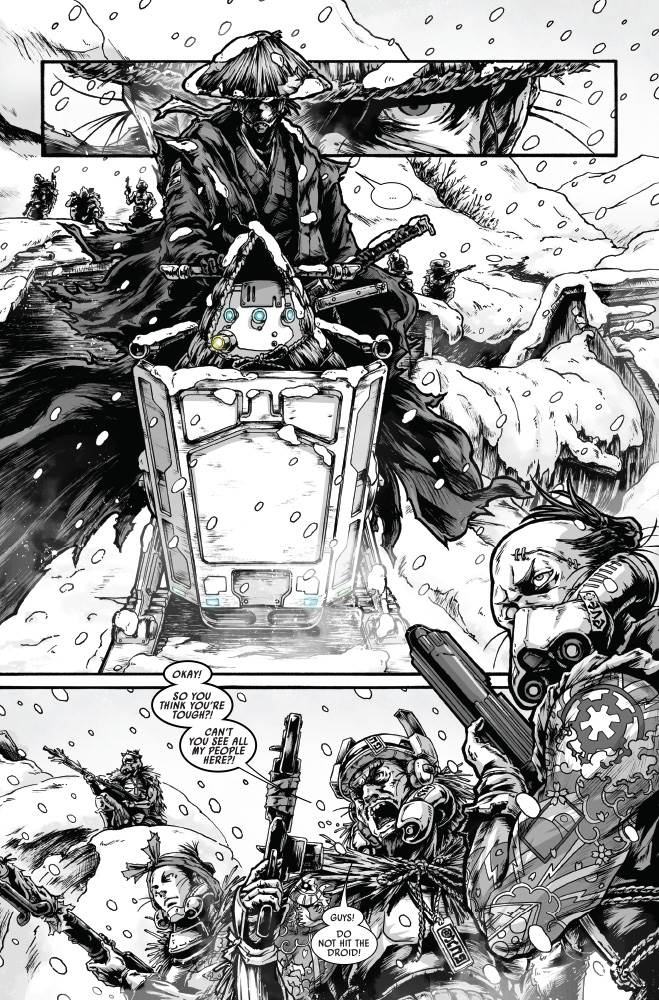