The Cave of Adullam, a new documentary from ESPN Films tells the story of a transformational Training Academy in the heart of Detroit where Black boys who are emotionally, mentally and spiritually in debt gather to be trained and transformed into comprehensive men. This emotional journey focuses on not only the boys, but also Jason Wilson, their selfless and motivational teacher. 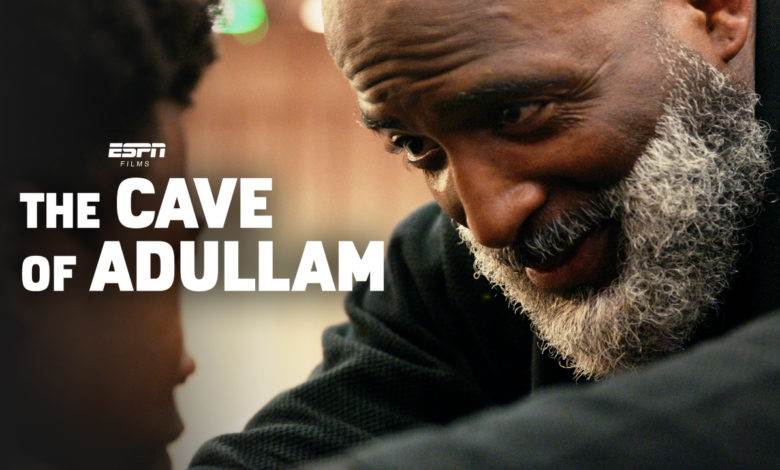 ESPN Films has told a lot of great stories over the years but few are as emotional and as powerful as The Cave of Adullam. There are several moments in which the various subjects of this documentary are brought to tears and it becomes almost impossible for the audience not to follow suit. The stories of these young men and their teacher are both relatable and heartbreaking.

And the heart of this documentary lies in the audience’s instant ability to connect with these young men. The emotion worn on their faces is sure to make you feel something as you watch their journeys and see the pain they deal with along the way. It’s really several stories of human experience and, whether or not you can relate to their specific journeys, the emotion behind them is there for everyone.

It is worth saying again though that this documentary is a story about the human experience. Aside from a very loose connection, it is not a sports story. If you want a documentary taking you behind the scenes of some amazing athletic achievement or the triumph of an overlooked team against all odds, this won’t be for you. Instead, this doc delivers the story of several young men overcoming grief and pain and learning to become the best versions of themselves, and it happens to be set in a karate dojo.

Another aspect of this documentary is the way in which it has been shot and edited. The Cave of Adullam will oftentimes make you forget you are in fact watching a documentary and not a feature film. The drama involved in the lives of these young men feels as though it has been scripted, until an incredibly powerful moment reminds you that it is not, and what you are seeing is actually someone’s very real life.

One thing documentaries, especially ones focused on stories that are ongoing, can struggle with, is providing closure. A film or a TV series can deliver an ending. That’s not always the case for documentaries. That’s not a problem here though as this doc gives you all the information you could want on where the people on which it focuses are today.

Overall, The Cave of Adullam is likely not what you expect from ESPN Films from the perspective of a sports fan. However, from a storytelling perspective, this is one of the greatest products the studio has ever delivered. It’s brilliantly shot and edited and the moving subject matter is more than enough to keep the audience hooked.

ESPN Films’ The Cave of Adullam debuts this Sunday, October 16 at 5 PM ET on ESPN.