Ever since Marvel’s Black Panther first appeared in a comic alongside the Fantastic Four all the way back in 1966, the story and lore of the iconic character has been rapidly expanding in every direction you could possibly imagine. It becomes a daunting task to keep up with every bit of the story of Wakanda with each new comic, film or animated series. Luckily, there is a resource like Marvel Black Panther Wakanda Atlas to centralize all that information into one beautifully illustrated, hardcover book. 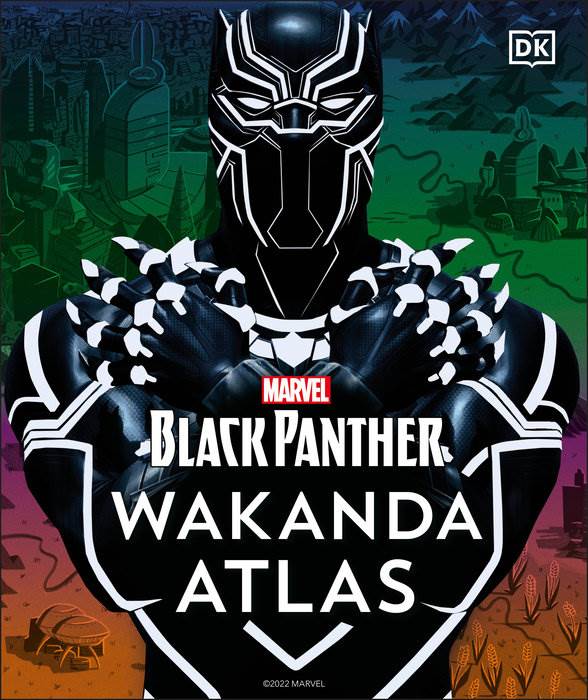 Marvel Black Panther Wakanda Atlas packs just about all the information you could possibly want about Black Panther into one book. For comic readers and Marvel fans who might want to learn more about the character and his story but don’t want to dive into the whole 50+ year comic history, this is a great resource to pick up.

Whether you’ve been reading comics for years or you never heard of the character until Black Panther hit theaters in 2018, there is almost definitely new information for you in this book. You can learn about everything from Wakanda’s capital city of Birnin Zana to Planet Bast and the intergalactic empire of Wakanda and everything in between. There may be a few characters missing here and there, but most of the major players in Black Panther’s history are accounted for and there is a lot of information about them.

Even with all of that information though, this book is still a very easy read. You may just pick it up to thumb through it and instead find yourself reading page after page as you become more and more interested in specific pieces of Wakanda’s history. And despite the book jumping around through 50 years of comics, it’s easy enough to follow and understand where the stories have gone and how they have gotten to where we are today.

Of course, the best part of Marvel Black Panther Wakanda Atlas is the art. Maps of Wakanda and illustrations of specific locations from talented artists like Bex Glendining, Teo Georgiev and Shawn Martinbrough will often distract you from your reading. These images are also incredibly helpful though as they help you to get a lay of the land and a better understanding of how Wakanda works.

Overall, Marvel Black Panther Wakanda Atlas is much more than just another interesting Marvel book to leave on your coffee table. It’s an excellent resource for those who want to know just about everything there is to know about the character while also being a fun read. And on top of all of that, the art makes for an interesting book to just occasionally flip through as you admire the beauty of Wakanda.