Above all, I hope I leave this earth being known as one of the most preeminent fans of The Proud Family to ever exist. This was my preferred animated series as a kid, quoting it during school lunches, and remains an immensely rewatchable show to this day. 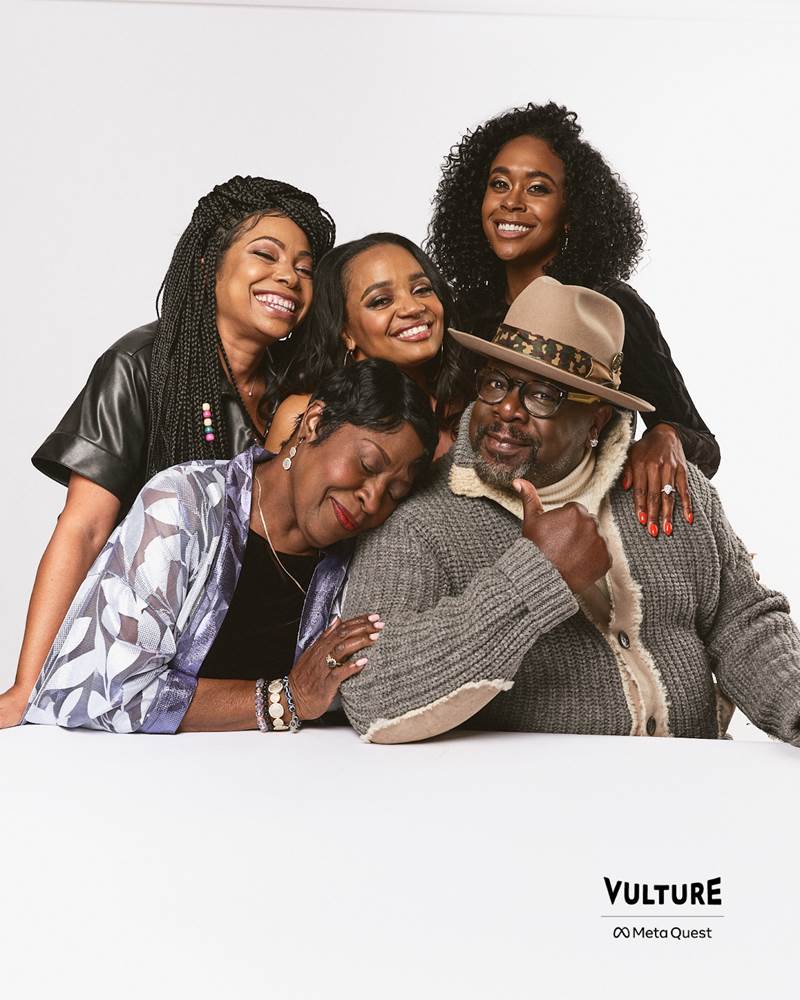 When The Proud Family: Louder and Prouder reboot was announced a few years back, I cannot deny actual tears flowed from my eyes. (The only other TV reboot that has garnered that reaction from myself was Raven’s Home. I stay true to my Disney Channel originals.) Never did I worry that the new series would falter as the original run remains as pivotal and resonant to this day. The newest ten-episode run that premiered earlier this year further commits to its brilliantly written comedy, deft handling of real world issues, and innate ability to craft a perfect insult to direct at a family member.

As part of Vulture Fest, I was able to attend a panel of the show’s stars and executive producers. They discussed the history of the show, while also giving a preview of what Season 2 will bring to Disney+ this coming February.

Bruce W. Smith, creator and executive producer, made sure to highlight that this reboot and its success was all but inevitable. Smith mentioned how, along with fellow executive producer Ralph Farquhar, pitching the show’s return has been discussed since it initially went off the air. Whether it was a live-action iteration or just a return to form, they desperately wanted these characters to return to the airwaves to tell more stories. When the pair went to pitch an original idea to the execs at Disney (which is in development now), they were asked if they’d be willing to reboot The Proud Family for Disney+. The response was an immediate “YES!”

As the news was slowly shared to the cast, the fandom behind the show became even more visible due to social media. So visible, in fact, that after a piece of convincing fan art suggested a possible death for Suga Mama, her voice Jo Marie Payton contacted the producers to ensure her employment with the reboot. Paula Jai Parker, voice of Trudy Proud, brought up how this reboot single-handedly helped revitalize her career, as she was in the midst of a long stretch of unemployment.

The new season will bring a lot of new storylines for the show, though none should come as shocking to the show. As the moderator of the panel discussed, the original run included issues like union organizing. They are never shy of covering topics that could be seen as outside-the-key-demo. Reparations, pronouns, racial conflict, and teen pregnancy will all be covered when new episodes drop come February 2023, with guest-star Maury Povich appearing on the (SHOCK) teen pregnancy episode. (Said Parker “It better not be Penny…”)

Near the end of the panel, I was thrilled to be able to ask the panel a question about the writing. I wondered if any of the cast had lines from the script enter their own vernacular, much like I often use quotes from the show in casual conversation. Parker mentioned “ZANG,” which is canon, while Farquhar brought up the line “I’m cuter than you.”

Kyla Pratt, voice of Penny Proud and one of the most naturally funny people I’ve ever shared space with, brought up the interesting point that Penny and herself are one and the same. Since she grew up portraying Penny, things she would say as a 14-year-old would become part of Penny’s voice and vice versa. Penny is a part of Kyla’s entire being, so their linguistics and personalities are interwoven.

In a different way, The Proud Family is an essential part of my life, too. It taught me about the world. It showcased issues that plague others as a way for me to understand fellow humans. It helped me become a funnier person. I am a PROUD Proud Family fan and being able to see their incredible selves in person was just as good as a Wizard Kelly ‘Wiz Burger’.