Within the franchise division at the Disney Vault, a skilled team of miners recently climbed into the trenches expecting to find nothing. They continued to dig, hitting nothing but dirt and soot. Was this it? The moment that original IP would have to be the way of the land? It just couldn’t be?! That was…until they saw it. Peeking out behind a rock was a single jingle bell…attached to a VHS copy of the Tim Allen vehicle The Santa Clause. A Christmas miracle of synergistic proportions! 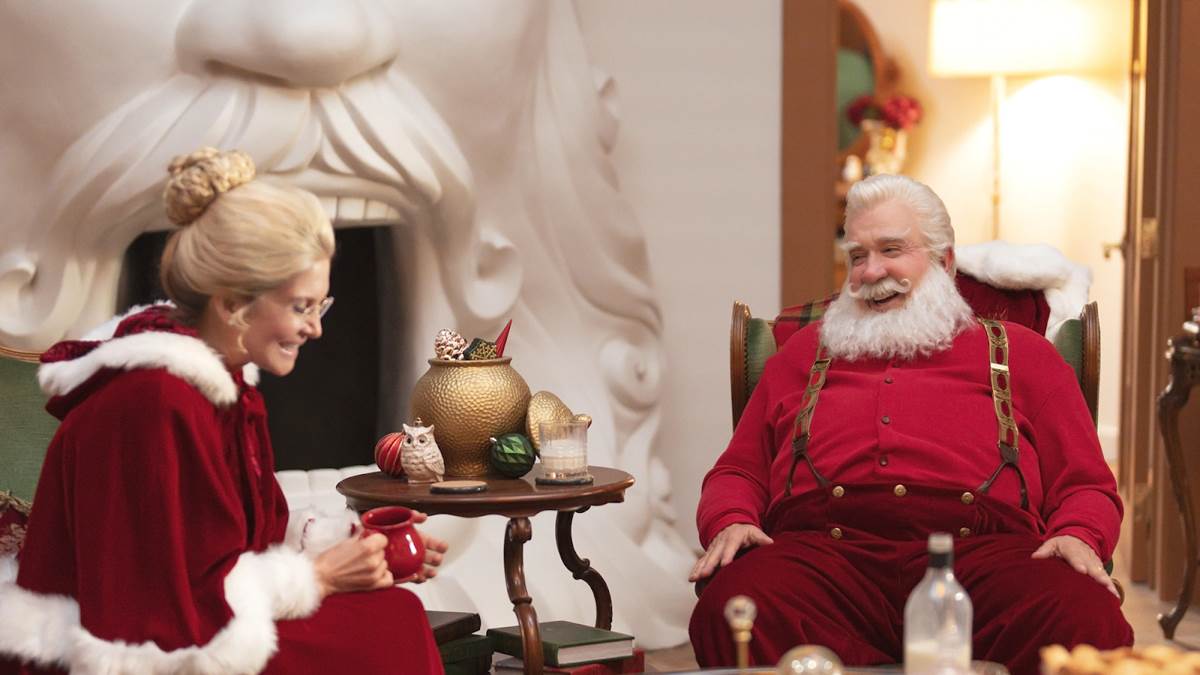 Disney+’s newest original, The Santa Clauses, premieres November 16th and is a continuation of The Santa Clause film trilogy. This go around, yet another clause is added to the lore of “being Santa.” After 29 years as the jolly man, Scott feels like it might be time to hang up the red coat. With additional advice from Mrs. Claus (aka Carol Calvin) and his kids (Cal and Sandra), it seems like taking a step back is the right move.

Of course, we know how Scott got this role in the first place. Is the only way for Santa to retire to…well…die? The infamous card with the smallest print in the entire word brings a possible loophole, allowing Scott to take a backseat and move on with his life. Considering that it seems that Christmas spirit is at an all-time low worldwide, maybe leaving before the floor drops out from under the holiday isn’t such a bad idea?

Only the first two episodes were available for review and the series is off to a solid start. The charm, heart, and lack of pandering that made the original franchise so winning is present in ample supply. While recent Disney franchise continuations, like Hocus Pocus 2 and Disenchanted, felt like obvious calls, this choice was a welcome surprise.

I didn’t truly realize how much I missed the Calvin/Claus family and the never-ending legalities required to remain Santa. The original trilogy created such a lived in North Pole experience that to this day, it seems to be a clear framework for “the proper Santa workshop experience” to many. However, all this to say that a bit of the real world has crept into the North Pole. 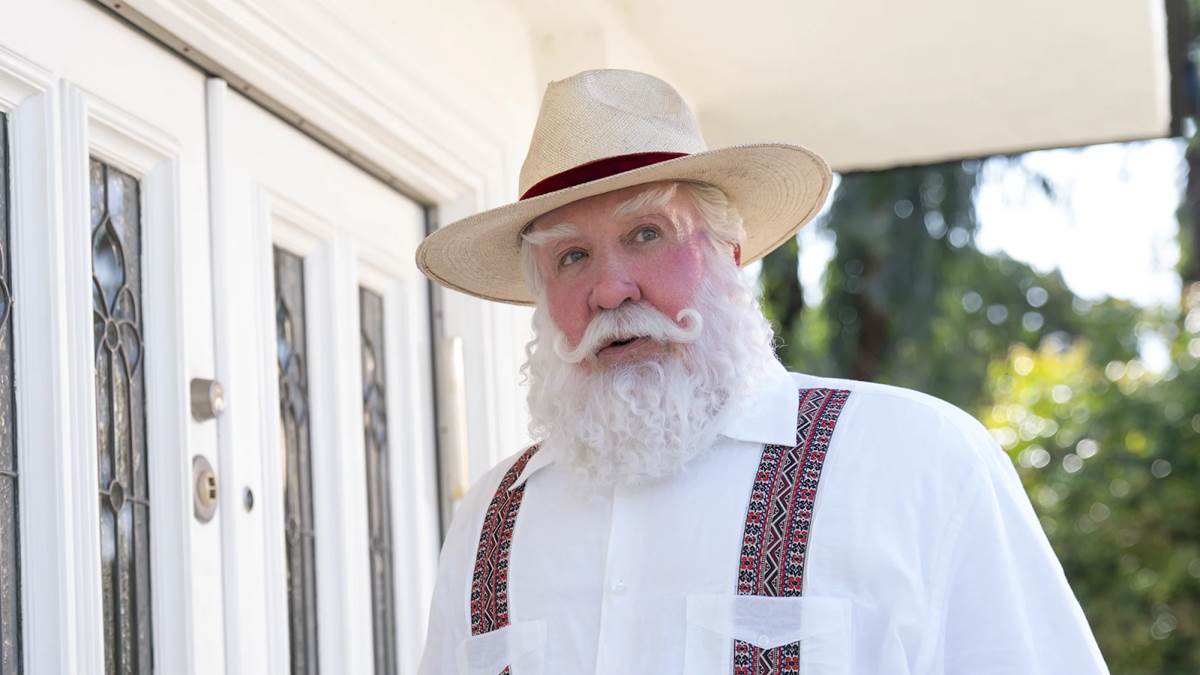 The differences in tone between the first two episodes are night-and-day. While episode one felt like a Tim Allen political tweet come to life, with various asides that felt more pointed than funny, the second episode was calibrated to be more inline with the original films. Do we really need Santa being perturbed that “saying ‘Merry Christmas to All’ is now insensitive” when confiding in his elves?

For Mr. Allen, we know his public persona has become more politically-based in past years. One can’t help but notice how it has infiltrated its way into his performance as Santa. Especially in the first episode, it’s Tim Allen as Santa. Yet, as time progresses, Mr. Allen fades away to reveal the Mr. Calvin/Claus we’ve come to love over almost three decades of holiday movie viewings. Luckily, by the end of the second episode, being back with Santa felt as cozy as a warm cup of cocoa. Carol/Mrs. Claus was an equally welcome return, with Elizabeth Mitchell being just as delightful as she was in the films. One judgemental aside from Carol can bring down the entire toy-making operation, and for that, we all must be grateful.

The biggest worry for the rest of the series is the introduction of Kal Penn as Simon Choksi. He’s a single father who is also a tech-bro as toxically unaware as Bezos or Musk. His cluelessness is palpable. Promises he can’t keep are his speciality and other than being an “OK” dad, he’s not engaging. Yet, the cookie crumbs are leading us to a possible redemption arc that I just don’t see as being rewarding. We come to The Santa Clauses for a rather run-of-the-mill family comedy, so I don’t think it’s out of left field to make a prediction like this, but I really hope I’m wrong.

This is a franchise return that sparked my interest upon its initial announcement, but wasn’t sure how it would be executed. Not to sound like a 97-year-old critic reminiscing over seeing Citizen Kane in theaters, but they just don’t make these kinds of films anymore. Family comedies that don’t talk down to kids are no longer en vogue, so they truly don’t get made. After the first two episodes, it feels like we are harkening back to an era of family viewing that never panders, but still entertains all. 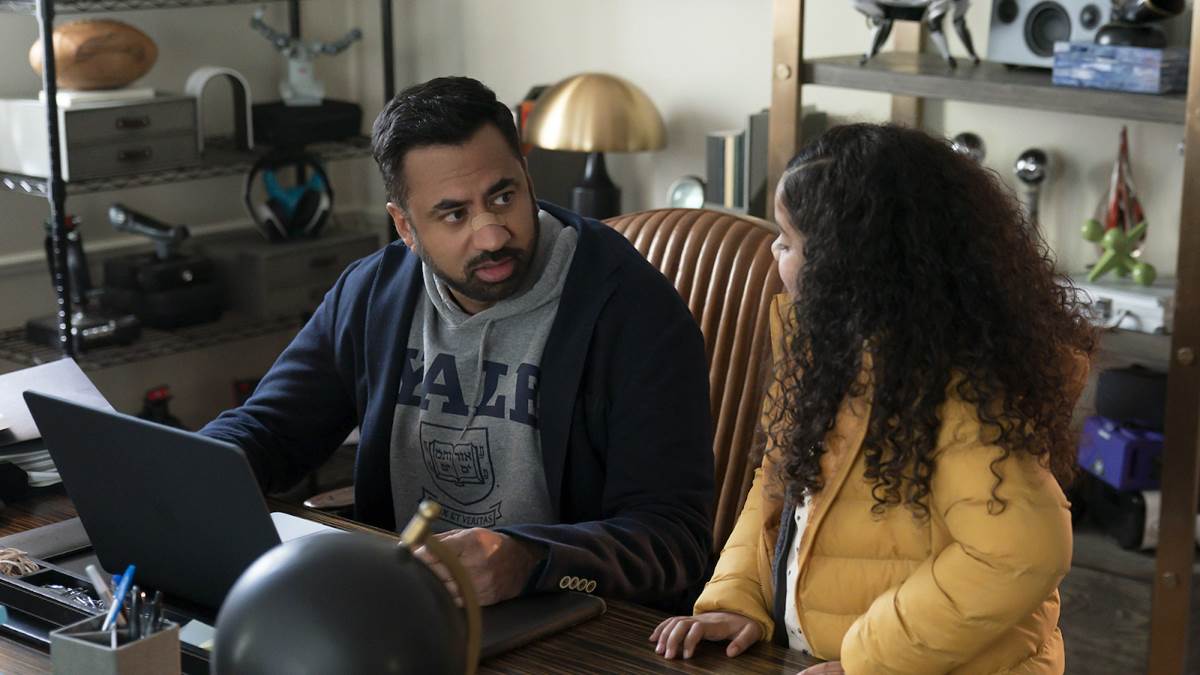 A holiday limited series featuring a beloved cast of Christmas characters? It’s a warm-and-fuzzy watch, not trying to be anything more than comfort viewing. If they make sure to escape the premiere’s trap of “OK, Boomer,” then I think we’re in for a real treat. Come for the trip to the North Pole. Stay for the absolutely wack-a-doo opening credit sequence.