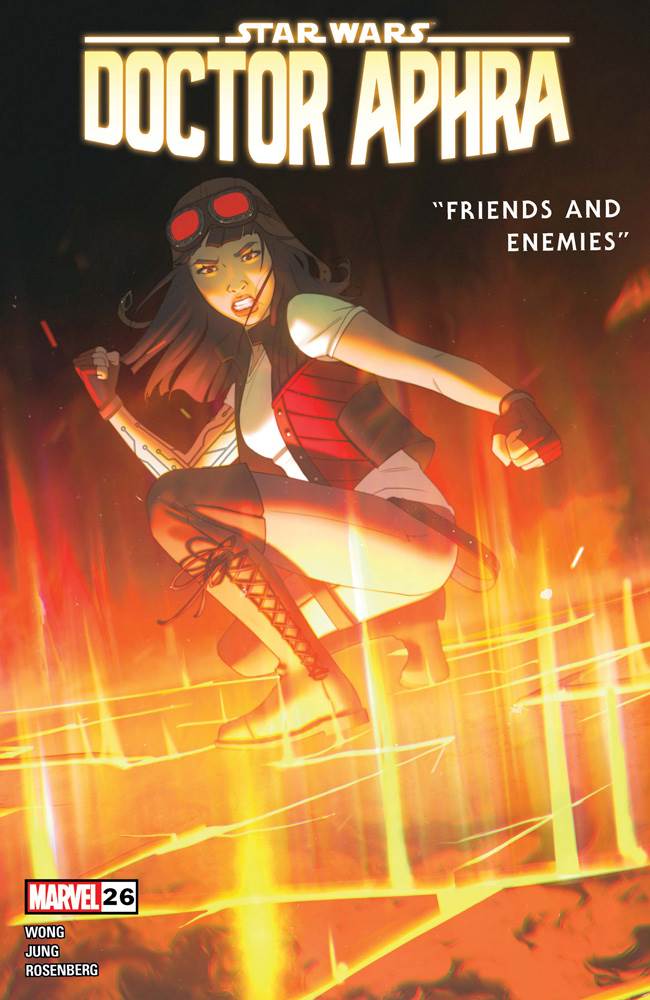 It’s a big day for Star Wars comic books with the launch of the Hidden Empire miniseries event, but before I dive into that I wanted to read today’s issue of Doctor Aphra, which writer Alyssa Wong warned via social media takes place before Charles Soule’s crossover.

Star Wars: Doctor Aphra #26 begins with the title character still trapped within her own mind thanks to her body being possessed by the ancient artificial intelligence known as the Spark Eternal, created by the dark side-worshiping cult called the Ascendant. Thankfully, a team of Aphra’s exes and frenemies has shown up on Crimson Dawn’s flagship the Vermillion to try and snap her out of the psychic prison, but that means having to enter into combat with the Spark Eternal, which is more than willing to employ some dirty tricks in battle. For instance, the Spark uses its ingrained technology to take control of Kho Phon Farrus’s magnetic Ascendant “calling gloves,” and turns them against the others. Meanwhile within her own brain, Chelli begins to concoct her own plan of escape, which is aided by the sudden appearance of Magna Tolvan, who uses her matching electro-tattoos to hack into the Spark’s mainframe and speak to Aphra. Back on the ship, the malevolent droids Triple-Zero and BT-1 take on the Spark Eternal, only to be skewered by the Null Blade and forced to do the AI’s bidding. At the climax, the Spark whispers something inaudible to the others and the reader into Kho’s ear, which suddenly turns the wannabe-Sith to its side. Then the AI escapes aboard Aphra’s ship the Ark Angel with the two now-obedient murder droids, blowing up Sana Starros’s pursuing vessel the Volt Cobra in the process. 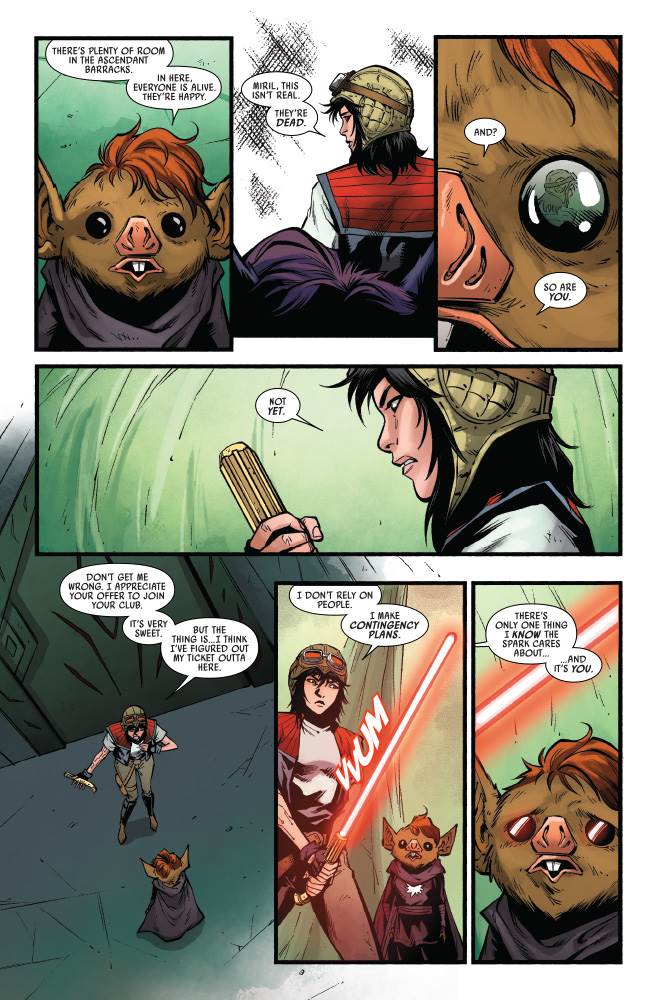 Now, do I think Sana, Kho, Magna, and the rest were killed in the explosion? Probably not, as you can see in artist Minkyu Jung’s detailed illustrations that the cockpit of the ship remains intact after the attack. But for what it’s worth, it does make for a pretty good cliffhanger ending leading into Hidden Empire #1, which will be the next comic I read and review today. And outside of the larger implications for the impending crossover, I thought this issue of Doctor Aphra was fairly exciting in its own right. There are some great action sequences that are impressively rendered by Jung and colorist Rachelle Rosenberg, and I have to admit I was more than a little surprised that this installment didn’t end with Chelli breaking free of the Spark. It’s an interesting way to keep things moving, and I’m loving the corrupted involvement of Triple-Zero and BT-1 now that they’re back as a very-welcome regular presence in this title. I have a feeling we may not get the resolution to the Volt Cobra cliffhanger until Doctor Aphra #27 at the end of December, but I’m very curious to see how the Spark-possessed Aphra herself factors into Charles Soule’s Hidden Empire. Let’s find out, shall we? 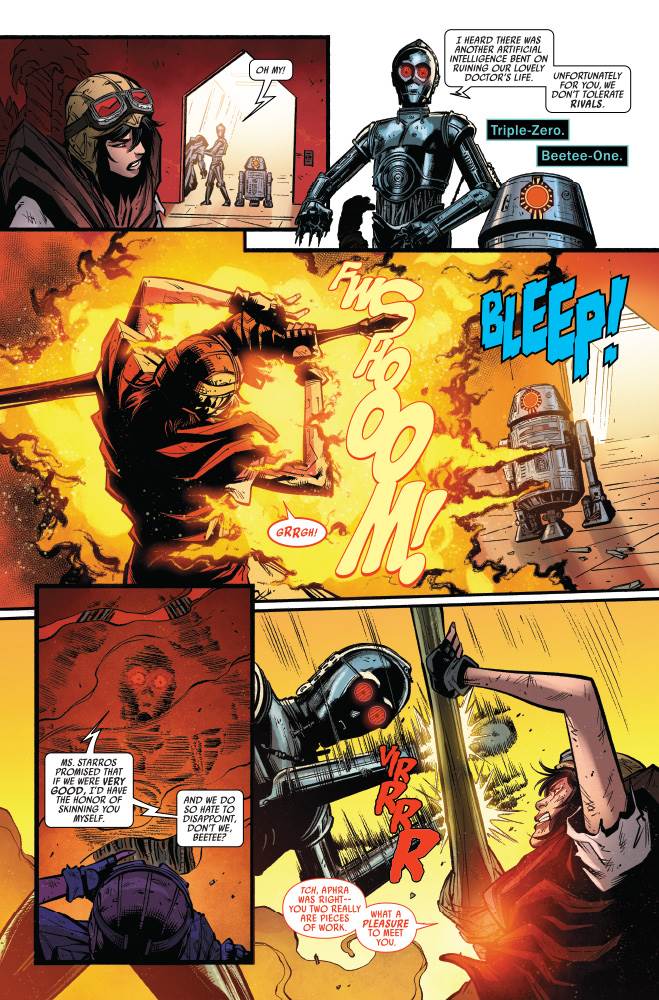